After our article Crowdfunding Worker Co-ops: 15 Examples came out, Anton from dna merch in Berlin, Germany contacted us via email about their current crowdfunding campaign to "support workers in Croatia and South Asia with limited band t-shirts".  Supporters purchase t-shirts from their favorite bands, a worker co-op makes the shirts, and a portion of the proceeds go to support union organizing efforts in South East Asia.  Below is a short interview I conducted with Anton via email.

Q: Tell us a little bit about yourselves.  Who are Doreen and Anton? 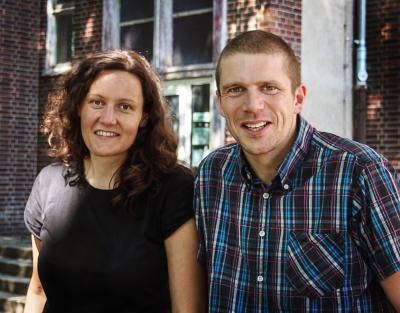 A: We are two longstanding friends from Berlin. I am an active rank and file union member and I play the drums in the ska and punk band Arthur & the Spooners. Doreen is engaged in environmental youth education. With dna merch we are now bringing these areas together!

A: We currently run a crowdfunding campaign together with 18 bands from 6 countries! Until the 3rd of January people can order special and exclusively for dna merch designed t-shirts from all these bands at www.startnext.com/en/dnamerch. With each t-shirt we sell one euro goes to the global workers network ExChains with members both in garment factories in South Asia and in European retail shops. ExChains uses the money to support workers in India and other South Asian countries in building and growing independent and strong grassroots unions. In practice this means the supported unions will be able to increase their number of full-fime activists and organizers.

Btw, we not only sell band t-shirts in the campaign. We also sell our own line like e.g. the “NO BOSS AT ALL” or the “FUCK CHARITY LOVE SOLIDARITY” t-shirts.

Q: How did you decide that you wanted to help SEA workers to build strong trade unions?  What led you to join in this struggle?

A: We source our organic cotton fabric from India and when we thought of the best way to have a positive impact on the poor standards in the garment industry there, especially as a small social business start up, the idea popped up to cooperate with the ExChains 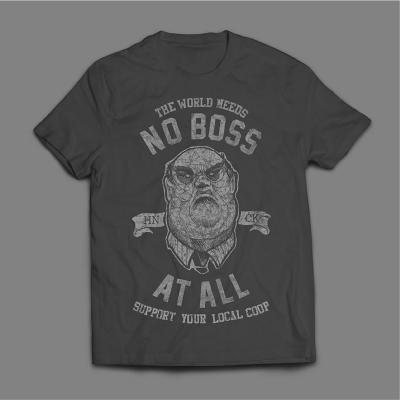 network. I did a research study for a German trade union in India back in 2011. During the project I also learned about the ExChains network’s activities so I got in touch with them and they liked the idea of using the power of music to spread the word about their work. I think we need to recognize that social and ecological certificates are a good tool to create general awareness for the situation in the global garment industry among western customers but it’s even more important to make people understand where good working conditions usually really come from. Historically, higher standards have always been pushed through from below through worker self-empowerment. That’s why we believe that the best way to improve the garment workers’ situation in South Asia is when the workers themselves can negotiate collective agreements through the means of an independent and democratic union!

Q: Tell us a little bit about Humana Nova.  How did you get in contact with them?  What is their business all about?

A: It was our goal to have our shirts produced by a worker cooperative but it took us quite some time to locate one. We first found one in Nicaragua and 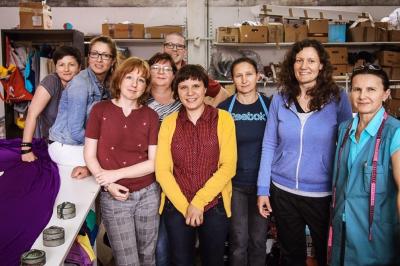 then another one in Thailand. However, we preferred Europe as a location for making it easier to visit. In the end we were introduced to Humana Nova by a Croatian trade unionist who is active in the international Clean Clothes Campaign. Humana Nova is situated in the Northwest of Croatia in the City of Čakovec and is part of the ACT Grupa, an autonomous local community centre. Humana Nova’s main areas are textile waste collection, redistribution and upcycling of used clothes and also production of new garments. Aside from Humana Nova ACT Grupa has also a public library, a publishing branch, a graphic design studio, bookkeeping agency specialised in working for social NGOs and an elderly care service.

Q: If this crowdfunding campaign in successful, what are your plans for the future?  Where do you want DNA Merch to be in 5 years? 10 years?

A: Our dream is to be able to live off dna merch. To achieve this we’ll focus more on expanding our B2B activities after the campaign has ended. We’ll offer our services not only to bands but also to screen print shops and social organisations such as environmental NGOs and trade unions. We already have produced 3.000 t-shirts for Germany’s biggest trade union IG Metall with the slogan “Refugees Welcome” and we hope that this kind of business will continue to grow. In 5 years we want to have established a running business with a number of regular customers/partners. dna merch stands for an authentic, traceable and solidary alternative to the conventional brands that are available for custom printed t-shirts. We will have started to expand our product line with other garments such as hoodies and tank tops. For Humana Nova we are the most important partner and have contributed to the stabilisation of their financial situation. In 10 years we want to be able to look at the global garment industry and see some real changes for the better like e.g. a much higher number of organized workers in South Asia!

Thanks for the Interview and please support our crowdfunding campaign at www.startnext.com/en/dnamerch

Two Interviews from Advancing the Development of Worker Co-ops 3