The Richness of Giving

Imagine a world where wealth is measured not by how much you have, but by how much you give to others. Imagine people in a huge house full of stuff being considered “poor” because they never pass any of it along to someone else. Imagine going out on a summer day and seeing sign after sign posted, not for a Rummage Sale, but for a Giveaway. There would be the same tables heaped with clothes, knickknacks, and books—but no price tags.

Sound impossible? It’s not. It’s actually a very old idea, and it has appeared in cultures around the world. The modern consumer culture is fairly new, and it isn’t perfect. So let’s consider some alternatives that would work in a community context. 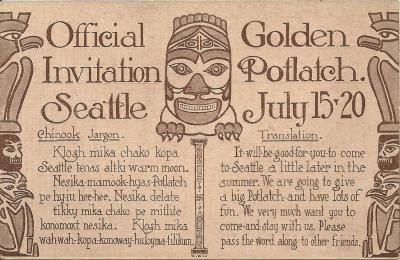 Many traditional cultures around the world have an economy based not on buying and selling, but on giving. The constant exchange of gifts fosters an intricate network of social connections. You give and receive gifts among your relatives, friends, neighbors, and coworkers. This encourages people to get to know each other's likes and dislikes. It also limits the gap between those who have the most and those who have the least, in terms of material goods. This translates well into modern intentional communities.

On a personal level, giving teaches you to let go of things you no longer need, instead of clinging to them. Practice in giving away material goods makes it easier to release old habits or ideas that have become more trouble than they’re worth. The Buddhist principle of dana paramita encompasses nonattachment and generosity; it is part of the path to enlightenment and the relief of suffering.[1] Consumerist society pressures everyone to want things. If you can avoid wanting things, or turn off the “wanting” without acquiring things, then you can enjoy more contentment and suffer less yearning.

Also, helping others makes us feel good. It’s fun to watch someone open a present and see their face light up. When bad things happen—such as a flood or a house fire—generosity can relieve some of the stress both for the victim and the bystanders. You can’t undo the damage, but you can donate clothes, furniture, food, or other necessities to replace what was lost. Then you don’t have to stand around feeling totally helpless, and the victims can begin to recover.

Finally, gift giving creates a sense of abundance. When we give things away, that reminds us that we have more than we really need. This cultivates gratitude and appreciation for the things we choose to keep. Wiccan tradition advises, “All that you do returns to you three times over.” Likewise, Inuit people have a saying, “The gift must move.” It’s like water: stagnant water yields no power, but flowing water can turn a millwheel. When we move the energy of generosity, and the gifts themselves, they gain momentum and bring greater abundance into our lives.

Different cultures have different customs and names relating to their traditional expressions of generosity. You can find examples in history and in fiction. Some survive today, but it’s a challenge to go against the consumer culture.

The Inuit, and other peoples along the northwest coast of the United States and Canada, have a custom they call “potlatch.” A potlatch is a big community party centered around a host who gives away huge quantities of food, blankets, beads, and other practical and luxurious items. The event also includes speeches by the host and guest(s) of honor, dancing and singing, a sumptuous feast, and games. Potlatches can express mourning or celebration of major life events.

The concept of a gift-driven economy is so incomprehensible to European-derived society that the government of British Columbia actually banned the practice of potlatch from 1887 to 1951.[2] They mistakenly believed that it caused poverty, when in fact, it served to distribute wealth more evenly among the community.

Lakota culture has the “giveaway” ceremony: “We hold onto our otuhan, our give-aways, because they help us to remain Indian. All the big events in our lives—birth and death, joy and sadness—can be occasions for a give-away."[3] In times of sorrow, the give-away allows grieving people to externalize their pain. There is a Lakota saying for this: “Give until it hurts.” A person would give away most or all of their worldly goods, and exercise their grief for four days. After that, their friends and relatives would come give them gifts, and the grieving person would start to feel better, having released the feeling instead of bottling it up.

Furthermore: “A wopila—a thanksgiving for something good that happened to a person—is also a time for giving away things.”[4] Such a ceremony might be held when a young girl becomes a woman, or a couple gets married, or a baby is born. The host gives away presents to express appreciation for the good fortune in his or her life, and to share that fortune with friends and family.

Give-away customs also appear in fiction: “Hobbits give presents to other people on their own birthdays. Not very expensive ones, as a rule, and not so lavishly as on this occasion; but it was not a bad system. Actually in Hobbiton and Bywater every day in the year was somebody’s birthday, so that every hobbit in those parts had a fair chance of at least one present at least once a week. But they never got tired of them.”[5]

Nor were the presents necessarily new, as revealed by one of Tolkien’s linguistic notes: “for anything that Hobbits had no immediate use for, but were unwilling to throw away, they called a mathom. Their dwellings were apt to become rather crowded with mathoms, and many of the presents that passed from hand to hand were of that sort.”[6] Fans of Middle Earth have been known to hold “Hobbit birthday parties” at which the host gives away presents.

The modern consumerist culture marks special occasions by having guests give presents to the celebrant. Conversely, a gift-exchange culture marks special occasions by having the celebrant give presents to the guests. Thus, any occasion when mainstream society would give gifts to someone is a suitable occasion for someone to host a give-away instead. Of course, there are many other reasons for a give-away, too. Here are some to get you started.

A married couple whose last infant has reached kindergarten might give away all the baby things: crib, changing table, infant clothes, bottles, etc. to new parents.

A retired couple might sell their house to buy a recreational vehicle and spend their golden years traveling—and hold a give-away to disperse most of the things in their house; everything that wouldn’t fit in the RV.

Someone who just moved into a new home could hold a give-away to thank all the friends who helped them move, or as a way to meet their new neighbors.

Someone might host a “Hobbit birthday party” and give presents to all their friends and relatives, then compare that with an ordinary present-receiving birthday party to see which was more fun.

A person joining or leaving an intentional community might hold a give-away to mark the transition.

The intentional community culture is less acquisitive than the mainstream, but more diverse than traditional tribal cultures. We’re more likely to make presents, to pass along used items, or to give services, rather than always buying something new as a gift. We’re less likely to equate cash or goods with success, happiness, and abundance. But we’re also scattered in bunches across the world, and many communities consist of unrelated people from divergent backgrounds. That’s different from what used to be the norm throughout most of human history. Things that work for mainstream folks, or that worked for our ancestors, may not always work for us now.

We often reject consumerist principles without necessarily knowing what to use as a replacement. Nor can we simply adopt customs wholesale without considering their context and implications. What we can do is study the alternatives, making an informed choice about the values we choose to express and the cultural life we want to live. Then we can adapt—or invent—customs to fit our objectives.

Elizabeth Barrette writes and edits nonfiction, fiction, and poetry in diverse fields including speculative fiction, alternative spirituality, and community. She ran the Pagan magazine PanGaia for 8 years and writes regularly for the Llewellyn annuals. Visit her blog The Wordsmith’s Forge and coven website Greenhaven: A Pagan Tradition.