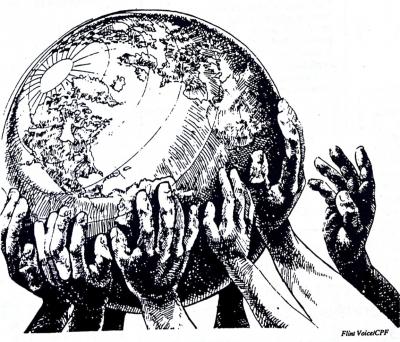 In preparing this issue, I've been reading and re-reading past Changing Works and GEOs for several months (sometimes it seems like much more than that). I've had a role in almost all of them, back to our first columns in the Planners Network Newsletter in 1983. The pages are mountainous, and their memories run deep, provoking a messy medley of emotions. Some are very personal, focused on people I was once close with. Others link me to some of GEO's constant themes and long-lived objectives; still others to unique features of our past practice that we may want now to recover.

As to the first of these, diving into GEO's three decade past was a bit like visiting a museum, or better, pouring over an immense mound of ancient family photographs. Or watching a parade of ancestral ghosts.

Where are these co-conspirators now; have their early pioneering efforts managed to survive well, made a real and sustained difference?

Where, for example, are 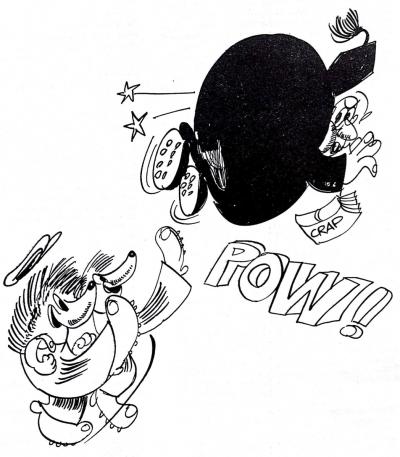 If at all possible, I resolved, GEO WILL find you, along with the many others we once chronicled. Not just for "old times sake", though there's plenty to be said for that. But to learn and discuss, once again, what you have learned, and to spread your wisdom near and far.

What did I find, in these many pages, over and over, and which still energizes today's GEO? A lot, but here are three main things:

A first point is well captured in GEO #64-65 (Winter 2004-5): "Our goal was to show that "Nothing can be done" is a myth, and that marvelous democratic alternatives were being created worldwide, whose experience could assist the rest of us to do likewise."

Plenty is still being done – actually more and more every day – and GEO's abiding job is to convey that in all its richness and all its incompleteness.

And, looking back on our three decades of headlines and issue themes, two of these stand out as north star markers. By far, the one that recurs most often emphasizes the importance of "building bridges": of connecting, collaborating, coalitioning, inter-cooperating, developing local and regional networks ... . to create formidable forms of grassroots democratic change. From "Chicago's Grassroots Economic Coalitions"(#9) to "Global Coalitions, and Globalization from Below"(#40) to "The Many Faces of Grassroots Cooperation"(#59), GEO has from its beginning opposed the fragmenting isolation of walking on single issue paths. For sure, we honor the "many Yeses" and their diversely alternative, democratic, and non-capitalist visions. But we also urge them to search for inclusive common ground – in goals as well as strategies – as they build the new, more just, humane, and earth-friendly forms of democracy.

Why so? Why this persistent demand to build bridges, find common ground, develop alliances? To put it briefly: No one alternative vision or strategy can by itself remake society, or displace the current "masters of war and oppression". (For more on this point, see Michael Johnson's article in this section, and my discussion of an 8th Cooperative principle)

Our other most frequent focus has been on youth and education; in particular, on the "education gap", or the "missing link". Issue 36 put it this way:

"If we are to build a road ... that others can join and continue for seven or more generations, if we are really in for the long haul – education cannot be neglected: How can we learn to create, maintain, and spread a powerful culture of democratic initiative? This sort of question, we think, has been largely ignored by grassroots economic activists...."

Recently, efforts have been made to close this gap, notably by the New England Farmers Union, and the USFWC's DAWN program, among others. These good fresh starts, however, mostly provide important basic information or training for co-operatives. Lacking still, is the development of spaces – physical and cultural locations – in which a genuinely cooperative and democratic culture can be birthed. Spaces in which the values, processes, strategies, and allies needed to create that sort of culture are embedded and nourished. Examples of such deeply educational spaces can be found in Tennessee's Highlander Education and Research Center, now in its 90th exemplary year, and are richly characterized as "public homespaces" by Mary Belenky and others in A Tradition That Has No Name: Nurturing the Development of People, Families, and Communities.

Today's GEO, in contrast with earlier versions, is primarily digital and available free to all online. But there are content, and maybe even mission, differences as well. Foremost among these is that our current issues only rarely feature the voices of grassroots or rank-and-file practitioners, people whose daily life is spent within or helping create cooperative enterprises or democratic workplaces.

In addition, our predecessors in CW and early GEO were clear about their commitment to provide an interactive place for these voices, and typically hosted forums in which their views and experiences were highlighted, shared, disagreed about, and listened to: e.g., our last two issues of Changing Work (Spring and Fall, 1989) were primarily given over to an ongoing forum of this sort. It featured dozens of diverse hands-on folks addressing the issue of how far cooperative and workplace democracy had progressed during the 1980s. In addition, at the start and for a long while afterwards, we ran a regular department, called Postal Exchange, which was constantly filled with comments, suggestions, and feedback of all sorts from our readers. By issue #3 of GEO (March/April, 1992), we happily wrote:

"... a healthy pattern has begun to emerge: GEO is increasingly written by or about our own subscribers ("participatory journalism"?) ... .almost every week, letters arrive from subscribers which contain at least the seeds of fresh and useful stories ... "

" ... subscribers have sent in fresh and well-targeted materials from Bosnia, Ohio, Wisconsin, Toronto ... When the dust settled, we realized that this issue, with the exception of editor Curtis Haynes' piece on cooperative economic development in African American communities, came entirely from you, our subscribers ... keep the flow coming!"

This has not happened nearly enough recently, and it seems to me a significant loss, one we at GEO need to think about reversing. Readers can certainly help, by sending us your own grass-rooted stories, suggesting other potential stories or themes, providing feedback of all sorts on articles, offering graphic or design assistance ... Let's see the flow rising again!