[Editor's note: the following is a critique of  Survey of Co-operative Capital, by A. Michael Andrews; published in March 2015, by the International Co-operative Alliance’s blueprint for a co-operative decade.]

This is a disturbing and potentially dangerous report for three reasons: 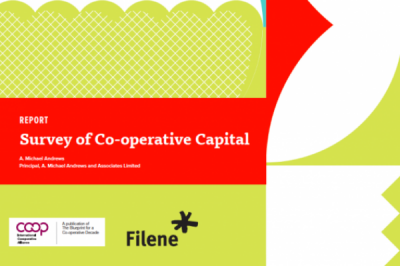 Co-operative Capital is a problematic point of reference for a couple of forthcoming conferences in the UK and international co-operative movement.

Debt finance can be fatal for co-ops

The report notes on page 5, “Not all examples [of co-ops raising external capital], however, have been successful... In other cases, co-operatives were not financially successful after attracting outside investors, leaving the failed business in the hands of external creditors. A further consideration is that even when members retain legal control, outside investors may still exercise influence over the co-operative.”

Given that many economies are in recession, it is not uncommon for a co-op to have financial difficulties. In these circumstances, debt finance can, in effect, sell part-ownership of the co-op to the debt provider.

The report presents various case studies of co-ops taking on private debt finance instruments, such as loans from banks. There is woefully insufficient warning that as soon as a co-operative cannot pay all its debts on time, ownership and control may pass from members to creditors.

On page 19, the report promotes ‘The Irish Model’. “The Irish Model, also called the Co-op-Plc Model, is a type of minority interest investment distinguished by the subsidiary being publicly traded and the original co-operative parent being transformed into a non-operating holding company. The prototype for the Irish Model was the reorganization of Kerry Co-operative Creameries in 1986.”

A public limited company (plc) aka publicly traded company, is run on the principle of one share one vote, not one member one vote. The report fails to mention that Kerry Co-operative Creameries, and its farmer-members, have lost majority ownership of Kerry Group plc. Why is an ICA report pretending that a non-operating holding company within a plc means that “co-operative control was maintained”? Let’s call a spade a spade – this was demutualisation of a co-op into an only-for-profit company.

The ICA is the self-proclaimed ‘ultimate guardian of the co-operative identity’. Yet the ICA’s World Co-operative Monitor casts an incredibly broad net, when defining and counting co-operative businesses, such as Bupa. Bupa is not a listed company, but a private health care provider that cannot reasonably be described as a ‘mutual’. Just because a business, like the Co-operative Group, has been accepted as a co-operative in the past, does not make it a co-operative now.

Why does the ICA’s Monitor, and this report, not distinguish between mutuals and co-operatives that meet ICA’s own principles?

Another disturbing example, on page 26, is of ‘closed membership’ co-operatives, such as South Dakota Soybean Processors and the Iowa Turkey Growers Co-operative. Why is an ICA report talking about so-called co-operatives that breach the ICA’s first principle – open and voluntary membership?

Many co-operatives start and are sustained by ‘sweat equity’, i.e. unpaid labour that is sometimes exchanged for exclusive member benefits such as a home, or the right to supply goods. The importance of sweat equity merits more than just three, somewhat bizarre, sentences on page 22.

I learnt little that was new for my work with genuine co-operatives, i.e. businesses meeting the ICA’s seven co-operative principles. My everyday professional work is much better informed by Simply Finance, published in 2011 by Co-operatives UK www.uk.coop/simplyfinance.

I found the methodology and content of Survey of Co-operative Capital very problematic. It prompted me to question its motivations. Why was an IMF manager employed as author? Why does the report list the total equity of the world’s largest 300 co-operatives and mutuals? The data includes the amount and percentage of external (i.e. non-member) capital. Is this a hit list of co-ops and mutuals for private capital to take over?

Experience shows I am not being paranoid. The IMF has used debt finance to force the privatisation of public assets. Capitalist banks and hedge funds are predatory. They have an insatiable appetite to grow and maximise private profit. They are looking to acquire assets currently held by the mutual and public sectors. Right wing governments encourage demutualisation and asset transfer – they have an ideological hatred of common ownership of assets and services.

ICA should be at the forefront of defending co-operative assets, the co-operative identity and its own principles, rather than diluting and confusing the issues beyond recognition.

Jo Bird is a cooperative business consultant and long-time pro-democracy activist and organizer.  Her full bio can be found here.