The Other Side of Me Too

One Man's Story of Sexual Misconduct

[Editor's note: Last December we published a review of Steve Wineman's novel, The Therapy Journal. It tells the interlocking stories of two women living in the aftermath of sex trafficking and childhood sexual abuse. Since trauma is at the core of all forms of oppression, we saw his novel as quite relevant to GEO's efforts at social transformation. In this short article he returns to GEO to share his own 'me too' story in order to add a male voice to the public acknowlegment of male abuse of women. Steve is also the author of the nonfiction book Power-Under: Trauma and Nonviolent Social Change.] 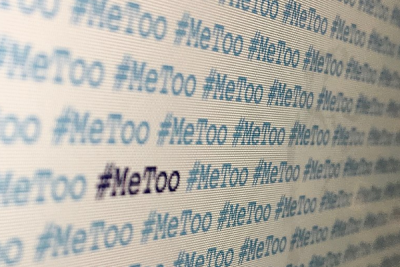 During the same week when 156 women came forward, with courage and eloquence, to confront Larry Nassar with their accounts of the impacts of his sexual abuse, a roomful of elite British men were conducting business as usual—sexually harassing hostesses at the Presidents Club Charity Dinner. The juxtaposition of these events speaks volumes about how far we still have to go to achieve broad changes in men's attitudes, values and behavior in relation to sexual misconduct.

The all-men's charity dinner was attended by prominent British politicians, corporate leaders, financiers, and entertainers. According to an exposé in the Financial Times, which sent two reporters undercover to the event, there were widespread incidents of men groping hostesses, making lewd comments and propositions. “Hostesses reported men repeatedly putting hands up their skirts.”

Evidently, the behavior of these men was utterly unaffected by the Me Too movement. They surely are not alone. As women in huge numbers have been raising their voices about male sexual aggression, there has been a pervasive silence among men. Yes, some men have spoken in support of women who've been harassed and abused; and some prominent men accused of misconduct have apologized for their behavior. But how many men, of their own volition, have come forward to publicly acknowledge their participation in sexual behavior that causes harm?

There is a vast underside to the accounts of all the women who have proclaimed me too — men's own stories of how they have harassed, groped, controlled, ignored “no” and cues indicating no, or have engaged in acts of blatant sexual coercion. This is the side of the Me Too movement that's missing in action, a movement of men stepping up to say me too, this is what I have done, here is how I have been part of the problem, this is a moment in which I choose to start taking responsibility for my behavior.

Here is my me too story.

It was August 1966. I was seventeen. I was with a young woman whom I'll call Patty. For about six weeks we'd been involved in a slowly developing summer romance. On the night in question we got drunk. Up to a point our physical contact was consensual. Then I started to do a kind of touching we had not done before. Patty said, “Steve, I'm about to say no.” I said, “What would you do if I raped you?”

Patty was four years older and infinitely more sexually experienced than me. She said, “You mean if you made love to me?” She seemed calm, unruffled, sure of herself; these of course were only my perceptions. I agreed that was what I had meant. She said, as if with a shrug, “I'd make love to you.”

As it turned out we didn't have sex that night. Maybe somewhere beneath my conscious awareness I understood that Patty didn't want to. I don't think I was wired to carry out the sexual aggression of my words. Maybe I was just too nervous.

If we can marshal the courage to speak our painful truths, we may be able to find a path to reconciliation.

A few years later my consciousness began to be raised by the women's movement. As I came to believe in gender equality and to understand the critical importance of consent, I looked back at that incident with Patty and felt gratitude for the forces, whatever they were, that stopped me from raping her. The story I told myself was that nothing actually had happened; just a close call at a moment when I was too young, too drunk, too steeped in the patriarchal culture of my upbringing to know better. That's the story I have continued to believe for most of the intervening time.

But now, at another moment of consciousness raising, I understand how much did happen when I told a woman I was thinking of raping her. I didn't commit the physical act, but saying those words was very far from nothing. I wanted to believe that Patty being older and more experienced meant she was equipped to fend me off; but how much of her experience was with other young men who had disrespected no? Surely enough to prepare her to know just what to say, how to call rape by another name, how to glide from no to a resigned acquiescence. I wanted to believe that my bluster was laughable, pathetic. It may have been those things, but it was also something else: I was channeling the worst of my male socialization and doing harm. Along with so many other men — me, too.

There is a reason why men should be coming forward with stories like mine, and it has nothing to do with shaming ourselves. We have an opportunity, in this moment of heightened awareness, to stand in solidarity with women and work toward a social transformation that can't happen with men watching silently from the sidelines. If we can marshal the courage to speak our painful truths, we may be able to find a path to reconciliation.

A Map of the Heart