International Solidarity With the Workers of VIOME Facing Possible Liquidation

[Editor's note: In Greece, Thessaloniki's VIOME cooperative recently celebrated their second year in operation.  Like many "recovered businesses" in Latin America, VIOME has faced continuing legal threats to its existence since workers first occupied their factory.  Despite the fact that the former owners stole hundreds of millions in wages from their employees—a crime for which they were found guilty— the cooperative is now being faced with a possible liquitdation order from a bankruptcy court judge.  Donations to support VIOME can be made through their website.] 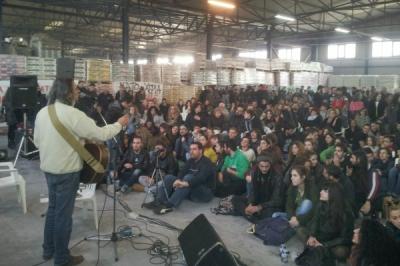 The workers of VIOME in Thessaloniki, Greece, have stood up against unemployment and poverty by carrying through a long struggle to self-manage the occupied factory in very adverse conditions.  For two years now, they have been producing and selling ecological cleaning products at the occupied premises, ensuring a modest income for their families.  They have been working on terms of equality, taking decisions collectively through the general assembly.  At the same time they have received a big wave of solidarity from Greece and abroad, converting their struggle into an emblematic struggle for human dignity in crisis-stricken Greece.

The ex-owners of the factory, the Fillipou family, have never stopped trying to obstruct the process, posing legal hurdles in every step along the way.  Four years ago they abandoned the factory, keeping all the benefits to themselves and leaving hundreds of millions in unpaid wages to the workers, condemning their families to poverty and misery.  Today they appear again, conspiring with the state-appointed bankruptcy administrators and the judicial system in order to liquidate the company. 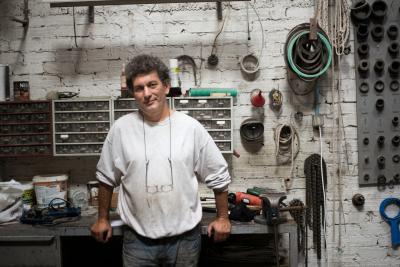 While the ex-owners were convicted to 123 months in jail at first instance for the millions owed to the workers, the court of appeals reduced this sentence to a 43 months suspended sentence, thus in effect absolving the ex-owners from having to ever pay back the workers.

At the same time, on March 23 there is a new trial to evaluate the administrator’s request to liquidate the machinery and the premises.  If the court rules in favour, big financial and real estate interests will have the opportunity to gain a foothold in the VIOME premises. 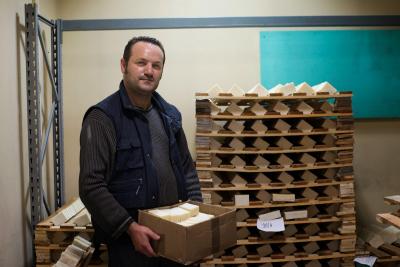 The workers of VIOME and the national and international solidarity movement are determined to resist a possible sell off by any means available.  On Friday, March 20 we are carrying out a protest at Thessaloniki’s city centre, including a farmers market and the direct sale of the VIOME products to the public.  On Monday, March 23 we gather in front of the court house, to protest against the intention of the administrators and the judges to liquidate and sell off the company and its premises, to condemn the workers and their families to unemployment and misery in order to serve the interests of the powerful.

Furthermore we declare that, regardless of the ruling of the court, we are determined to stand our ground and defend the VIOME factory, a workplace that was kept alive thanks the determination of the workers and the solidarity of the wider community.  We refuse to surrender it to the judicial powers, which 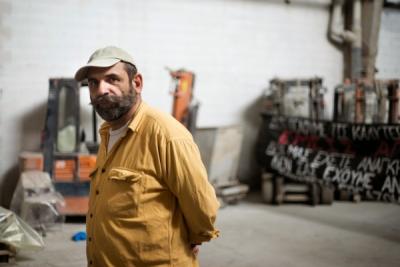 have repeatedly denied justice to the workers and the underprivileged.

Our destiny is now in our own hands, we manage our work and our lives ourselves. We will not permit anyone to destroy what we have built with so much effort.  We declare to the judges, the police, the administrators, the ex-owners and any prospective buyers:

VIOME IS NOT FOR SALE!

VIOME WILL REMAIN IN THE HANDS OF THE WORKERS!