From Mondragon Networking to Franchising

The Arizmendi Association Model of Financing 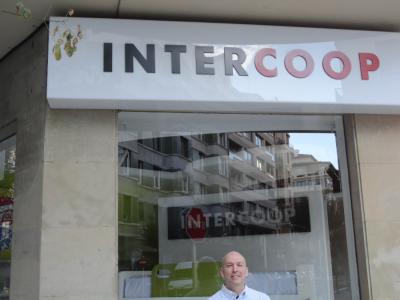 The Arizmendi Association model of financing draws on elements of successful European cooperative networks we have studied (specifically the Mondragon and Italian models) as well as a business model native to the United States, such as franchising (for more information about the Arizmendi Association of Cooperatives see here).  Lessons we drew from the European networks were:

From franchises we learned the importance of sharing administrative, marketing, etc. costs over many enterprises.  We wished to adapt some of franchising elements while leaving behind the top-down monolithic elements.  We decided this was possible by turning a franchise model on its head with locally-rooted enterprises controlling shared services, or what we call central-services-without-central-control.

A revenue-based fee (typically between 5-7%) constitutes the primary income flow for franchises.  The fee is revenue-based rather than profit-based because (1) the central franchisor would expect the individual franchise businesses to manipulate/minimize profit; and (2) the central franchisor wants to get its money whether or not the individual franchises are prospering.  The Arizmendi Association founders preferred a profit-based fee (or perhaps more accurately in cooperative terms, a surplus-based fee) because we wished to operate on a principle of from each according to ability, to each according to need (with cooperatives having greater financial resources contributing more, but cooperatives with no positive cash flow receiving full support without contributing any money).  We appreciated the complexities of adopting a surplus-based fees formula and decided to start out with an adaption of the franchise finance mechanism:  a 4% of revenue fee, but no fees due that would result in negative cash flow.  It was trusted that the fee would be adapted based on experience. [Rather than being set in contract, the fee is adjusted upward or downward by the Association’s board of directors which is primarily comprised of community-store members. The board is currently comprised of a dozen representatives from our bakery cooperatives and two representatives from the Association’s staff collective.]

After a few year’s experience an alternative fee formula was adopted, with the fee being the lower of 4% gross revenue or 25% of profit (more technically, “adjusted net income” rather than conventional “profit”…for those technically inclined/curious, we adjust the “profit” shown on a conventional accrual profit-and-loss statement to better reflect a cooperative’s real-world financial performance by adding in principal payments as an expense and deducting any depreciation expense tied to initial capitalization).  While the Association was not much concerned with a member cooperative consciously adjusting their expenses/compensation to reduce profit/fees, we wanted the fee formula to apply equitably to member cooperatives regardless of whether, for instance, they increased wages/benefits as quickly as revenue allowed or kept wages/benefits as low to facilitate greater patronage; this was achieved by calculating the fee formula as though every cooperative paid its staff wages and benefits equal to 40% of revenue. [This is a bit of a simplification; for those interested in the technicalities, please find the details of the fee formula by clicking here].

In addition to having the advantage of more accurately assessing a member cooperative based on its relative ability to contribute to the Association’s mission, a profit-based fee was more suited to the Association’s vision to expand into a variety of industries: contributing 4% of gross revenue might be sustainable for bakery-pizzerias (the Association’s initial project/industry for business “replication”), but too high (or low) for another industry. In theory, however, a bakery is just as capable of contributing 25% of its profits as a low-margin retail business or high-margin high-tech business.  But there are still somewhat arbitrary or industry-specific assumptions in determining our 25% of profit (such as assuming 40% of revenue goes towards labor compensation, 40% being a typical distribution established by our earliest bakery cooperatives).

The Association has recently adopted a formula (that applies to our member cooperatives after their first 15 years) that may have broader industry-applicability and long-term sustainability. This formula might be termed the ‘solidarity worker’ formula or ‘ghost worker’ formula:  a cooperative pays a fee equivalent to the compensation for one full-time worker. Conceptualized a bit differently, you could say that a bakery with twenty bakers engaged in the daily labor of feeding their community is supporting one extra worker engaged in the work of spreading the benefits of cooperation to those who do not currently enjoy democratic employment. Technically, it’s the compensation related to one worker (wages, benefits, payroll expenses, and patronage) for every 20 workers employed; thus a bakery with 20 workers pays the compensation-related for one worker and a bakery with 30 workers pays the compensation for 1.5 workers.  This adjustment will eventually make the formula more applicable to other industries where the average business might employ a couple dozen or hundreds.  [Another technicality:  in defining “full-time worker,” we use the number of hours the Bureau of Labor Statistics finds is worked by the average U.S. worker with full-time employment. In practice, Arizmendi workers fall far below that number since – contradicting classical economic theory – individuals work less rather than more hours as compensation rises, and the point of the solidarity worker formula is to reach out to those workers who do not yet have and would crave full-time employment.]

So how are these fees used to support and expand democratic employment?  First they cover support services (accounting, legal consulting, organizational training, etc.); any surplus beyond what is needed for support services goes into a fund for launching new cooperatives.  The Association does not currently build enough of a surplus that it can completely self-fund a start-up; rather, we contribute technical as well as financial resources and use this contribution to leverage loans for the start-up. In the example of our latest start-up, the Arizmendi Association paid for:

Putting aside matters of intellectual property and good name, all told the Association’s contribution in paid labor and cash for a start-up approaches a quarter-million dollars.

This funding model has facilitated steady progress on an independent path of cooperative development (and, I believe, delivered considerably more in cooperative jobs per dollar than foundation-funded efforts). The steady progress, however, has been a very slow steady, given our restricted bootstrap budget. Our budget typically supports somewhere between 1 and 2 full time Association staff members, depending on whether we are in active launch stage or the support/recovery stage of our development cycle.  From the beginning, we projected that we would need to struggle and scrape until we got to five bakeries, and then would have a critical mass (in terms of fees and other resources generated) to support accelerating growth. We have never thought of ourselves in the business of building bakery cooperatives, but building an engine for accelerating cooperative growth.  We now have our fourth profitable (fee-generating) bakery, and following a sustained struggle, seem to have successfully re-launched one of our 2010 start-ups so that it can maintain profitability and be the fifth.  So, ideally, we will mark this as the year the engine was built and can spend the rest of the Decade of Cooperatives pushing the accelerator.

Tim Huet is a founder of the Arizmendi Association of Cooperatives, and is a member of its Development & Support Cooperative.  In addition to his work with the Association, Tim serves cooperatives as an attorney and organizational developer/trainer.

Introduction: The International Year of the Cooperative