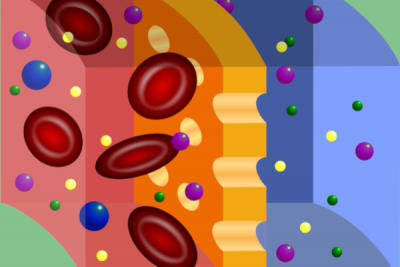 Because groups are composed of humans, there is always an emotional component present at meetings. It may not be ascendant at any given moment and may not need attention, but there will invariably be times when it will. Amazingly enough, most groups never talk about how they want those moments to go. They just hope to survive them.

I think we can do better.

How did we get in this mess? It's not hard to understand. Unless you purposefully stop and think about, meetings in cooperative groups are fairly likely to unconsciously mirror the meeting culture we all grew up with, which is that business will be wholly conducted in the rational realm.

While there is unquestionably a smattering of exceptions, the predominant way we run meetings in the US is to have everyone offer their best thinking—and if a response originates as a feeling, as a queasy stomach, or as a krick in the back of the neck, the person is expected to politely translate that into ideation before sharing with the group. In actuality, humans absorb information, process it, and "know" things in a complex variety of ways, only one of which is rational thought.

There is also emotional knowing, intuition, spiritual, and kinestethic. While it's rare that all of these are in play at the same time, why is it smart to force everything into a single language? I believe a better strategy is to widen the playing field and work in the original tongue. In this essay I want to focus on just one of these neglected languages: feelings.

What if groups expressly welcomed members' emotional input? I believe this change has the potential to substantially alter meeting culture for the better. In groups that lack an agreement about handling strong feelings, the most common response is shut down. Work on issues tends to come to a screaming halt in the presence of screaming. For many of us, the emergence of strong feelings is accompanied by aggression and damage to relationship. As no one wants to be the target of someone else's scathing comments, there is often an overwhelming urge to put a lid on it before someone gets hurt.

While that urge is understandable, I don't think it's the best response. For one thing, it's unsatisfying. For another, it's expensive. You don't make progress on the topic (which is hostage to the distress), you have surfaced strain in the group which has deleterious consequences on trust and relationship if allowed to stand unaddressed, you have missed an opportunity to harness the energy that fuels the upset, and you have missed the chance at the information that undergirds the feelings (they didn't occur in a vacuum). That's a large downside.

If the group gets paralyzed in the presence of strong feelings, it starts to shift a lot of things. Not only does it stall things out in the moment, but people learn to be cautious about what they say if they think it may trigger reactivity. Thus, it distorts the conversation even before reactivity emerges, which impedes progress and contributes to meeting fatigue. Inefficient meetings paired with occasional unproductive outbursts are enough to discourage attendance, which further degrades the ability of plenaries to get the work done (it's damn hard to build solid agreements with voices missing). So not being able to deal authentically with fulminating upset is expensive. I'm not saying it's easy—only that it's costly if you don't.

Given that emotional responses are normal and relatively common, I believe groups function better if they can treat reactivity as a normal occurrence—rather than as a moment to be feared. I believe you can ask participants to limit emotional expressions in two important ways:

a) It should be related to the topic at hand—the same standard you'd have for any contribution to the conversation; and

b) It's OK to express your feelings, but you should check aggression at the door. That is, no attacks. No negative judgments. Thus, there is a significant difference between these two statements of the same event:

Statement 1: "I'm furious that you walked out of the common house kitchen while you were frying bacon and a grease fire broke out."

Statement 2: "You fucking idiot! How stupid do you have to be to leave the kitchen unattended with bacon frying on the stove? You could have burned down the entire common house!"

Work on issues tends to come to a screaming halt in the presence of screaming.

Both statements make clear that the speaker is seriously upset with the cook's neglect, but only the second one goes into attack mode, dumping on the cook. While many people my "hear" the judgment of the second statement when only the first is said (feeling the attack implied by tone), the truth is that the first statement is clean, by which I mean the person is owning their feelings and making no demands. It allows room for movement.

This is what I mean by a "semipermeable membrane," allowing a free and full statement of feelings, while objecting to aggression. This is important because the way through this is by starting with a validation of the feelings, and that task is made much more complicated if you first have to navigate an attack, which is likely to generate more reactivity and heighten volatility. This can get very messy in a blink.

The person in distress often feels isolated and suspects that people may not want to hear what they have to say. Often their heart is racing and their attention is distracted by a busy internal dialog. I think of this as virtual earwax. In the extreme, a person can be so consumed with their distress that no outside information gets through—they hear nothing that others say and are therefore unavailable to collaborate in building workable solutions. And even if their ears are not completely clogged, partial plugging can still result in serious distortion.

In this condition, it is essential that you connect with the person in distress, showing that you want to know what they're feeling and what it means. When done well this is always deescalating, and serves to clean the ears out. Note that this is not a promise that you're taking their position; it's a good faith effort to understand their position. Others may hold similar views, or maybe not. Facilitating an upset person means being their ally to get accurately heard; it does not mean that anyone will agree with them or that they will get their way. That will depend on what others do with the information. By not overreacting to distress it undercuts the tendency to give upset people additional influence on what happens (in the mistaken belief that placating them will create safety—if people get what they want they'll be less likely to lash out). When groups respond this way they encourage people to go into distress as a strategy to control outcomes. It's not pretty.

In the model I've laid out, you connect with the person in distress for the purpose of understanding what the reaction is and how it relates to the topic. Once you've achieved that to the person's satisfaction, you continue the examination of the issue. As I see it, on-topic upset is not a distraction, it's just another way to enrich the conversation.

The corner you're trying to turn here is accepting the normalcy of reactivity and getting the group to not react to reactivity—to receive it as just another form of input, to be weighed on merit, rather than on decibel level or the amount of tears shed. Those aspects are part of the input and taken into account, but they are not determinant (prove that you love me by giving me what I want). In any event, you certainly don't want to abruptly terminate the discussion just because someone is in reaction. You want the emergence of distress to be a time to lean in, not to shut down.