Developing Range: Holding the Reins Only as Tightly as the Horses Require 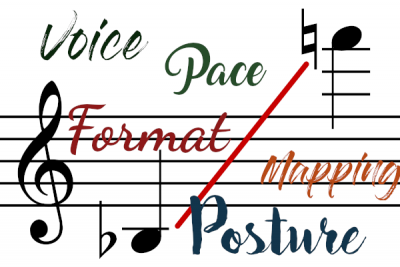 Ground Rules
This is the facilitator's license to act, and should be explicitly established at the front end of a meeting.

Lacking authority to run the meeting, the facilitator may not be able (or even allowed) to redirect  inappropriate comments. In groups where this happens the facilitator devolves into someone whose role is diminished to deciding who will talk next—which is just a shell of what it should be.

This is the list I usually work with when hired as an outside facilitator:

• Emotional expression is OK; aggression is not
• If confused about what's happening, ask
• Raise your hand to speak
• I'll try to call on people in the order in which they raise their hands, but may alter that based on who has not spoken recently or to follow a thread
• Silence means assent (at least on procedural matters)
• If the group is undecided about what to do, the facilitator will make the call
• I'm here for everyone
• I’ll interrupt perceived repetition
• I'll keep people on topic
• I'm agreement oriented
• Assume good intent
• Please silence all electronic devices (we don't want to be interrupted by the clever jingle on your cell phone)

While these can be phrased differently and additional ground rules can be added (don't be shy), this set has served me well.

From this list, I want to shine the spotlight on three in particular:

—Emotional expression is OK; aggression is not
This is a fork in the road. Many groups never even have a conversation about what to do with emotions, much less what permission they give the facilitator to work with them. For the most part, the default position of most groups is to discourage people from expressing their feelings (treating it as a loss of control), and then hoping for the best.

Better, I think, is anticipating that feelings are going to be in the room (whether they're expressly welcome or not), and that you're ahead of the curve to anticipate those moments. Necessarily, that means authorizing the facilitator to recognize and engage with feelings, which means, at a minimum, connecting with the person who is triggered.

Thus, facilitators need to be able to work accurately at an energetic level (trust me, people who are upset will be able to tell in a blink whether they are being heard or managed, and bullshit won't cut it) and that's a question of range.

—I’ll interrupt perceived repetition
While it's usually not that hard to tell when someone is going around the mulberry bush for the second or third time, it can take some courage to interrupt the speaker to point that out. While the recipient of this feedback may be gracious about it (whew); they may instead be outraged to have been called out. (I've had plenty of unpleasant moments when the speaker did notappreciate my cutting short their repetition.) So it calls for range to be the traffic cop, knowing that you might be the object of some icy stares or barbed retorts for pulling someone over for driving too slow and holding up traffic.

—I'll keep people on topic
This one can be tough to discern. When a speaker has an unusual way of organizing their thoughts it isn't always obvious whether they're getting to their point by first circling Pluto (in which case you need to throw them some more line) or whether Pluto is their point (in which case you need to redirect). To be sure, this is basically another version of traffic cop, writing people up for leaving the scheduled route without permission.

When you're aware of tendencies in the group to indulge in indiscretions, sometimes the facilitator operates with a tight rein—so there is minimal room to misbehave. In the extreme, I've seen facilitators take up half the air time, offering up a more or less constant stream of guidance about where the group stands and what kind of comments are welcome. That's going too far in the other direction.

Taking on the persona of traffic cop (essentially being a disciplinarian) does not necessarily come easily to every facilitator and thus is another example of range.

Voice
When things are going well, the facilitator needs neither a loud voice nor a big stick. Unfortunately, meetings don't always proceed in laminar flow, and there may be moments when you need to project firmness in order to maintain or reestablish control.

Alternately, there may be times when you need to get softer to sustain a container suitable for tenderness and vulnerability.

Taken together, you need range to handle both.

Pace
In addition to volume and demeanor, it's an advantage to be aware of pace and how adjustments to it can impact the group. In general, there will be variety among group members as to the time it takes them to  absorb information, to process it, and to organize their response. (Caution: there is no correlation between how quickly a person processes and the quality of their contributions.)

While it's probably not a good idea to always go slowly—at the pace preferred by the slowest thinker in the group (bo-o-oring!), you also need to be mindful of the dangers of leaving people behind at the ticket window when the train pulls out of the station (Oops!). One strategy for handling this is to work complex topics in discrete chunks, which allow the folks who need more time the chance to complete chewing and swallowing all the food in their mouth before more is offered. Meanwhile, those who don't need the extra time can be doing something else.

Further, certain kinds of engagement predictably benefit from a slower pace. For example, you'd ordinarily run a brainstorm at much faster pace than a grieving circle. A good facilitator will understand that and have the range to set a pace appropriate to the need.

Formats and Learning Styles
It's useful to take into account that people have decided preferences in how information is presented. Generally speaking, there are three primary styles: aural, visual, and kinesthetic. In a typical group of 20+ people all three will be present.

For the aural, meetings comprised of folks just sitting round talking works just fine, so long as they can hear. However, if you're primary intake is visual, then it helps considerably to have key points scribed on an easel or whiteboard, or to have graphics that illuminate concepts. The style that tends to be least well served is the kinesthetic learners. Sitting for long stretches can be hard for them and thus, formats that include physical movement can make a big difference in engaging this group.

If you want to be an inclusive facilitator your repertoire of needs to include a range of presentation and engagement styles that services all three learning types.

Road Mapping
A good facilitator always knows where we are in the conversation and where we're headed (not the outcome; but the sequence by which we'll get there). The better you can see around the curve, the more productively you can align the work in the present moment to serve where you expect to go.

Standing or Sitting
How the facilitator positions themselves in relation to the group impacts proceedings as well as their words. Understanding the language of positioning is yet another example of range. When sitting, the facilitator is either holding the reins loosely or reinforcing a request for a slower pace (perhaps for doing heart work). When standing, the facilitator has a stronger presence and tends to command greater respect.

Thus, standing up will get everyone's attention—highly useful when the group needs to be reined in. Sitting down indicates that all is well, or it's time to drop down into a softer, more reflective space. Walking toward a speaker sends the wordless message that it's time to wrap up, or they otherwise have the facilitator's undivided attention—perhaps because they're in distress; perhaps because they haven't responded to a more gentle attempt at redirection.

Every facilitator will have a natural style—the way they'll conduct business unconsciously. The main point of this essay is that there's considerable potential for enhancing your effectiveness if you consciously develop your understanding of how adjustments to style will impact proceedings and your ability to alter your style to fit the moment.

The Promises and Perils of Global Economic Activism