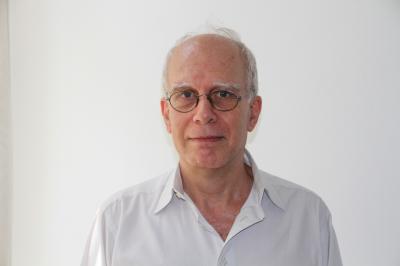 cross-posted from the P2P Foundation blog
Bruno Roelants, a longstanding champion of the Social and Solidarity Economy (SSE), has been appointed Director-General of the International Co-operative Alliance (ICA). The ICA is the global umbrella body for the international co-operative movement and represents more than 300 co-operative federations across 105 countries. From 2002 Roelants has been secretary general of CECOP-CICOPA Europe, the European representative body of worker and social co-operatives across the continent.
Roelants’ appointment is good news as he has led work to help reform laws in Europe to expand workplace economic democracy and he has also promoted efforts to develop specific social and solidarity economy laws in European countries.
The work of CICOPA internationally has been important as low paid precarious work globally has expanded since 2000, while over this period inequality has escalated. In 2011 Roelants and Claudia Sanchez Bajo co-authored the book Capital and the Debt Trap – Learning from Co-operatives in the Global Crisis. [see below for the table of contents, forward, and introduction -ed.] Their analysis showed that co-operatives have been effective in creating new jobs since 2008. Moreover, their impact helps reduce inequality while providing more secure and stable employment. However, they show that supportive public policy is crucial to the scope for co-operatives to be given adequate development space. For example, thanks to support legislation passed some 30 years ago, Italy has over 20,000 worker and social co-operatives and in the non-public care sector, social co-operatives are the largest provider. This contrasts with the UK where 8 in 10 jobs in care services are provided by the private sector.
Roelants has been a champion of the International Labour Organisation’s Recommendation 193, that the Co-operative College played a key role in researching and evidencing. Passed in 2002, this Recommendation promotes co-operatives as best practice and demonstrates that they are a highly effective way to move precarious workers from informal to formal employment, where they offer secure decent work, workers’ rights, legal protection and solutions to poverty.
In research and policy reports since 2002 for CECOP and for CICOPA internationally Roelants has championed the SSE which has become an integral part of the UN local development agenda since 2013. A recent Joseph Rowntree Foundation (JRF) report on inclusive growth has shown that the development of the social economy is crucial to tackling inequality, the housing crisis, climate change and the needs of marginalised groups. Employment in the social economy accounts for 6.5% of European jobs. In the UK employment level is below this average at 5.6%. Sweden, Italy, France, Belgium and the Netherlands have much higher ratios ranging from 9% to 11.2% and have benefited from supportive public policy.  [the report's full findings are embedded below -ed.]
The JRF findings shows that the SSE is a key provider of affordable childcare, housing and transport and enables local people to take part in economic decision-making. The social economy also builds social capital and generates community well-being. However the JRF research also show that in the UK the social economy is not being championed by influential actors, is poorly understood and inadequately supported by local government. The social economy is also wrongly perceived as primarily an answer for market failure and thus not supported well by procurement policies and other pillars for growth. Moreover as JRF shows, the expansion of the social economy is restricted in the UK by inadequate infrastructure. JRF highlights this by showing that where these weaknesses have been overcome in cities like Barcelona, Montreal, Lille and Gothenburg, the social and solidarity economy is much stronger, is growing and gaining in self-confidence and public awareness. The appointment of Roelants augurs well and should help advance co-operative development by deepening solidarity economy understanding.
Published under a CC BY-SA 3.0 license.
[full screen]
[full screen]
Go to the GEO front page

About the Author: Californian working in England and Wales, fellow of new economics foundation and a research associate of Co-operatives UK. He specialises in action research and development that focuses on innovative forms of economic democracy and community land trusts. He has specialized in innovative work on Commons solutions since 1999. Many of these solutions are covered in his 2012 book with Mike Lewis The Resilience Imperative: Co-operative Transitions to a Steady-state Economy. In Commons Sense (2014), a book he co-edited with Martin Large, the case is made for democratically capturing economic rents and land values through co-operative place making and 21st century Garden Cities.