[Editor's note: this is the fifth and final entry in a series of articles on European ecovillages by Matthew Slater.  You can read the first four entries here, here, here, and here.  This series was originally posted on Matthew's personal blog, Matslats.]

[Author's note: One condition for my GEN ambassadorship was a writeup at the end of the year. This is it, though I've written up a handful of individual ecovillages previously in this blog.] 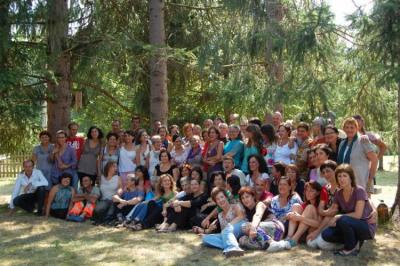 I've had the honor of spending a several days in several ecovillages, but I didn't manage to write economic profiles of all of them!

The variety of economies was as wide as could be, ranging from Lakabe which uses no money internally and has a single account for handling everybody's cash, to larger ecovillages like Sieben Linden and Damanhur which have complex bureaucratic structures with more complex money flows to help them navigate the national legal systems while retaining some degree of personal freedom and security.

I knew Damanhur had a currency, but I didn't know how long it had been running, why it started, and what a colourful history of experimentation was in it!

I explored the potential for exchange and I regret it wasn't very strong. Much better for the ecovillages to concentrate on working with their local economies and with local produce like food, than on trade with each other, where, member communities being thinly spread accross Europe, distances are a significant barrier to trade.

I also asked a lot about local enterprise. I had the impression that many ecovillagers were avoiding economic activity at scale perhaps because it reminded them of the industrialised life they had left behind. The Kibbutim in Israel had no such reluctance, and set up factories which were all the more successful for having strong participation from a committed owner-workforce. It begged the question, what kind of economy do ecovillages want? How much luxury, how much security, how much work, how much ownership? 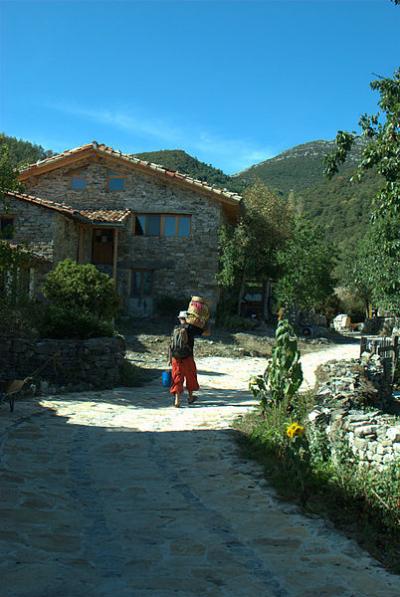 Clearly 19th Century style industrialisation is not a priority, in any of these communities, nor is anything capital intensive. Apart from agriculture which is hard to measure and mostly involves production for internal consumption, the largest enterprises I saw involved only a handful of people. The bakery in Lakabe employed several people but only for two days a week. A super wood workshop in Sieben Linden seemed to be used by only two or three peripatetic craftsmen. Damanhur had many small enterprises. Amallura was an exception because the whole place was one business.

A large part of the money-income for ecovillages comes from tourism, either through residential courses, or through the sale of nick-knacks. But the largest part comes from villagers working in the global economy. Most villages had no livelihoods they could offer potential members, and so they relied for growth on new people coming with money.

I also asked about money, debt, land-ownership, and finance for housing and business. Most villages (but not Lakabe!) were in debt, to banks; while they were benefitting from the post 2008 low interest rates, when interest rates rise (which any economist will tell you they must) these communities could lose out, bigtime.

So the next questions I have for the global ecovillage network all concern finance: