Can Cooperatives Build Better Online Tools to Disrupt the Disrupters? 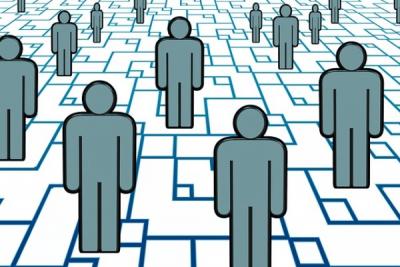 These processes were only possible because today’s technology allowed it— without smart phones, mapping or GPS the model doesn’t work. And in our society, the combination of an improved consumer experience with greater operating efficiencies guarantees a staggering level of success, regardless of the consequences to the drivers, other businesses or some users.

Of course, the question remains, why is Uber not a coop? In principle, it would be the perfect model for a worker coop: a piece of software owned by drivers around the world that helped them do their work better with the costs and surplus or profits shared. In reality, it required the high-risk VC (Venture Capital) environment to finance and build such an innovative and disruptive piece of software. Public agencies, NGOs, social enterprises and coops do not have a strong track record building innovative technology. Even the great and successful collaboratively made pieces of technology—from within the open source community—are regularly criticised for not having a great user interface. Open source exceptions to this, such as Wordpress, are run as private, profit-making companies.

The coop version of Uber will surely inevitably come, but at such a pace that when it does, Uber may have Facebook-levels of market saturation, and be midway through being hardwired into bus stops and taxi ranks the world over. Before looking at the cultural approaches that set successful digital businesses and services apart, it’s worth considering what exactly Uberfication could mean in the context of cooperatives, and why it’s of increasing social urgency that future Ubers are owned by the people who are governed by them —be that workers or consumers.

While computers have been used in management for decades, they have typically been one of two types: perhaps easiest categorised as either communication or alert. Communication-type machine management is where a manager creates a task on a system and assigns it, maybe on a space where people can leave comments. Perhaps there are a bunch of open tasks, such as on O-Desk or a Github bug list you can chose from, or perhaps you are assigned the task. Perhaps it tracks your time, calculates the cost, and takes a snapshot of your screen every ten seconds to make sure you’re not on Twitter - but in principle it’s just a machine streamlining the process of communicating (and recording) instructions. Alerts are similar but automated: for instance ‘the printer is out of paper’, or ‘the hydroelectric dam is about to collapse if you don’t open a sluice gate’. It’s communication, but the manager in this instance is a sensor of some sort, and it’s doing a job that a human probably can’t even do.

Interface machine management, as used by Uber, is a shade different because it acts as an interpreter between consumer and worker. The consumer creates a command, ‘I want a lift’, and the machine reinterprets that into instructions for workers, who compete to do the task. Finally, the consumer takes on the role of manager, writing the worker’s job assessment and inadvertently helping collectively decide how likely the driver is to stay in the job or not.

So humans are still vital. But the machine has become line manager, while the consumer has become empowered by the machine to have the final signoff, irrespective of their expertise. This fits within a ‘customer is always right’ sort of business, but less so in one full of drunk people arguing with taxi drivers about the quickest way home.

Putting aside such a disempowerment of the worker to the benefit of the consumer—we live under capitalism after all—the more concerning aspect is the massive empowerment of the machine in the process. Ultimately the software is answerable only to the management of Uber—not to the workers or even the consumers—i.e. the software is not answerable to any humans who are directly involved in each transaction.

When the machine is our boss...there is less hope for compassion

It will always be part of the company’s legal obligations to their shareholders to keep maximising possible profit, regardless of the consequences to the humans involved. Although this is nothing new, traditionally that hard edge has been softened by the natural compassion of the people involved, capable of using judgement (“Your partner is in the hospital? Please take the rest of the evening off”). When the machine is our boss, and that machine is programmed solely to serve shareholder interests, there is less hope for compassion as that’s a programming cost with little economic benefit (so we’d get the review: “driver was quiet and moody, tried to tell me their life story, would NOT recommend”).

To conclude: The promised disintermediation of management structures - with web 2’s End of the Middleman potentially becoming Web 3’s End of the Middle Manager - will empower machines and software over the worker and consumer to unimaginable levels. Where those pieces of software are designed to serve solely a CEO’s corporate responsibility to maximise returns for shareholders, this empowerment offers considerable social, health and environmental risks, and at a speed of growth that will outpace lawmakers. However, if the software is answerable instead to the workers (and perhaps consumers) it manages and serves, then the considerable efficiencies, user-experience, and flexible working benefits that this shift could bring could be cause for a certain level of hope.

As has been demonstrated by the Amazon workers sprinting around warehouses trying not to lose their jobs by meeting their numerical targets, machine-led human management feels like the harbinger of a dystopian sci-fi nightmare, somewhere between Terminator and Modern Times. A natural response might be : “such systems must be resisted, and the only answer must be to avoid them, boycott them or legislate against them”, a bit like some politicians’ understandable - if deluded - desire to outlaw any form of encryption.

But what if taxi software had been written with priorities other than maximising profits, growth and shareholder satisfaction—and instead a set of social values:

This fits into the model of win-win-win (W3?) enterprise where the personal, collective and planetary benefits each more than offset any social, individual or environmental costs. It also fits comfortably with the social values embedded within much of the cooperative world.

Cooperatives offer a further benefit unique to this culture shift of empowered machines. If software is to become the worker’s direct line-manager, then by letting the worker in turn be the machine’s line-manager a positive feedback loop can be created where bugs, injustices and problems within the software can be ironed out—in a humane, worker- and person-centric way.

But how does something like this get created without the VC support that backs startups and pushes them through rigorous development to be launch ready, then through rapid growth and into IPO? While there are countless open source projects proposing enviro-social benefits (from the Fairphone to Precious Plastic, many struggle to raise the capital and scale sufficiently to offer a convincing alternative to mainstream approaches.

So if there is one question to answer, it is not whether uberfication of the majority of industries is increasing (it seems to be), or whether worker- and user-owned coops can offer a more socially responsible and humane counter to this model (of course they do)… it’s how to finance and build software that can rival shareholder-owned, VC and IPO-driven alternatives.

It would be over-ambitious in this article to offer a single proposal to solving that challenge. Indeed, the act of answering that question may need to take the form of some engaged form of doing, i.e. only in trying to build such coops may the pitfalls and perils be understood and resolved.

There’s a secondary issue: as well as creating a new environment and techno-legal structures to facilitate digital-cooperative-Ubers, YouTubes or Facebooks, there’s a considerable and demonstrable demand for better digital tools to support traditional coops with everything from fundraising, transparency, communication, management and decision making. While this is a much different set of needs, the spectrum of digital tools around coops needs to encompass that which can support the 100,000 member ‘legacy’ coop, the small vegetable shop that wants to integrate their checkout system with their membership system, and the new Uber that wants every account holder to be a shareholder.

Rather than trying to solve all these problems at once, a sensible approach might be to create the environment for multiple people and coops to start trying to solve different parts of these problems at the same time—collaborating and sharing code, costs, information or ideas where it is useful, and trusting that the outcomes will start to materialise when sufficient numbers of smart people are resourced and networked together to try and tackle some of these problems. In other words, for there to be an incubator, with a core set of requirements, a guiding vision and core projects and APIs, but sufficient room for a range of outcomes and approaches to emerge in parallel.

This approach may help cover some of the main cultural and structural questions:

These four questions represent a version of the age old tension between the conservative and radical, the orthodox and innovative. It may be helpful to keep that tension (aka Woody vs Buzz Lightyear) as an operating condition rather than choosing one side, but to ensure that tension fuels serious, positive and responsible innovation, rather than keeping it forever trapped at committee stage or plunging into rapid innovation without considering the wider socio-enviro-personal impacts. Either way, it's likely the solutions will be found in the doing.

Nic Wistreich has spent 15 years working in independent film and web design.  He has edited and co-authored several books on film financing and is the co-founder of the indie film website Netribution.  His full bio and CV is available on his website.