cross-posted from Cooperate and No One Gets Hurt 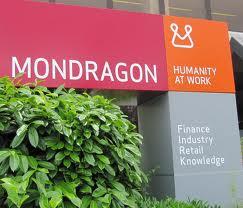 Cooperatives have much to learn from this autumn’s collapse of Fagor Electrodomésticos – the original co-op of Mondragon, the Basque model of worker ownership that encompasses more than 110 cooperative enterprises, 80,000 workers and $35 billion in assets. And a key question is whether models such as Mondragon are adequate to address the world’s interwoven economic, ecological and social crisis.

Gar Alperovitz and Thomas Hanna of the Democracy Collaborative recently asked “whether trusting in open market competition is a sufficient answer to the problem of longer-term systemic design.” They concluded that the demise of Fagor shows the limits of cooperative “projects” or “elements” within an economy designed for global capitalism. And although they don’t explicitly say so in this piece, the authors’ choice of an illustration that addresses population density (citing earlier work) strongly suggests a need for economic planning done with and by governments; this would be consistent with Alperovitz’s recent book What Then Must We Do?

However, such an approach raises serious issues around cooperative identity, particularly as a movement based on autonomous and independent entities. Co-ops lose something of their essence when embedded in efforts to plan markets into submission. It is important for those engaged in cooperative organizing to be very clear what we are talking about with regard to economic planning; this will help us avoid potential pitfalls.

Mondragon – or Fagor – may be merely a project or element at a global level, but it is also a system in its own right. Efforts to wind up Fagor also show the strength of Mondragon’s internal systems, which (as I wrote previously) are adjusting well to a major shock by transferring many idled workers to other co-ops and providing early retirement for others. The Basque regional government stood ready to assist with a three  €3 million credit line, Mondragon ultimately declined the offer.

I don’t assume that the authors are calling for socialist-style economic planning, as Alperovitz generally distances himself from that label along with “free-market” capitalism. And the Democracy Collaborative has been a leader in the efforts to create important models in which local anchor institutions (e.g. hospitals and schools) provide support for development of worker and community ownership. The Democracy Collaborative’s work supporting the creation of the Evergreen Co-ops with the Cleveland Foundation is an extremely important example.

Certainly systemic planning is needed to address crises, like climate change, through proactive efforts to change population density. Governments will inevitably be involved in such planning and it would be foolish to exclude co-ops. We must also recall that truly free markets are a myth designed to obfuscate the fact that orderly markets only function with a certain level of government infrastructure and enforcement.

However, the conclusion that we need systemic planning will have serious implications for the cooperative movement’s political neutrality in the United States.

The so-called “CO-OPs” are not cooperatives, but rather “Consumer Operated and Oriented Plans.” They were launched as a compromise intended to address Republican opposition to a government-run “public plan.” Like the public plan, cooperatives were seen as market-based solutions, providing a white-hat competitor to improve prices and choices available to consumers.

The “co-op plan” seemed like a useful attempt to repeat a hugely-successful government planning effort from the last century: In the 1930’s, investor-owned utilities were avoiding less-profitable rural areas, leaving them literally in the dark as city-dwellers enjoyed the benefits of light and power. The creation of hundreds of co-ops through the federal Rural Electrification Administration transformed the countryside and built a powerful and inspiring model that includes its own systems of development and finance.

Unfortunately healthcare CO-OPs now seem to provide the worst of both worlds: Changes were made to the statutes defining the CO-OPs and many are now in crisis as a result of the disastrous launch of Healthcare.gov – on which they are unusually dependent due to a statutory ban on using federal funds for advertising. They are tiny fish struggling in a large and turbulent pond, operational in fewer than half of the states. And although they are associating the co-op brand with a massive and controversial reform that is under attack from the right and the left, they are not even cooperatives!

The CO-OPs are also being excluded from and even harmed by Obama’s attempts to salvage the reform. The executive order allowing for extension of existing plans worsened an already challenging situation during the CO-OPs’ key start-up period. Such an extension of existing policies represents a significant reduction in their potential field of membership since everyone who keeps their old plan is also someone no longer interested in a new CO-OP plan.

The CO-OPs’ loans are still coming due despite these obstacles, while the media in some states are already discussing costs to taxpayers if they fail. The CO-OPs are also coming under indirect attack from Republicans, who raise valid concerns even as they attempt to score political points, worrying that these quasi-cooperatives might be “another Solyndra,” referring to the infamous solar company that failed despite government loan guarantees aimed at supporting alternative energy production.

Cooperatives are frequently made to answer collectively for a specific co-op’s shortcomings. As an “alternative” business form, co-ops are subject to an unreasonably high standard, so that a single failure like that of Fagor allegedly shows the shortcoming of the entire model. So if these “CO-OPs” go belly-up, we can expect it to be portrayed as more evidence that co-ops don’t work.

Co-ops have tended to succeed in market environments, and it is worth continuing to pursue market-based solutions wherever possible while finding ways to encourage business forms. One such example is the tax benefits already provided for business owners who sell at least 30% of their companies employees through ESOPs.

Governments are an unavoidable part of economic planning, but it is important for co-ops to maintain our collective identity as autonomous entities relatively free of political entanglement, representing people of all viewpoints.

And co-ops should beware of the impact of planning on long-term goals: For example, what would be the political narratives if the US were to launch into a wholesale remaking of land-use to achieve more sustainable development in ways that benefit worker/community-owned enterprises making transit equipment? It is not hard to see how our polarized political environment would yield attacks on this as “socialism.”

Such narratives can – and should – be countered, but we should also be proactive in thinking how planning efforts involving co-ops will be seen by the public, while limiting the conflict of interest that might come if (specific) co-ops stand to benefit. Working with government is important and can have good results – as with electrification – but it also risks political disasters that may ultimately make it more difficult to address the systemic problems at hand.

Andrew McLeod is a cooperative development consultant who holds the Master in Management – Co-operatives and Credit Unions graduate degree from the Sobey Business School at St. Mary’s University in Halifax, Nova Scotia. He is a founding member of Collective Seeds Consulting Cooperative. He has been involved in the cooperative movement since 1992, including two years as editor of the Cooperative Business Journal. His interests include democratic processes, the intersection of cooperative economics and religion, community-based food production and distribution, international models for power-sharing, and cooperative disaster recovery techniques. Andrew is the author of Holy Cooperation!: Building Graceful Economies, a book that explores cooperative elements of Christianity. He has also presented a paper on common cooperative tendencies found in Judaism, Christianity and Islam; his more recent research includes a focus on 19th Century Mormon economic organizing. He maintains a blog on the Cooperative Movement and another blog on faith-based cooperation.