Cross-posted from Cooperate and No One Gets Hurt

The following is part of an ongoing dialogue prompted by the collapse of Fagor Electrodomésticos, a large industrial cooperative at the core of Mondragon, a prominent model of worker ownership centered in Spain’s Basque Country.

Andrew McLeod recently wrote an excellent and thoughtful response to my article (with Gar Alperovitz) on Mondragón and issues of systemic design. In an effort to continue the constructive dialogue around this important topic, I offer this rejoinder. 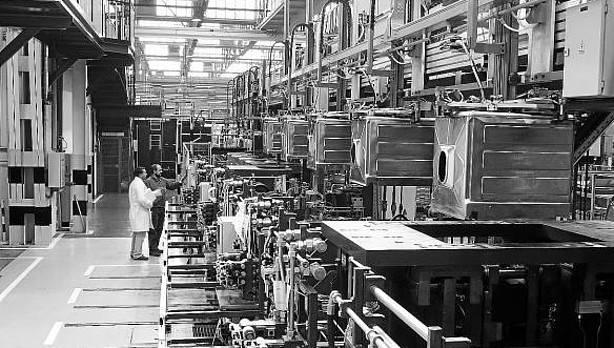 Modern cooperative forms have a long history dating back hundreds of years. They are both a critical component of present day economies around the globe as well as a form of economic organization that offers great hope and promise for a future of greater equality, democracy, and community. I share McLeod’s heartfelt desire to see cooperatives succeed and proliferate. Increasingly, cooperatives—and worker-ownership and/or self-management more generally—are being considered as the fundamental building blocks of a larger systemic alternative to both the failed state socialist and failing corporate capitalist political-economic models.

For those who envision a much larger role for cooperatives in the economy, as well as for anyone interested in systemic change, a key question is why worker cooperatives sectors have remained relatively small and insignificant (both politically and economically) in advanced capitalist economies? For example, despite a long history, the U.S Federation of Worker Cooperatives estimates that there are just 350 such cooperatives in the United States employing around 5,000 people. Because of its size (around 80,000 workers), the Mondragón network has long been held up as proof that production cooperatives can, in fact, reach scales of economic significance. However, even including Mondragón, estimates are that Spain only has worker cooperative employment of around 300,000—amounting to a little over 1.3 percent of the active labor force. Similarly, in the Emilia Romagna region of Italy—another area where worker cooperative networks have reached some degree of scale and sophistication—worker cooperative employment is only around 6 percent of the labor force. Moreover, even taking into account the employment generated from other cooperative forms (such as consumer or social coops) these percentages remain very low in most advanced countries.

One possible explanation, suggested in the original article, is that by operating within a globalized corporate capitalist-dominated market system, worker cooperatives are exposed to a number of pressures that limit their ability to increase their scale and systemic influence. This can be seen not only with the circumstances concerning the failure of Fagor Electrodomésticos (and the more general problems Mondragón has experienced in recent years, including the steady reduction of jobs from over 100,000 in 2007 to 80,000 in 2012), but also with other events in worker cooperative sectors over the years. One classic example is that of the failure of many of the plywood cooperatives in the Pacific Northwest which, at one point in the 1970s, accounted for more than 10 percent of the nation’s total plywood production. But, by the mid-1980s, many had collapsed. According to one study: “Some were apparently casualties of the market…” A somewhat related problem, the report reveals, is that when worker cooperatives operating in market systems are successful, their members can often be tempted to de-mutualize and sell to private capitalist competitors.

McLeod maintains that “[c]o-ops have tended to succeed in market environments…” While this is undoubtedly true in many cases, I would suggest that history demonstrates that there are limits to that success. In order for cooperatives and cooperative networks to truly transform from small individual projects to system-wide outcome-changing institutional structures, reliance on markets alone may not be sufficient. McLeod, I believe, would agree with this statement as he identifies a clear need for certain degrees of economic planning—both in conjunction with areas of large-scale “crises,” such as climate change, and also with regards to government incentives for conversions of businesses to worker-ownership.  Moreover, the Cleveland project, which he lauds as “an extremely important example,” is in reality a semi-planned model. It is consciously designed to use the purchasing power of large non-profit “anchor” institutions that receive millions in local, state, and federal government funds to create a sheltered market for the establishment and expansion of a network of community-based worker cooperatives.

Despite often being associated with the discredited “central planning” mechanism of the former Soviet Union, economic planning is actually relatively conventional and uncontroversial in contemporary economies—both within traditional capitalist firms and at various levels of governance. In the words of University of Cambridge economist Ha-Joon Chang: “Capitalist economies are in large part planned. Governments in capitalist economies practice planning too…More importantly, modern capitalist economies are made up or large, hierarchical corporations that plan their activities in great detail, even across national borders.” (Chang, 23 Things They Don’t Tell You About Capitalism, pp. 199-200) Moreover, in recent years experiments with highly democratic forms of planning (often called participatory budgeting) have been gathering momentum in communities around the world. All of this is to simply say that economic planning as a concept is well-within the traditional economic paradigm that cooperatives currently also occupy. As mentioned in the original article, how a democratic “planning system” could be developed, and what forms it may take (including its relationship to markets and the state), is still a wide-open question. But a question that proponents of cooperatives should, I believe, embrace rather than fear.

McLeod uses the example of the plight of healthcare “CO-OPs” during the recent trials of the Affordable Care Act to demonstrate why cooperatives should be wary of engaging with “government planning.” However, he acknowledges both that healthcare CO-OP’s “are not even cooperatives,” and that they were envisioned as “market-based solutions.” I would therefore contend that many of the tribulations he describes as being suffered by these entities are actually a result of an attempt to apply a market approach to a problem (healthcare) that is arguably best addressed through some form of planned single payer system, as is the case in most other advanced industrial economies, rather than any consequence of the actual cooperative movement becoming too involved with a failed state planning effort.

McLeod’s primary concern is that by explicitly supporting the concept of economic planning, the cooperative movement is opening itself to both cooptation by the state and political attack from ideologically opposed factions. “[I]t is important,” McLeod concludes, “for co-ops to maintain our collective identity as autonomous entities relatively free of political entanglement, representing people of all viewpoints.” These are undoubtedly valid concerns, but I believe that they reflect a narrower concept of the role of cooperatives than many people, including co-op practitioners, envision. The question thus becomes, are we content with a political-economic system dominated by large corporate institutions and marked by increasingly negative social, environmental, and political outcomes that also retains an ethical, but ultimately marginal cooperative sector? Or do we ultimately envision an entire political-economy based on cooperative values and cooperative institutions? If it is the latter, this will undoubtedly require a discussion of how cooperatives interact with and fit into a larger system of markets, planning, and the state. Ultimately, it will also require taking certain “political” risks in furtherance of a more just, equitable, and cooperative world.

Thomas M. Hanna is a Senior Research Associate at the Democracy Collaborative at the University of Maryland. You can connect with him on twitter @ThomasMHanna or facebook. The views expressed here do not necessarily reflect those of his original co-author Gar Alperovitz.