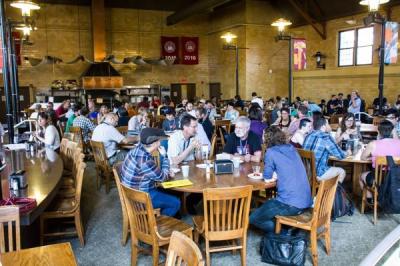 A “record” number of worker cooperators and other participants in democratic employee-owned businesses attended  The Eastern Conference for Workplace Democracy July 10-12 Worcester, MA, 50 miles southwest of  Boston and home to several youth-led worker cooperatives and a local solidarity economy movement. Over three hundred people converged on the Clark University campus where the conference took place to hone their knowledge and skills, network and connect with each other, and to celebrate a new level of cooperative growth and social and political possibilities. 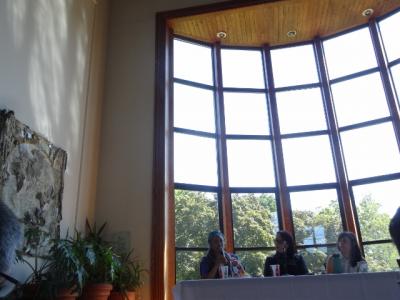 A significant number of participants came from Worcester, New York City, and the Pioneer Valley of Massachusetts, home of the Valley Alliance of Worker Cooperatives.

“It’s clear that the economic, political, and social landscape that we occupy is ripe for the formation and expansion of all kinds of democratic enterprises,” Jennings told GEO after the conference.

The theme of the conference was “Connecting for Impact.”  The bilingual program booklet elaborated:

From New York City to Madison, Wisconsin and beyond, worker cooperatives are allying with social services agencies, social justice movements, and unions to focus the attention of politicians on the power of worker ownership to anchor wealth and create good jobs.  Cooperatives like CERO and Real Pickles are connecting with local investors in new ways, creating businesses with enough capital to compete and grow in competitive marketplaces.  Cooperative Developers have sought out new allies and models as well; The Cooperative Development Institutes’ adoption of the ROC model of cooperative housing conversions for worker cooperatives yielded the largest worker cooperative conversion yet in the United States, and the Democracy at Work Institute is launching the Cooperative Conversions Collaborative to help seize the opportunity presented by retiring baby boomers.

Together these alliances and many more are proving that worker owned businesses are an important part of any attempt at economic development that seeks to put the community and workers first.

“One of the important things about co-ops is connection to community, and the way the rest of the Solidarity Economy connects to co-ops,” Gordon Nembhard said.

The conference program boasted of more practical workshops, stating “more than half our content specifically focuses on running a successful democratic business.” 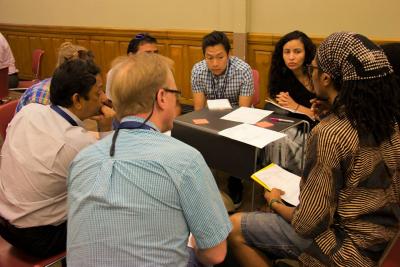 How the U.S. Solar Industry formed a Nationwide Purchasing Cooperative,

Toward Democratic Franchise Systems?  Tools for Accelerating the Success of Cleaning and other Service Industry Co-ops,

Cooperative Ownership and the Prison Industrial Complex: A Case Study from Puerto Rico.

A Saturday night barbecue at the Woo on Main Street in Worcester featuring movement singer Taina Asili and La Bande de Rebelde (The Rebel Band), and 4Elements, a youth movement that uses hip hop music for social justice. In the spirit of the conference theme of Connecting for Impact, the two bands performed separately, and then collaborated on a couple of songs that kept conference goers dancing and invigorated.

Cooperators learned and studied hard, but then they played hard too as they watched stunning breakdancing, listened to multicultural liberation music, and danced in a cooperative frenzy.