[Editor's Note: This article was originally published at Responding Together in April of 2013.  It has received minor editing for clarity.  The original version of the article can be found here.]

This article addresses the challenges that people encounter when deciding to adopt a complementary currency without fully articulating the problem or the context, an oversight which causes many projects to fail. It also describes the work of Community Forge, a non-profit association that designs, develops and provides complementary currency systems and tools. 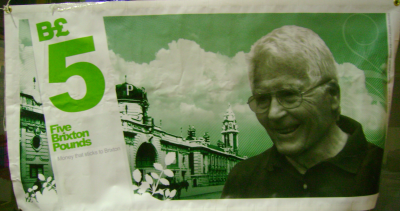 If a community currency was simply a printed note or an accounting system, then you could make a 1-2-3 recipe for starting one in your community, like boiling an egg. However, this approach is unlikely to succeed, because a currency is more than just tokens and symbols. Currency is a social construct made from trust relationships; creating a currency involves deep work in your community. Because the Necessary Transition cuts across all areas of life, and because money is a symbol of value and not value in itself, a currency project should be an integral part of a wider progressive agenda in your community. So you should be partnering with initiatives like:

Community Forge is a handful of volunteers determined to do, and to support each other in doing, what they perceive to be the most important, most strategic work. By not accepting the agendas of institutional funders we retain our integrity, albeit with very few resources, to actually practice what is preached herein. However, we have supported hundreds of communities with free, open source accounting software, training, customisation and advice. We at least encourage communities to govern themselves, to own their own money systems, and to participate at the global level.

Prerequisites
The first piece of advice is to start a currency only if:

If any of these conditions are not met, your time would be better spent in some more direct form of activism, because your chances of success will be negligible. Don't forget that money is not reality, and in our efforts to change money, we may forget the real world which is crying out for change.

Design
In Community Forge we are interested in three monetary models:

We do not advocate fiat currencies for local communities because they usually rely on legal tender laws and force (or the threat of force, which is the same) to persuade people to use them, and because it is very difficult to judge and to ensure an appropriate quantity of currency is in circulation.

These models, pure or combined, can be deployed with different intentions in different contexts to create a tapestry of possibility. We are increasingly realising the importance of participatory governance, and recognising the problems many communities have with their governing structures. Each type has its own ways of governance, encouraging participation & covering costs

Strategies
Once you have designed and setup your currency, and identified the users and enrolled them, the real work begins. How can your currency make things happen that would not happen in Euros? Why would someone invest their sweat to obtain your currency when Euros are so much easier to spend? Experience shows that mere idealism is not enough to change people's monetary habits! So here are some approaches to making the currency more attractive / useful.

The time is at hand!
Few local currency projects are thriving not only because of poor planning, expectation managament, design, etc., but because of some very widespread cultural factors.

As the 2008 financial crisis grinds on and on, and the gap between rich and poor in Europe and the world widens, more people are realising that they must work together as communities to overcome the Euro-poverty. That is when the above cultural factors will lose their weight and community currencies will have an opportunity to thrive. Until then we need not lie about our successes or be discouraged when currencies don't catch fire! The important thing is to practise, learn, and build the tools and infrastructure for economic justice.

This has been the briefest of practical introductions. For more depth we recommend the following books:

On the Potential for an Intentional Community Business Network

The Book of Abundance