Her research engages communities of color and grassroots organizations that are involved in the development of sustainable community food systems as a strategy to respond to issues of hunger and food inaccessibility. Her publications include, “Sisters of the Soil: Urban Gardening as Resistance Among Black Women in Detroit” and “D-Town Farm: African American Resistance to Food Insecurity and the Transformation of Detroit.” She is currently working on her first book, “Freedom Farmers: Agricultural Resistance and the Black Freedom Movement, 1880-2010,” which contextualizes new forms of contemporary urban agriculture within the historical legacies of African American farmers who fought to acquire and stay on the land. Using historical and contemporary examples, Freedom Farmers examines the development of farmers’ cooperatives as strategies of resistance, and documents the ways that these organizations, in general, and Black farmers specifically, have contributed to the Black Freedom Movement.

As a result of her scholarship and community work, Dr. White has received several grants including a multi-year, multi-million dollar USDA research grant to study food insecurity in Michigan. She has also received several awards including the 2013 Olsen Award for distinguished service to the practice of Sociology from the Michigan Sociological Association and the Michigan Campus Compact Faculty/Staff Community Service-Learning Award. She was appointed to the Food Justice Task Force sponsored by the Institute for Agricultural Trade Policy (IATP), maintains a highly ranked and reviewed blog (soil2soul) and is highly sought after and has presented her work at many national and international community organizations, colleges and universities. 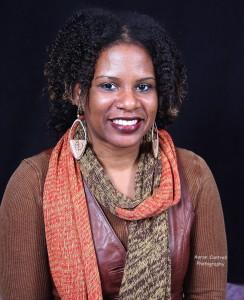 Dara Cooper is an activist, organizer, indigenous priestess and whole food lover based in Brooklyn, NY. She is the director of the NYC Food and Fitness Partnership at Bedford Stuyvesant Restoration Corporation, the first and one of the largest community development corporations in the country. The Partnership works to address food and health access issues, creating model places where communities of color have equitable access to healthy, safe, clean environments with an empowered community that determines and participates in an accessible, equitable, affordable food system for all residents. In November 2013, she travelled with a delegation to Cuba as a part of the first Black Permaculturalist Network and participated in the 2013 International Permaculture Conference. She believes in the power of people organizing, investing in self-determining, sustainable communities worldwide and is guided by the quote: “Imperialism is an international system of exploitation, and we, as revolutionaries, must be internationalists to defeat it.” – Assata Shakur

Black Farming, Self Determination and Resilience