Permanent link to this article: http://geo.coop/node/586

By Anastasia Wilson and Mark Paul

The Economics Department of the University of Massachusetts Amherst and the Valley Alliance of Worker Cooperatives (VAWC) are working to create an applied research program in worker cooperatives.

Over the past ten months a unique educational opportunity geared towards introducing undergraduate college students to cooperative economic enterprises has been in the works. It is a joint project of the Economics Department of the University of Massachusetts Amherst (UMass) and the Valley Alliance of Worker Cooperatives (VAWC). Both are located in the Pioneer Valley of western Massachusetts. VAWC is the regional organization of worker cooperatives.

The program will be focusing on worker-owned cooperatives as one kind of economic firm, the field of cooperative enterprises in general, the history of the movement, and its sharing in the building of a solidarity economy.

We are economic majors at UMass, Amherst, and over the summer we worked as interns with VAWC. We worked with many of the VAWC cooperatives in drafting a proposal to launch a cooperative enterprise internship program. Interested students from UMass would work with one or more of the worker-owned businesses. These internships will take place over the summer so that the students can fully immerse themselves in the cooperative experience. 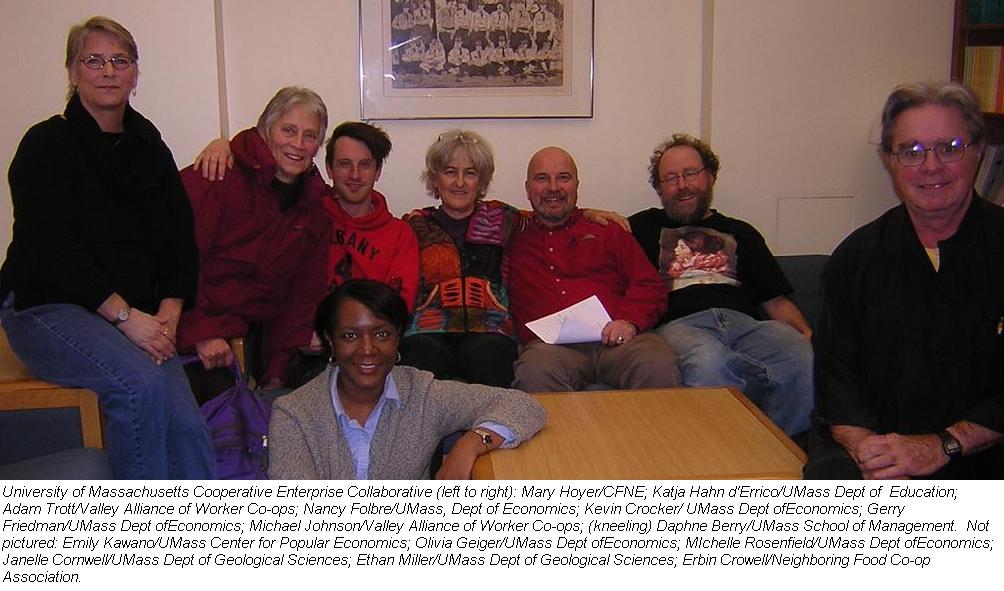 We have not yet had first-hand experience at working in a co-op. However, our interaction with several cooperative businesses and the regional alliance has given us the chance to observe and learn about cooperation and workplace democracy. And we are convinced that this in itself demonstrates that such an internship program can be a vital contribution to building a new generation of "co-opreneurs".

This program can be a great launching point for the expansion of the cooperative movement, as it will be helping to educate the next generation of cooperators. We also believe it will lay a foundation for other universities to create similar learning opportunities for students interested in the cooperative movement. As we see from the financial crisis, our current primary mode of production is flawed. If we can get students thinking about other organizational techniques, we may have a brighter future in store. 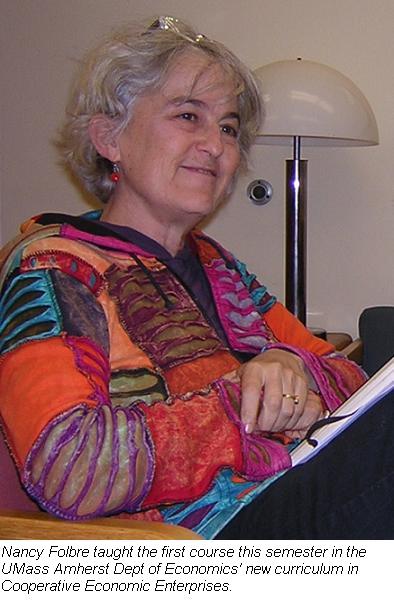 It is crucial that the cooperative movement educate upcoming students about cooperatives and teach them democratic work and entrepreneurial skills so that expanding and new cooperatives have educated and qualified candidates for future positions in the movement.

The VAWC/UMass program is designed for students to learn how to do the work of a particular co-operative enterprise while getting first-hand experience of how the democratic process works in running a business. Students will also learn about the worker co-operative movement and how they can participate in it.

Students will share their time between working in the co-op, attending co-op meetings, and learning how cooperative workplaces differ from traditional workplaces. They will also spend significant time working on a research project developed by the student and the host co-op, providing meaningful research pertaining to the host co-op or the cooperative movement in general.

Though still waiting for official approval, the talk of a certificate applied research program itself brings great momentum to sharing and engaging in the cooperative principle of education. The proposed program has drawn abroad range of interest from the student body. An important asset in generating this interest is the eight student-run businesses currently on UMass campus that operate as if they were a worker co-op.

As students of economics, we see this proposed internship program, along with the development of courses on cooperative economic enterprises, as important steps in growing the social and human capital for the cooperative and solidarity economy movements.

Economists refer to social capital as the networks and relationships between people that facilitate them in production. The internship program will strengthen the relationship between future student cooperators and existing co-ops, between the VAWC and UMass, as well as amongst all the other Valley cooperatives (worker and consumer) and all the individuals involved in the project.

The term human capital or capabilities refers to the set of skills and talents that facilitate individuals and groups in the production process. By introducing students first-hand to co-operative enterprises, the internship allows students to build the skills needed to become future cooperators. It is crucial to the co-operative movement that we educate upcoming students on cooperatives and provide them with the necessary tools so that expanding and new cooperatives have educated and qualified candidates for future positions in the movement.

Anastasia Wilson (anastasw@gmail.com) and Mark Paul (mpaul@student.umass.edu) are senior undergraduate students at the University of Massachusetts Amherst. Both are economics majors and interns with the Valley Alliance of Worker Cooperatives, helping to develop the internship program for the UMass cooperative economics initiative.