A Poor American in Cuba

Permanent link to this article: http://geo.coop/node/581

On the eve of Cuba making sweeping economic reforms, I have started compiling personal reflections about my first visit to Cuba in July 2010. I visited Cuba legally with a group of educators. My visit was planned in less than three months and our family house was undergoing a huge remodeling project. I had thought about delaying my trip because of my finances, but other travelers informed me that restrictions to Cuban travel can change frequently, so, I left the US with less than a thousand dollars.  In Cuba, there are two types of currency. One is the convertible pesos, known commonly as CUCs. This is the currency form used by international visitors. Cuban citizens and long-term guests of the country receive currency in the national pesos. One CUC is roughly equivalent to 24 national pesos. Goods and services priced in national pesos are usually subsidized by the state and are much less expensive but are often of inferior quality. Goods and services priced in CUCs tend to be of superior quality and are always more expensive.  The challenge of learning when to pay for goods and services in CUCs and when to pay in national pesos plagued my entire trip. 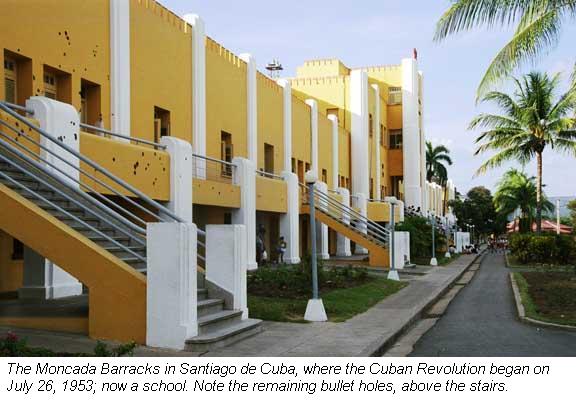 Upon my arrival in Santiago de Cuba, the official checking my passport discovered that I worked in a hospital. As a consequence of this discovery, he ushered me into the line for the VIP salon. In the salon, I watched music videos for a good part of an hour. Repeatedly, I was offered drinks and snacks. I declined everything because I had no idea what I would be charged.  However, even without eating or drinking, I was charged 24 CUCs for entering the salon. This experience was indicative of most of my financial experiences in Cuba.

The exchange rate to CUCs was .80 to every American dollar. Fortunately, our group stayed in casa particulares, the island guest house accommodations. For around 30-50 CUCs, you can rent a private room in a citizen's home. Thus the bulk of my money was committed to housing. A looming cost was my 25 CUC departure tax. I surreptitiously separated that fee so I would guarantee that I could return to the US. In the meantime, the Cuban people were wonderful hosts and the island was beautiful. I felt safer walking the streets alone in Cuba then in any place I've been in the Western Hemisphere.

Many times when an item was priced in national pesos, the seller would simply state the price without stating if the currency was in national pesos or CUCs. This practice was what I called a CUC attack. Cab drivers and food vendors tended to be the worst abusers of the CUC attack. I finally got up to speed about CUC attacking on my last night in Santiago de Cuba, but, by then it was much too late. The fact is CUCs allow Cuban citizens to buy more modern clothing and household items than that provided by the State. Many of the people that I met from both Santiago and Havana wore the latest brand name clothing and shoes. The CUC was the required currency to become an international citizen. If you wanted something from the world outside of Cuba, you required CUCs to purchase it. Consequently, the desire for CUCs was pervasive. Citizens who are lucky enough to have family outside of Cuba that send them remittances have more access to modern items. Leaving Cuba was not a possibility for most Cubans, especially men. Many Cuban men I spoke with lamented that Cuban women of marrying age married foreigners in order to leave the island. Permission to leave Cuba is given sparingly in special cases such as musicians and dance performers who can represent the country internationally. The average citizen under 50 years of age is not given permission to travel freely back and forth to the country. If you leave Cuba illegally, there is no return. You must live with losing your housing and potentially never seeing your family again. 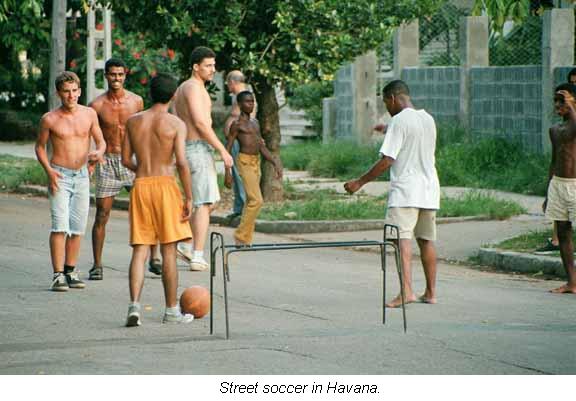 In Havana more than Santiago, CUCs are predominantly used over national pesos.  Havana is a much more cosmopolitan city. It was difficult getting any store, food vendor, or travel facility to take national pesos. For example, bottled water was never available for sale in national pesos. So in Havana, I quickly ran out of money. I attempted to get money out of an ATM machine, however, Americans cannot withdrawal money from their bank in Cuba.  I had only 40 CUCs left!  I had to be very frugal.  I could spend CUCs for transportation, or walk. So walking it was. If I had to venture outside of Old Havana to visit cooperatives, I would take the public buses for national pesos and talk with riders on the way. My meals were enjoyed communally in the national store in Old Havana, paying 25 national pesos for a glass of jugo (juice) natural. National stores in Cuba are places where people can buy cheap eats, drinks, and household supplies. Imagine a Woolworth's store.  I enjoyed "dining" with Cubans for pesos at the national stores, however, it appeared Cubans did not buy many goods in the stores.   Many of the household items under the glass counter had rust or dust on them indicating shoppers were spending their CUCs and pesos elsewhere. This wasn't the store to buy something special with the money you had saved. It was a quick place to buy a pizza and drink, ingest it, and dash.

Sometimes, our group would meet people and be invited to share dinner at their homes. As a group, we would pool our money and shop at the national market. Interestingly on one occasion, I asked my dinner host why he would not shop at the cooperative farm outside the doors of his apartment building. "The prices are too high. The national market may be farther away but it is cheaper", he responded. This is the same reason folks in the U.S. give for purchasing distant, conventional food instead of local, organic food.

His comment left me reflecting about my reasons for traveling to Cuba and my experience while there. I was attracted to Cuba because of its reputation for self-reliance and self-determination. Cuba amazes me. It is only forty-five minutes from the US mainland yet it has found a template to remain independent in the face of the hegemonic global economy. Before leaving the U.S., I wondered how the embargo would affect me. I felt as an American there wouldn't be any direct effect upon me. Yet when my ATM card was immediately declined at the Old Havana cadeca (money exchange), the effects of the embargo became clear to me.  I had learned first-hand of the Cuban struggle to make their own way is embodied in every transaction. I struggled to make it by in Cuba constantly negotiating between two different political economies. To me, this is the daily challenge of the Cuban people and principal challenge of the Cuban nation.

Sonia Pichardo is a member of the GEO collective and the founder of EcoNotice. EcoNotice was created to assist small business by reducing paper in landfills through digital publishing. Dr. Pichardo was born and continues to live in the Bronx.

Photos courtesy of William N. Trumbull, Ph.D., from his picture gallery of Cuba.