Socialism Isn’t a Dirty Word: An Interview with The Glory Society 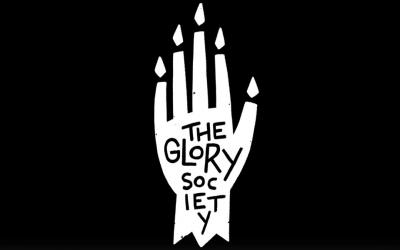 On March 4, 2019, three creators—two of the creators of independent video game Night in the Woods, Scott Benson and Bethany Hockenberry, along with prolific artist/musician Wren Farren—announced rather suddenly that they’d established The Glory Society, a new worker cooperative video game studio. They announced, among other things, that they’re working on “A cool game. Or two.” As a midwest/rust belt socialist and queer gamer, I was ecstatic about the news. So I asked them a bunch of questions, and they graciously answered.

Establishing The Glory Society is such a cool and necessary thing you’ve decided to do. Some of our readers might not be familiar with the society, however. Can you explain in your own words what it is, and why you decided to found it?

Wren Farren: For me, our co-op is just a small close-knit team where we all have an equal say and our ideas and work is respected on a level playing field. I think we all decided to found this because we were all just tired of feeling stuck in that boss/employee hierarchy. I know we all, myself included, have dealt with awful bosses, ridiculous crunches, and feeling like we could lose our job at any moment. So when Scott and Bethany brought up starting this, it was a no-brainer for me.

Scott Benson: A worker co-op is just a business owned and operated by the workers in a democratic fashion, where the workers control where the revenue stays in the company. So no bosses above all of us, no shareholders, etc. For Bethany and I, when it came time to get a team together for a game after the release of Night In The Woods, and after we’d gotten to know Wren, it seemed ridiculous to perpetuate the kind of top-down structures we’d all worked in for most of our adult lives, with all the associated issues everyone’s probably familiar with.

Read the rest at Sidequest