Something came up at the Worker Cooperative National Conference in Austin that created a lot of mixed feelings in me.  At the USFWC member meeting one of the topics for discussion was setting up a joint 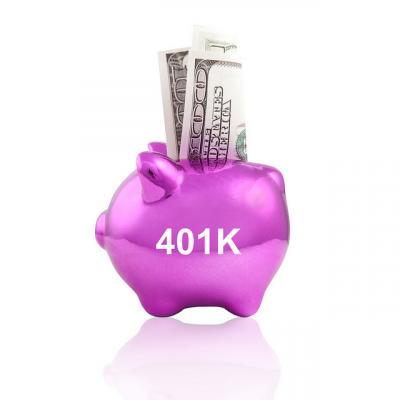 401(k) plan for member co-ops.  While it's great to see the staff at USFWC helping worker co-ops harness the power of cooperation in their benefits packages, there are a number of aspects of the 401(k) model of retirement saving that I think should be cause for concern among cooperators.

I hasten to add that while I'm offering my concerns here, it appears that currently there aren't really any better options than what everyone else is doing, which is 401(k)s.  My intent here isn't to register opposition to the USFWC's current plan, but rather to point out a few issues that I think are worthy of our consideration, and to encourage us to be thinking about practical ways to create a retirement savings option with a truly cooperative difference.

The first big thing that jumped out at me about worker-owners putting their retirement savings into 401(k) plans is the paradox of using the surplus of worker co-ops to invest in non-cooperative businesses, since 401(k) plans generally include a fair amount of stock (especially in these days of extremely low bond yeilds -- more on that below).  This puts worker-owners in the somewhat uncomfortable position of being the absentee owners that worker cooperatives themselves reject.  When companies lay-off workers, reduce wages, cut benefits and oursource everything, the excuse is always "to protect (or maximize) shareholder value."  Worker co-ops are explicitly meant to counteract these problems.  How ironic then, that when we're successful at doing that, we invest the surplus back into the system that causes the problems!

But like I said, there doesn't appear to be much in the way of better alternatives at the moment, so this contradiction might be one we have to live with for awhile, until we can design something better.  However, that brings us to my second concern, which is that both stocks and bonds are currently at all-time high price levels.

A 401(k) plan is essentially a bundle of financial assets that you've purchased with the hope and expectation that they will increase in value over time.  Which is why, as every stock-market gambler knows, the idea is to buy low and sell high.  Unfortunately, buying into the stock market at this moment in time means buying in at peak prices.  Looking at the historical returns of the S&P 500, for instance, should be sobering for anyone looking to get into the stock market right now.  And we shouldn't forget that a lot of people had their 401(k) plans massively decrease in value in 2007-09, as the stock market tanked. Obviously, 2009 would have been the right time to buy-in.  It's hard to look at that chart now, though, and imagine it going anywhere but down.  And if history is any guide, it's inevitable.  The amazing take-off in stock prices has been fueled almost entirely by the Federal Reserve's "Quantitative Easing" and low interest rate policies that have flooded Wall Street with easy money.

To see the effect of this gigantic influx on money you just need to look at Price-to-Earnings, or P/E, ratios.  A stock's P/E is it's "real" cost.  The "price" here is the current share price and the "earnings" are the expected yearly dividends.  Another way of looking at the P/E ratio is  how many years it will take for you to get back the price of the stock in dividends, i.e. how many years of dividend payments it will take for you to recover your investment (without selling the stock).

The long-term average P/E ratio for S&P 500 listed stocks is 15.61 -- today it is 25. (P/E ratios spiked in 2009 at 123.73, not because stock prices went up -- quite the contrary -- but because expected earnings plummetted.)  25 is a pretty steep price, historically: 62% higher than average.  Combine that with the previous chart and the stock market looks like a particularly risky (and expensive) gamble, right at the moment.

The other major type of financial asset that 401(k) plans usually contain are bonds, both Government and corporate.  Bonds are priced by their yield, i.e. how much return you get over the life of the bond.  The lower the yield, the more expensive the bond.  For instance, imagine you bought two 1 year, $100 bonds: one that payed 5% after one year and one that payed 2%.  While both bonds have the same sticker price ($100), the first bond is cheaper, since you essentially pay $100 to get $105 back, whereas with the second bond you only get $102 back for that same Benjamin. Right now, both Government bonds and corporate bonds are paying extremely low yields -- especially Government bonds.  Before the 2008 financial crisis a 5% yield on a 10 year US government bond was pretty normal; today that 10 year bond only has a 1.59% yield.  While the Fed's attempts to pump up the economy through its easy money policies haven't been very effective outside of Wall Street, they sure have managed to make financial assets expensive! The long and short of it is that whatever we think about the ethics of stock investing or Wall Street in general, there couldn't be a more expensive time to be buying into the system.  What that means in practice is that you could put $10,000 into a 401(k) plan tomorrow and in a month's time find that it's only worth $5,000.  Stock prices have a nasty habit of going down, as well as up, as anyone who was invested in the market 8 years ago can tell you.  The usual way to avoid this risk used to be to put most of your savings in bonds.  However, with near record low bond yields, that strategy no longer works, which has forced even risk-averse investors more heavily into the stock market (which only has the effect of further driving up prices).

It pains me to be the bearer of bad news, since a lot of people are excited by the prospects of finally having a retirement plan.  But I'm hoping that maybe this bad news will spur some of us to come up with something better.

And finally, if you haven't watched them already, I highly recommend these two videos on retirement planning.  The first is an episode of the PBS series Frontline, which "raises troubling questions about how America's financial institutions protect our retirement savings." The second is a recent segment from the HBO program Last Week Tonight with John Oliver.  They both contain some valuable information for anyone who is, or will be, investing in a 401(k) plan.

This is a great article. Investing in Wall St with our retirement funds is problematic in many ways, including environmental & social justice perspectives. To use a biblical analogy it's robbing Peter to pay Paul.

But the tax advantages of the 401k are too compelling for most of us. So we should perhaps think about how to use the 401k to invest in one and another.

In reply to This is a great article… by Sanjay Jain

Thanks, Sanjay. I cringe a little bit now, reading my description of P/E ratios, as it's a little inexact. The overall point still stands, but what I didn't understand when I wrote this, four years ago, is that P/E ratios are only what a company could pay out in dividends, not what they actually do. In reality, most companies now pay low or no dividends, so it's even worse than the P/E ratios make it look!

And, thankfully, there have been advances on this front by co-op investing clubs, CDFIs like Shared Capital, and efforts like the SELC's Next Egg project.