When Feeling Good is Bad

In her recent blog post about this year's Eastern Conference for Workplace Democracy, Pamela Boyce Simms made this observation about the value and limitations of the kinds of "in-the-streets" protest and civil disobedience that are the bread-and-butter of many activists.

Direct actions galvanize hundreds of thousands of the like-minded, and feel great.  As one ECWD participant quipped, "At least it feels like we're doing something." That in and of itself is valuable in the short term. Holding actions do indeed alleviate some short term suffering. However, flash in the pan demonstrations and strong-arm tactics will not prepare society to navigate the straits of climate change or make even the smallest dent in the agenda of the oligarchs holding government reigns. 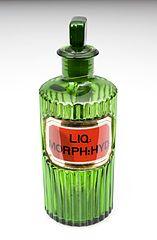 I agree with Pamela that getting people out in the streets is far from sufficient if we want to realize positive social change, but my concerns extend even a bit further than hers.  I'm worried about the possibility that these types of actions don't "at least...feel like we're doing something," but rather at most feel like we're doing something.  There are times and places where alleviating some suffering for the short term is valuable and desirable, but there are plenty of others where easing pain in the short-term is actually harmful.  Pain, after all, isn't just some negative sensation -- it's a signal that we're being damaged in some way and need to do something to stop that damage from occuring.

Here's an example: let's say that you have, through some unfortunate series of events, become the recipient of a gunshot wound.  You're bleeding pretty badly and so figure that you'd better go see a doctor.  The doc examines you, cleans up the blood, tapes some gauze over the oozing wound, gives you a shot of morphine, and sends you on your way.  When you get home, your significant other asks if the doctor removed the bullet and stiched you up. "No," you reply, "but I sure do feel a lot better."  Of course, by the next day, the gauze is soaked with blood and you're in agony again, so you go back to the doctor...and he repeats the same process as the day before.  Again you return home feeling great -- or at least in less pain -- and your partner again asks about your treatment.  When you tell them, they express skepticism about the competency of the doctor and the efficacy of his treatment, you respond, "It relieves the pain for awhile, so surely the gauze and morphine have some value."

And here's a more realistic example: Imagine a person in an abusive relationship.  Hubby brings home the bacon, but he's an abusive drunk and makes his wife and kid's lives a living hell.  She sticks around because she's afraid of what he might do if she tried to leave, and because she has a hard time imagining anything different.  Every couple of months the anxiety and anger and sadness build up to such a point that she feels like she's going to explode, so she hires a babysitter for the evening and while he's out drinking, she goes out with her girlfriends and does the same.  The booze helps numb the pain, and flirting with the bartender helps her remember what life was like before she got trapped in this mess, and at the end of the night...she goes home to the same abusive situation.  But at least she feels a little better, if only momentarily.

In both of the above examples, it's obvious why actions that relieve suffering temporarily are actually harmful in the long-term.  In both situations, something has been done that makes the person feel better, but nothing has been done to actually make them better.  Not only that, but the short-term palliative only serves to keep them from taking the necessary actions that would actually help amileorate the problem, like finding a different doctor or taking the kids to some distant relative's place.

All too often, I think, we have a tendency to organize more-or-less short-lived mass gatherings as a sort of knee-jerk reaction to anything we are trying to oppose or support (but mostly oppose), without thinking through exactly what purpose in our long-term strategy that action is serving.  There are times and places where a march or a petition might be exactly what is called for, but I think a lot of us tend to assume that organizing a march or a petition are good things in and of themselves.  But if the march is just the equivalent of the doctor's shot of morphine or a night out with the girls then that's not necessarily the case.

And, as in the metaphors above, our inclination to engage in actions that simply allow us to "let off some steam" without moving us any closer to real solutions does, in many cases, keep us from taking steps that would actually start moving us in the right direction.  I have many thoughts about what those kinds of steps might look like, of course, but I'll share just one of them here.

Among the major goals of the worker co-op and solidarity economy movements is addressing and overcoming poverty, and wealth and income inequality.  The ways that we go about doing this are, however -- at least in my opinion -- needlessly round-about.  If we want to see a society in which wealth and income are equitably shared, and in which no one has to worry about where their next meal will come from or how they'll make rent this month, we can and should start with ourselves.  How is it that within the Solidarity Economy movement itself there are some who struggle to make ends meet, while others pull down healthy 6 figure salaries?  If we say we want a more equal wealth distribution, shouldn't we be willing to practice that amongst ourselves, at the very least?

I imagine a system that would aggregate and distribute the revenue of all our worker co-ops and solidarity economy enterprises.  Every co-op and SE project would send their net revenues to one central clearinghouse.  Then, everyone working "in the movement" -- whether as a worker-owner, a non-profit employee, a technical assistance provider, an academic, or in some other capacity -- would submit their weekly hours to that centralized system, and would recieve payment in proportion to their labor and on the basis of the revenues from all the constituent enterprises.  Call it the "Solidarity Wage." This would not only serve to equalize incomes throughout the movement, but would provide stability for fledgling or struggling co-ops, making it easier to start a co-op and making success more likely.  And because any enterprise that is doing poorly will be a drag on the wages of everyone in the movement, everyone in the movement will be incentivized to assist everyone else in the movement.  In this way, we could really start to be the change we want to see in the world.

Maybe you think that's an awful idea, and maybe it is, but it is indiciative, I think, of the types of outside-the-box solutions that we need to be considering and experimenting with if we're interested in creating real positive change.  Specifically, I think we need to spend more time working on changing our own relations with each other than we do trying to get other people to change their behavior.  To quote Pamela once again, "societal change that results in healthy evolution is first, and completely contingent upon individual, personal transformation in service to the whole."