The Mis-guided Efforts of the Occupy Money Cooperative 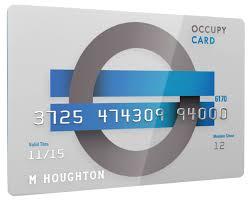 The Occupy Money Cooperative (OMC) is one of the many groups that spun-off from the Occupy movement of 2011. Started by former British diplomat Carne Ross and a handful of banking and corporate professionals, the OMC's stated goal is to create a nationwide, member-owned financial institution. As a first step in this process, the Cooperative is now raising money to launch their own pre-paid debit card. While some have lauded this foray into the world of consumer finance, others have charged that the OMC is not offering anything of real value to the un-banked, much less anything truly revolutionary.

And the critics have a point. While the Occupy Money card will have lower fees than comparable services, it will still be a pre-paid debit card, which are notoriously bad deals for consumers. Even with it's low (by industry standards) fees, the Occupy card will still charge customers to put money on the card or check their balance at an ATM. There's even a fee for having a withdrawal denied at an ATM. While the fee schedule for the Occupy card is somewhat better than those for comparable cards, it is obvious that an account at a credit union (or even a local bank) is far superior, and cheaper, than any pre-paid debit card, even one with the Occupy name on it.

To their credit, the OMC have expressed their solidarity with credit unions and encourage membership in already existing cooperative institutions. However, according to an interview that Carne Ross recently gave on RT Television, the OMC is aiming to become something larger than just another credit union. While Ross doesn't go into details, he does indicate that the OMC's long-term goal is to create a nation-wide financial services co-op; something like a national credit union, but structured in such a way as to avoid the rules restricting the scope of traditional CUs. According to Ross, the Occupy Money card is a first step toward this goal, with a plan of quickly expanding into other financial services.

At first blush, this might seem like a laudable goal. Credit Unions have long been hampered by overly-restrictive regulations, largely the result of private banks' attempts to keep CUs from becoming truly competitive. However, it might be worth asking if a nation-wide credit union (by whatever name) is something we should even be working towards. Credit Unions have already been working to address their limited geographic scope through such organizations as the Co-op ATM network; and given the recent problems at the UK's Cooperative Bank, we might well prefer a national network of local credit unions to one, big, national institution.

In the final analysis, I fear that the Occupy Money Cooperative may well have set off down a blind alley. Offering a less-bad version of a product that many poor and un-banked people use is a questionable strategy, to say the least. Many un-banked people make use of payday and title-loan services but that doesn't mean that Occupy should start its own less-bad version of payday lending.

Pre-paid debit cards are a bad deal for pretty much everyone, and the Occupy Money card is no exception. While the OMC does provide information on how to avoid the various fees involved with the card, these invariably require going on-line. Of course, the same poor and un-banked people that are the OMC's target audience are also the group least likely to have internet access, which makes the repeated suggestions to avoid fees by visiting the website seem rather out-of-touch.

If a person is already using pre-paid debit cards, the Occupy Money card will likely be an improvement over what they have. However, membership in a credit union is still the best and least-expensive way to get access to financial services. The Occupy Money card seems, to this author, like a well-intentioned but mis-guided effort. Only time will tell if the Occupy Money card will become the first step in something truly transformative (assuming OMC can raise enough money to get the card launched in the first place), but I, for one, am not holding my breath.