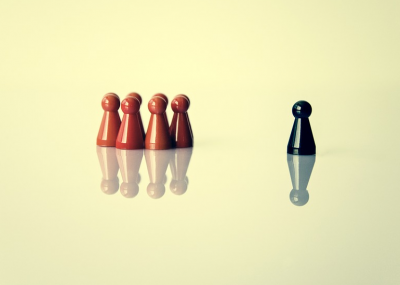 Malikia Johnson recently penned what I think is an important article on the ways in which in-group norms and lingo in social justice activism serve to exclude and alienate people who we, by all rights, should be working with.  Our insistence on a very specific understanding of the world and the proper ways to exist in it serve to hinder our stated goals of building a more harmonious world, since it precludes us from working towards harmony with people who aren't already "singing our tune."  It's an attitude that can quickly slide into outright intolerance.  Here's Malikia's example (emphasis added):

For instance, I was recently a part of a conversation between two Black American men, an Asian American woman, and a Black American woman. The two Black American men were inquiring about the term “people of color” and who was included in such a term. They expressed their confusion with Asian cultures being included because of the  relationship often seen between the Asian American and Black American communities in low-income urban areas (i.e. nail shops, take out places, liquor stores, and hair stores). The Asian American and Black American women proceeded to scold them for their ignorance about the inclusivity of oppression, using words such as “problematic,” “intersectionality” and “silencing.” This conversation left the two Black men more confused about the subject rather than leaving them with an understanding of the women’s point of view. They felt ostracized by the language used and worse, completely misunderstood by the two women. This was in a space that claimed to be about “collective liberation.”

If people who show up at one of our events are made to feel ostracized and misunderstood for simply having the temerity to ask a question about how a term that refers to them is being used, something has gone pretty far astray...at least in my book.  And while Malikia focuses on "millennial" social justice groups and activists, this is an issue that is not exclusive to youth-led orgs or people born between 1980 and 2000....which is why I wasn't really too surprised that her article hasn't gotten nearly as many re-tweets, shares, etc. as our more feel-good/we're-so-awesome content.  It's like alcoholism - one of the hardest parts is just admitting you have a problem.

I think the psychology of what's going on here goes something like this:  People who are drawn to this work are, almost by definition, unsatisfied with things-as-they-are.  As such, we all have a lot of experience being told we're wrong, that the status quo is good and just, that our complaints are invalid and that we deserve whatever society-as-presently-constituted has provided for us, and that to demand anything more, or other, is simply whiny entitlement...that sort of thing.

Eventually, we all find "our tribe" of other societal malcontents and we create our shared critiques and criticisms of things-as-they-are.  We find our personal validation in these shared understandings — in finally having others around who "think like I do," and who don't tell you that you're wrong or stupid for being unhappy with the status quo.  That personal validation is important, and even salvific for some of us,  but it's very value can make us overly eager to defend it against all attacks...both real and imagined.  We all too easily fall prey to the status quo's black-and-white, you're-either-with-us-or-against-us manner of thinking, and so treat everyone who isn't 100% with us as if they are 100% against us.  The result is that someone asks a nuanced question about a particular bit of in-group lingo, and they're treated as if they were an ignorant enemy and oppressor, instead of a curious ally...or even better, as just another one of us.

This attitude is a denial of the nuance of reality that serves only to limit the number of people who we will be willing to work with, and who will be willing to work with us — i.e. it will greatly limit our impact.  As Malikia puts it, "Future generations cannot afford for us to think we have reached a stage of awareness that others must reach before engaging in a meaningful conversation with us."

Like I said, I think it's an important issue, that needs to be addressed but practically never is.  I'm hoping that maybe here at GEO, we can mull it over a bit.