How To Convert a Corporation to a Co-op: A New Strategy for Building the New Economy

This article deals with the conversion of an existing business to a worker-owned cooperative. Specifically, it lays out a basic strategy for allowing employees of a profitable company with publicly-traded securities to effectively convert to a worker cooperative in the absence of owner permission.

The strategy is laid out below, but before we get to that, there are a few philosophical and financial issues that need addressing. 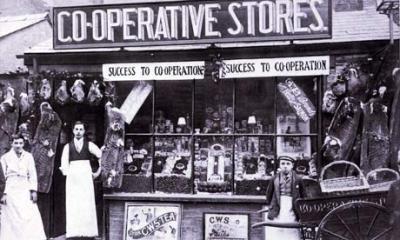 A Question of Value(s)

From a purely financial perspective there is the question of valuation. What is the proper price to be paid for a company? Modern finance provides one answer: future profits discounted to present value. This is the market value of any non-cooperative business.

But how do we value a worker-owned cooperative? If we believe in the principles of worker-ownership, then only current workers (or members) can justly be allowed to appropriate profits. This has dramatic implications regarding the valuation of a business with respect to the conventional view.

The market value assumes the present owners are going to appropriate all future profits, not the members at some future point in time. But since the profits of future labor by future workers cannot justifiably be owned in the present, the standard valuation method cannot apply to worker cooperatives.

Then what is the value of a worker cooperative? The only possible answer is that a co-op is worth its net asset value, or the value of its assets minus its liabilities. This is sometimes approximated as the book value of a firm for accounting purposes.

The supposed value of a firm above its net asset value is called goodwill. Goodwill is an intangible asset. Generally, goodwill is associated with the reputation of the firm, its brand name, or customer loyalty which is assumed to enhance future profits. Whether these future profits will actually materialize or not is uncertain. In our “market economy,” the sale of goodwill through equity trading is the prearranged theft of the profits of future workers, in violation of their rights. Technically speaking, in a cooperative where the members have the rights to all profit, goodwill cannot exist.

Accounting practices are inconsistent on the issue of goodwill. Earned goodwill is not permitted as an asset on a firm’s the balance sheet. This makes sense because a firm can’t record its future expected profits as a current asset. Yet purchased goodwill (when another firm is acquired for more than its net asset value) is counted as an asset. Something that cannot be earned in the first place obviously can’t be sold, but this is exactly what the accounting permits.

The problem with conversions is that few business will be sold at or below their net asset value. The ones that can be purchased at those prices are usually not profitable, and are typically either failing businesses or firms in dying industries. There are some exceptions, but they are rare. The norm is for conversions to employee ownership (partial or full) to take place at a market value above the net asset value of the firm.

With a market value conversion (greater than the net asset value) the workers are engaging in a transaction where they pay up front for the entire future profits of the business. It is a financial transaction of precisely zero economic benefit in the event they stay with the firm indefinitely, and negative benefit if they ever leave. While there may be, and often are, other compelling reasons for converting a business to a worker cooperative, the financial component is dubious at best.

But the key to conversion is that market valuations work both ways. If a business has no employees its market value immediately collapses to its net asset value. This occurs because without employees there are no future profits, only assets and liabilities.

The conversion process outlined below could work for profitable companies with publicly traded securities. Conversion will actually be easier the more the company is “worth” relative to its net asset value (roughly a higher price to book ratio is better). This means highly profitable companies are better candidates and can be converted on the workers' terms, not the owners'. As an added bonus, profitable businesses have more strategic value to the co-op movement than money-losing businesses in shrinking industries.

Using the Market to Create a Co-op

Option 1, purchasing puts, is the best method because options are highly leveraged. Put options grant the right (not the obligation) to sell shares at a certain price. The value of puts increase as the value of a company declines. Highly out of the money puts can be utilized since the final value of the business is known, making the upfront premium cheap. The risk to the workers is limited to the price of the options.

Option 2, shorting the stock of the company, is more risky. Shorting involves borrowing a stock, selling it, and trying to buy it back later at a hopefully lower price. By shorting their stock the workers would make the difference between the market value and net asset value of the business. However, the worker would face unlimited liability in the event the shares rose.

Option 3, purchasing credit default swaps (CDS), is probably the most difficult. It may be of use when a company issues (sells) debt but its stock is not publicly traded. CDS could conceivably be used to convert a large private company with a high credit rating. The risk is limited to the price paid for the swap, but the final value of the swap is difficult to determine since the final value of the debt is unknown. A CDS is more of an insurance product than a derivative which pays the face value of a bond in the event of default.

In a company with no employees the primary method of generating cash flow from which to pay bond holders disappears. Since there is no longer be any income-generating productive work being done, the only way to pay bondholders is by renting out or selling assets. Selling assets to make payments to bondholders is unsustainable, and rentals would typically be insufficient to cover bond payments.

The basic idea is to use proceeds from the transactions above to purchase the assets needed to run the business as a worker cooperative, and provide a transition fund for the workers until they got up and running (similar to a strike fund). The value of the assets that would need to be acquired is known, and with options 1 and 2 the profit from the collapse of the share price to the net asset value is known as well. There would be a new separate cooperative business, so technically this wouldn't be a conversion, but it would have the same workers producing the same things. Publishing the plan ahead of time in a small local print-only publication would avoid insider trading issues.

This would be a major organizing effort, but one the workers would be in control of. There would be some effort needed to get the customers to support the workers of the business, as opposed to the owners who would try to quickly hire and train new employees. The existing workers would have the advantage of already being trained and proficient, and of having already worked together.

Fundamentally, the people doing the work have the power to control production, unless that power is conceded. The acceptance of self-renting as the structure of work is a concession that can be revoked at any time.  But taking control will require a major shift in the mindset of workers and the labor movement in general.

SIN PATRÓN (Without a Boss)