The First 100 Days - Alternatives to Kakistocracy -Government by the Worst

The Administration of the 45th President of the United States

We've had a front row seat for two weeks to American kakistocracy - government by the worst, most incompetent, and inappropriate persons. We've witnessed the new administration's willful disregard for the Constitution and lack of forethought about the sweeping impact of policy decisions on the population. The stage is being set for the steady, targeted erosion of civil liberties. Americans took to the streets to resist the pathology of 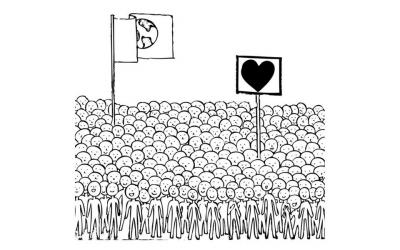 Solution-thinking: Counter fragmentation with collaboration. If a dysfunctional government ignores the needs of its constituents and seeks to normalize discrimination, we respond by affirming our diversity and strengthen our interdependence. If the executive branch is plagued by power-and-control infighting, operates under cover of darkness, and is ruled by impulse, we counterbalance with collaboration, transparency, and wisdom. The task of transforming the collective unconscious so as to give rise to a new kind of government falls to us.

Alternatives: Resistance is a vital "holding action" that saves lives and alleviates suffering. Organizing long term localized resilience-building will get us through the eye of the climate change needle. For environmentalists and allies, step one is to take our cue from natural living systems which self-organize seamlessly. Step two is to look to the best examples of human ecosystems which are already actively engaged in biomimicry —modeling systems on nature, and biological processes.

Make like a tree: Organic, self-organizing tree intelligence. Oh, would that we could behave like trees, our oldest companions on Earth! Trees are social beings. They speak a sophisticated silent language, communicating complex information via smell, taste and electrical impluse.

Trees share their food and sometimes nourish competitors. They know the advantages of working together. On its own a tree cannot establish a consistent local climate. It's at the mercy of the wind and weather. But together many trees create an ecosystem that moderates weather extremes. In this protected environment trees can live to be very old. To get to this point the community must remain intact no matter what. If every tree was only looking out for itself, quite a few would never reach old age. Regular fatalities would result in large gaps in the tree canopy allowing storms to ravage the community and uproot members. Summer heat would reach the forest floor and dry it out. Every tree would suffer. 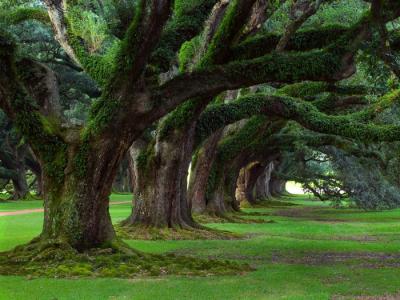 Every tree therefore is valuable and worth keeping around for as long as possible. That's why sick individuals are nourished by neighbor trees until they recover. Next time it may be the other way around. The supporting tree may be the one in need of assistance.(The Hidden Life of Trees, Peter Wohlleben, 2016)

Human ecosystem self-organizing: While "collaboration" and "cooperation" have become buzzwords, relatively few Americans —conditioned as we are in a competitive, top-down, hierarchical culture, really know what that looks like over the long haul. Authentic cooperation requires people to change deeply imprinted habit patterns which are continually reinforced by a society that deliberately seeks to divide us. We are called to compassionately heal our schisms. We seek true unity and regenerative wholeness.

The Fellowship for Intentional Community and the Point "A" Project which creates urban Income-sharing communities are standard bearers in the intentional community movement. They embrace anyone with the gumption to self-liberate from the corrosive mainstream matrix. Intentional communities offer supportive pathways toward healthy interdependence and ways to thrive in breathing space that takes some distance from the mainstream. (See: Commune Life for additional information.)

As per Raven, a spokesperson for the Point A Project, "Intentional communities are laboratories for social change. Each one tries something different and sees how it works. That's why there are five different income-sharing intentional communities clustered together in Louisa County, Virginia for example. Most communities have some type of mission. So, the Virginia communities of Twin Oaks, Acorn, Cambia, LEF, and Sapling have been described as slightly different "flavors" of community —each having a different emphasis, and attracting different folks. The big draws to intentional community are the opportunity to be around a group of like-minded people, and wanting to be part of something bigger than oneself. In community you have support. When things get difficult it's good not to be alone.  And sharing, even the light sharing that is done in co-housing communities just makes people's lives easier."

In Raven's home community of Ganas, an intentional community on Staten Island in New York City, deep relationship-building as a deliberate process takes center stage. Environmental resilience, social justice, urban communal living, and agroecology, organic or biodynamic farming are some of  the underlying drivers of other communities.

While living in intentional community may be a giant step away from the mainstream for some, we would all be wise to gravitate toward kindred spirits with whom we can navigate the rough waters that lie ahead. If the first 17 days of the new administration foreshadow the next four years in the context of anticipated climate change, we will need to tap deeply into our own inner resilience, and most especially, we'll need each other.