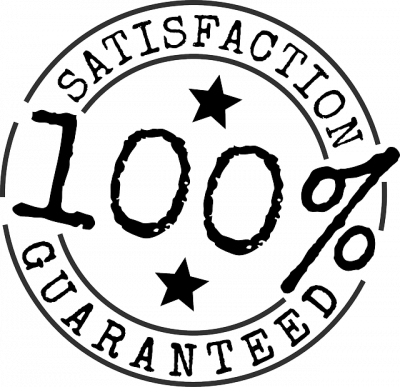 I was fortunate enough to get to attend the 2016 Worker Cooperative National Conference held in Austin, TX at the end of July.  A few issues came up over the course of the weekend that piqued my interest, largely because I hadn't heard them discussed before in the context of worker cooperatives.  Specifically, I was (pleasantly) surprised to hear a nuanced discussion of Universal Basic Income (UBI) during Sunday's panel discussion with Ed Whitfield, Douglas Rushkoff, and Esteban Kelly.  I was also intrigued to hear of the USFWC's plans for creating a joint 401(k) retirement plan for worker co-ops.  Since there was, unfortunately, very little time during the conference for conversations around these issues, I thought I'd share my thoughts in a couple of blog posts.

Universal Basic Income is an old idea, but one that's been getting a good deal of renewed attention lately.  The essence of UBI is that every citizen receives a monthly income from the state, regardless of work or income status.  The justification for such a program is to ensure everyone a minimal standard of living without the bureaucratic hassle and social-shaming indicative of means-based welfare programs.  Recently, UBI has been forwarded as a possible response to the increasing displacement of workers by robots and computers.  Silicon Valley "disrupters" have been among the most vocal UBI proponents. Douglas Rushkoff brought up UBI during the Sunday panel discussion and presented the idea in a positive light.  Ed Whitfield pushed back against that notion, however, by noting that providing a UBI is not in anyway transformative, so long as that income is being spent to buy things from traditional, capitalist businesses.  A basic income could very well serve as an excuse to not address the underlying problems with our economy, such as absentee ownership, low wages and exploitative working conditions.

I have been a sometime advocate of UBI, on the basis that any policy or program that relieves some financial hardship for us low-income folks is to be supported.  However, Ed's critique is not one to be taken lightly.  A remedy that merely alleviates the symptoms may serve to hide the underlying disease and make addressing the fundamental sickness more, not less, difficult.  However, there is another policy proposal which, I think, has the potential to both improve the financial stability of the un- and under-employed, while also avoiding the pitfalls that Ed drew attention to in his critique.  That policy is generally referred to as a Job Guarantee.  My particular preference is for a Job Guarantee combined with a public budgeting process that would empower both individuals, by providing them with a guaranteed job, and communities, by letting them decide what work needs doing in their area.

Unlike a UBI, a Job Guarantee (JG) is not an untested policy in our country.  The Civilian Conservation Corps (CCC), the Work Projects Administration (WPA), and similar programs put in place during the Great Depression had the intent of providing useful jobs for the many people who had been left unemployed by financial and ecological collapse, and for whom the capitalist economy proved unable to provide either employment or income.  The idea of paying un- and under-employed people to do socially useful work at government expense would, therefore, likely be an easier sell for most people than a UBI.*

My particular version works like this: communities (or perhaps neighborhoods in large urban areas) would engage in a participatory budgeting process to determine what work needs to be done in the community.  Unemployment offices (which would now be employment offices) would then have the task of matching people to the tasks that the community has agreed upon.  Jobs could range from tutoring/mentoring young people or home visits and assistance for older folks, to building parks, playgrounds and other types of communal space.  A JG policy along these lines would not only provide much needed income for the many people left out in the cold by the current economy, but also give communities a way to guide the program to avoid the inevitable problems of centralized, "from-on-high" decision making.  And the psychological benefits of performing useful work for your neighbors and community should not be overlooked.  Whereas a UBI might lead to a sense of dependence and helplessness among those who depend on it, a well-implemented JG would provide not only money but a sense of purpose and the pride that comes with knowing that you are a valuable member of your community.**

A JG program isn't something that you'll hear much about in political discussions nowadays, but I think it's high time we try to change that.  There's plenty of work that needs doing in this country, and plenty of people with the time, skills and passion to do it.  As cooperators, I think a Job Guarantee is a policy we can all get behind.

In my next post, I'll dive into some of my thoughts around 401(k) retirement plans for worker co-ops, and how we might be able to do retirement better than the traditional economy (it would be hard to do it worse).

* The common argument against both UBI and JG programs is the need to fund them through taxes or borrowing.  This is, however, a specious argument when the Federal Government is the one footing the bill.  The Federal Reserve regularly creates new currency when it purchases securities from banks, as it did to the tune of $2+ Trillion during the financial crisis of 2008.  The requirement to offset Federal spending through taxes and borrowing is a legal, not a technical, constraint.  There is nothing apart from a lack of political will that keeps Federal programs from being directly funded, without regard to effects on the (misleadingly named) Federal budget deficit.  For an in-depth explanation of the economics involved, see the University of Missouri-Kansas City econ department blog, New Economic Perspectives.

** A third benefit would be to create a de-facto minimum wage at whatever rate JG wages are set.  We would expect that private employers would have to pay at least as much as JG jobs in order to attract workers.  Whereas a UBI might allow employers to reduce wages (since they know their employees all have a minimal financial cushion), a JG would stop employers from offering lower wages and benefits to workers, since everyone would have, as it were, a standing job offer.