Activists Take the Mystery Out of “Mystical” for Movement-building

The Inner Landscapes Activists’ Community-of-Practice democratizes sustained “mystical experience” in service to movement-building! Mystics worldwide describe accessing and obtaining guidance from the undifferentiated field of consciousness as the ultimate state of bliss. The Activists' community-of-practice takes the mystery [but not the awesomeness] out of "mystical."

Mysticism is the science of essential, unified consciousness which incorporates, yet is beyond the limitations of sense perception. Mysticism defies intellectual analysis and reasoning, emphasizing direct experience of a larger field of consciousness.

Mystics live in the awareness of interconnection which transcends the illusion of separation, and experience the world as one field of universal, intelligent consciousness. 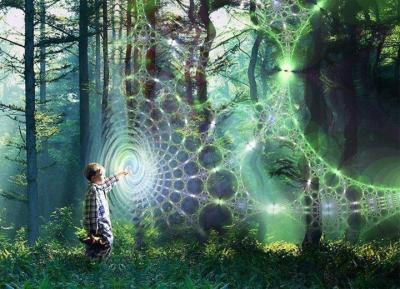 The Inner Landscapes Activists’ community-of-practice ushers the mystical experience out of the esoteric closets of the few by participating together in practices which democratize the opportunity for ALL.  We cultivate direct, frequent, and sustained experience of the undifferentiated field.  "Mystical experience" is where deep contemplative practice melds with reality as a probability distribution as explained by quantum science, digital physics, and neurobiology.

Activists attempt to move socio-political reality from point A, to an improved point B.

Quantum mechanics and digital physics in particular have arrived at the same non-material understanding of reality as a probability distribution in which consciousness, not "bits" of matter, is the fundamental stuff of reality. (See the Double Slit Experiment, and the work of Edward Fredkin.)

Mystics tap into and experience a much wider swath of reality than most — including non-material reality.

Contemplatives employ the practices and tools that facilitate arrival at a broad, mystical, exerience of reality.

We are all now standing in the same space, sharing the same understanding and experience of reality. There is a confluence of wisdom and experience that activists, steeped in and enabled by discoveries in physics, neuroscience, and using contemplative tools, are  bringing to bear on their social transformation work from a wide-angle perspective and a vantage point of unprecedented clarity.

Inner Landscapes Activists’ community-of-practice cultivates the ability to live into non-duality which is the only vantage point from which we can make any significant dent in complex multifaceted, extistential 21st challenges. It's easier for the western mind to think about "unity" or kumbaya "oneness" than to fathom "non-duality" which calls for a more stark reckoning with non-material reality. The community-of-practice demystifies "mysticism" and builds the capacity to live into non-duality by remaining anchored in daily life while simultaneously and consciously tapped into the larger field of consciousness. We foster and hone ongoing, conscious alignment with universal intelligence for our individual and collective societal evolution. Highly potentized activism is one of myriad byproducts. 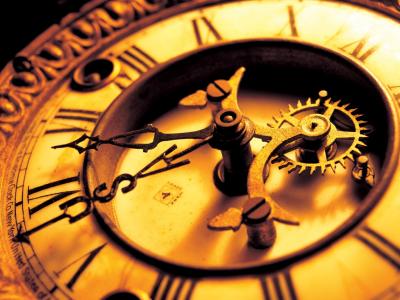 illusion of separation and disconnection. The Inner Landscapes Activists’ community-of-practice engages in the "Great UNLEARNING" of material causality and a mechanistic worldview to enhance clarity for informed movement-building.

Westerners are conditioned to view dualities as polar opposites: good/evil, mind/matter, rational/emotional self/other, wave/particle, spiritual/material, male/female. Mystics know these to be two sides of the same coin, two vibratory frequencies on the same spectrum. Mystics have long recognized that duality, or separation between the observer and the observed, is an illusion which Western science now demonstrates through quantum mechanics.

The community-of-practice acts on the recognition that truly sustainable and transformative social change requires clarity of perception which is grounded in direct co-creation with the undifferentiated field, and is as free from cognitive distortion as possible.  Contemplative practice honed to the level of sustained still-point consciousness, (state of stillness detached from physical input) and informed by a scientific understanding of the language, architecture, and function of the mind and brain can facilitate clear, unified vision.

1. Foster personal and societal transformation: Evolve individually and as a community toward consciously becoming, generating, and transmitting Love as THE evolutionary Spark — the nature of our true selves AS consciousness.

2. Contribute to the evolution of the larger consciousness system, (the field of universal intelligence, spirit), of which we are part by intentionally expanding our awareness beyond the personal self, to align with the universal Self.

3. Serve as conduits for the infusion of universal intelligence into the apparently afflicted physical realm by learning to consistently function simultaneously  in more than one dimension —or reality-frame.

Unlearn That Which Limits Evolution and a Full Experience of Consciousness

Experience, Growth Through Practice, and Understanding of the Overlap of Ancient Spiritual Wisdom with Emerging Scientific Discovery:

Inner Landscapes Activists’ community-of-practice is composed of activists who are passionate about: