There is a science of collective action? And it's useful?

Is real life too complicated for reductionist, scientific conceptions of society? Cooperatives, neighborhood buying clubs, grassroots producer cooperatives, housing co-ops, intentional communities, and other faces of solidarity economy exist outside the economic mainstream. So how long will it be before scientists have anything useful to say to the actual organizers of alternative economic and governance structures?

It is happening now. Researchers from political science, psychology, economics, sociology, even computer science, are doing work that can help organizers build lasting institutions. This issue will focus on just one excellent example of such work. The Workshop in Political Theory and Policy Analysis is the product of Vincent and Elinor Ostrom, who have spent over fifty years developing an interdisciplinary toolkit for understanding how people self-organize to produce and share resources - sometimes without a boss, and sometimes without market institutions.

One major result from researchers in the Workshop community is the idea of institutional diversity: the idea that there is more than one way to solve a social problem, or to accomplish a social goal. While the problems faced by different communities may share a common structure, the solutions to those problems will depend on the beautiful, unpredictable details of every situation.

In the world of housing cooperatives (the collectives that I know best) everyone needs to eat, and everyone benefits by sharing the work of buying and preparing food. This creates coordination problems that are common to all of these communities. Despite this common need, the systems that have been created to for it range from comprehensive meal programs to large-scale private property systems with almost no food sharing. The management of food systems can rely on inspired volunteerism or closely managed 100-person enterprises. Some communities maintain strong internal norms for keeping their kitchens clean, and others have elaborate systems of rewards and sanctions. None of these solutions is fundamentally better than another, they are all the result of their history and environment, and they all require special attention in some unique way.

While institutional diversity is appealing to anyone interested in alternative economic models, researchers are careful to remember that it cuts both ways. Some co-ops have solved their food distribution problems by creating homemade market institutions within their houses. Cooperatives and their organizers usually treat their interactions with markets as pragmatic concessions to a flawed outside world, but institutional diversity recognizes that the market can be an inherently good solution to a certain type of problem.

With ideas like institutional diversity, the Workshop has made room for systems that classical theory-driven economics cannot explain, and it is an expression of the potential of science to help everyday people solve problems together. These tools can help practitioners understand their lives in community, but science has a much deeper role in supporting strong communities.

This may seem like an insultingly rosy view of science, with all its complicity in environmental destruction, social disempowerment, and other problems that make us fear the future. It helps to distinguish between two senses of science: there is science as a social system with social power -for better and for worse -and there is science as a way of thinking about the things we see.

I have lived in about 10 intentional communities, ranging in size from three to over four hundred residents. I have seen that everyone enters a community with different beliefs about good communication, human nature, honesty, and how to keep the kitchen clean. While these differences will always be present during any interaction, they are more important to attend to in collectively-run groups.

Sometimes these differences are harmless, and sometimes they need endless discussion over meals, in bedrooms, down hallways, and over e-mails of every valence. The biggest differences of all are the ideological differences - ironically the very differences that matter the least to the daily problems of community.

Ideological differences are prominent because our communities bear the fingerprints of our worldviews. We depend on our communities not only for our livelihood, but for our pride in those worldviews. Fortunately, the little everyday problems of groups subvert any grand sense that we understand humanity. These mundane problems are the expressions of a world that is too complex for us to ever fully understand.

In science, every model is wrong. This enforced humility makes it possible for two people with different ideologies to arrive at exactly the same compromise. I have seen anarchists and conservative Republicans come together effortlessly on decentralization to keep the bathroom clean, and on a single organizer to keep the bathroom stocked. The little problems of everyday life make us betray our unified visions of society. It's a good thing, and even better when we acknowledge it.

It is important that people can agree on specifics even when they identify each other as fundamentally different. It means that we give observations credit in our decisions. Science isn't so different. It is a way to build consensus among people who don't agree, but are willing to try.

And this willingness is important in a world that is fundamentally too complicated for our worldviews. The world has too much complexity for market institutions to solve all resource problems. It is also too complex for only the solutions offered by the models behind solidarity economics. The right solution is going to depend on the particular place at a particular time. This is part of the message of institutional diversity.

The ivory tower is usually regarded with suspicion, as a distant place whose prescriptions are out of touch with real problems on the ground. This special issue of GEO may see these message reversed, as researchers in the Ostrom workshop caution practitioners in the solidarity movement against too narrow a vision for which institutions will guide us through tomorrow's problems. Democracy, hierarchy, community, bureaucracy, family, consensus, private property, and even the classical market all have their proper place in a healthy ecology of institutions.

With this issue, I am one small strut in this small bridge between the science and practice of community. They may mutually seem like vast and strange continents, but from this bridge they don't look so different. In both worlds, the best we can do is pay attention, try things out, share, and change.

The permanent link to this article is http://geo.coop/node/649 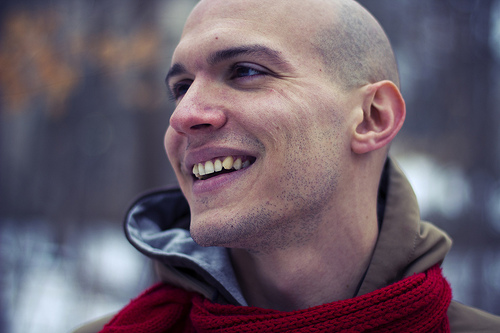 Seth Frey is a student of community and cooperation on the ground, in the ivory tower, and everywhere in between. On the ground he has devoted himself to the cooperative movement, developing member-owned enterprises both locally and nationally. Academically, he studies cooperation, coordination, and collective action, and is pursuing a Ph.D. in Indiana University's Cognitive Science and Informatics programs as a student of Robert L. Goldstone, Elinor Ostrom, Peter Todd, and Johan Bollen. He is training with the support of the National Science Foundation.

In parallel with his studies he is a community organizer, focusing on business models that empower people. He is a founder of Bloomington Cooperative Living, a local member-owned housing co-op. He is an advisor to the ambitious Bloomington Cooperative Plots Eco-Village. He serves the cooperative movement nationally on the NASCO Development Services board.

Seth talks about the interactions between cooperative research and lifestyles, like in this recent short talk for the TEDx franchise.  For questions or comments about this special issue of GEO, you can reach Seth at sethfrey@indiana.edu.

Seth Frey (2011). There is a science of collective action? And it's useful?
Grassroots Economic Organizing (GEO) Newsletter, Volume 2, Issue 9.
http://geo.coop/node/649

The 99 Percent Organize Themselves

ShareFests: An Economy For the People is Coming to a City Near You