SuperCooperators: Altruism, evolution, and why we need each other to succeed.  Martin Nowak and Roger Highfield. Edinburgh: Canongate Books Ltd., 2011

SuperCooperators is an engaging memoir by Martin Nowak, the eminent theoretical biologist (with the assistance of science writer Roger Highfield), that recounts his discoveries for a general audience. It's a fun way to read about foundational developments in evolutionary thought through the eyes of someone who is in love with abstract theory.

To describe SuperCooperators further requires distinguishing among a number of perspectives; of the social scientist and grassroots organizer; of the professional evolutionist; and of long-term intellectual trends spanning academic disciplines. Starting with long-term trends, the idea that a society is an organism was widely endorsed in the 19th and early 20th century, almost as if it was common sense. Then it was eclipsed by the concept of individualism, which has prevailed up until now. However, individualism is now losing its grip, at least in the sciences. Individualism strives to explain everything in terms of individual self-interest. In the immortal words of Margaret Thatcher, "There is no such thing as society; only individuals and families". The economic formulation of individualism was rational choice theory. The evolutionary formulation was the theory of individual selection, which claims that selection among individuals is always stronger than selection among groups. Inclusive fitness theory extended the definition of individual fitness to include benefitting one's own genes in the bodies of relatives. Where individualism is triumphant, the concept of society as an organism isn't just wrong; it is as wrong as it could possibly be.

How times have changed. Today, evolutionary biologists universally agree that individual organisms like you and me are highly organized communities of cells and organs - not just figuratively but literally. The tipping point was the symbiotic cell theory proposed by Lynn Margulis in the 1970's. She showed that nucleated cells - like the ones in our bodies - evolved by individual bacterial cells coming together and forming symbiotic associations of bacteria. These cooperative associations became so functionally organized that they became higher-level organisms in their own right. This discovery led to the concept of major evolutionary transitions, which explains the evolution of first cells, multicellular organisms, social insect colonies, and possibly even the origin of life in the same consistent way. Thus, a multicellular organism such as you or me isn't just an individual. Each of us is a group of groups of groups.

Now it is dawning upon us that the concept of major evolutionary transitions applies to human biocultural evolution. The old concept of human society as like an organism has become new, much to Maggie's distress I am sure. Moreover, this is not just another scientific update or new opinion. This is a permanent change in evolutionary thinking. Like the phenomenon of continental drift, the phenomenon of major evolutionary transitions will be refined but never, in all probability, replaced.

Nowak's mathematical models are part of the long trek out of individualism, which includes models of cooperation centered on the prisoner's dilemma, the origin of life and biological major transitions, and the human major transitions, all in an engaging style accessible to the general reader.

From the perspective of the professional evolutionist, Nowak communicates his love of theory but not a lot of the details, which must be sought in his academic papers. He generously gives credit to his collaborators but doesn't sufficiently acknowledge the larger community of theoretical biologists who have been working on the same issues for a long time. He classifies his models into five categories (direct reciprocity, indirect reciprocity, spatial games, group selection, and kin selection) devoting a chapter to each. For me, all of the categories exhibit the same dynamic of traits that are locally disadvantageous (noncooperators beat cooperators within groups) but advantageous at a larger scale (cooperative groups beat noncooperative groups). Nowak eventually stresses this unity himself, but not until the end of the book.

Nowak is currently at the center of controversy for a paper he coauthored with Corina Tarnita and E.O. Wilson in Nature that strongly criticized inclusive fitness theory, which prompted a reply coauthored by 137 evolutionists, including theorists of high standing. I have my own disagreements with inclusive fitness theory that partially overlap with the Nowak et al. critique, but in other respects I side with the gang of 137. Readers who don't want to follow what must seem to outsiders as an arcane debate are welcome to skip to the end of this review.

My comments in defense of the Nowak et al. critique are available on my blog. Here I will discuss some problems with the critique, as presented in SuperCooperators.

Consider Nowak's critique of the Price equation, which is one formulation of inclusive fitness theory, in SuperCooperators.

The Price equation... turned out to be the equivalent of a tautology... If the Price equation is used instead of an actual model, then the arguments hang in the air like a tantalizing mirage. The meaning will always lie just out of reach of the inquisitive biologist. This mirage can be seductive and misleading. The Price equation can fool people into believing that they have built a mathematical model of whatever system they are studying. But this is often not the case. Although answers do indeed seem to pop out from the equation, like rabbits from a magician's hat, nothing is achieved in reality.

What's that supposed to mean? It's true that the Price equation is not an explicit genetic model, but it still qualifies as a model that usefully partitions phenotypic variation and selection into within and between group components. What's the point of saying that it's not a model? Nowak also contrasts inclusive fitness theory with "the old fashioned concept of natural selection", pointlessly enraging theorists who regard inclusive fitness theory as a useful tool for modeling natural selection. The beauty of mathematics is that its terms are defined precisely. The same should go for terms used in everyday language.

After dismissing inclusive fitness theory, Nowak describes the theoretical framework built by himself and his colleagues as a heroic scaling of cliffs, resulting in something of cosmic generality:

Her proof was breathtaking. Even for a seasoned mathlete, overcoming "every population structure" was like conquering every peak in a vast and rugged mountain range. By thinking about something as intimate as social relationships, we have come to a cosmic conclusion. In evolving populations, cooperation withers, shrivels, and dies when the structure coefficient, sigma, is less than one. Equally, when sigma is greater than one, cooperation takes root and flourishes. Corina's theorem will hold for any evolutionary process on Earth, in this galaxy, as well as all the others, from those nearby to agglomerations of ancient start that lurk in the faintest, farthest reaches. It applies to any and every game in the cosmos.

The sigma term sounds a lot like the r term in Hamilton's rule and the covariance term of the Price equation. All of them measure the degree to which cooperators cluster together and avoid being exploited by noncooperators. Perhaps sigma achieves a greater degree of generality than the other terms, but it's odd for Nowak to praise the generality of his own framework after criticizing efforts to generalize inclusive fitness theory beyond interactions among genealogical relatives.

What is the social scientist and grassroots organizer to make of all this? Returning to the big picture, there is a huge benefit to understanding the factors that govern the evolution of cooperation in all social species, therefore our own. It also helps to know that evolutionary science provides a strong argument against individualism and a justification for the earlier view that society can be like an organism, at least when certain conditions are met. The basic fact that cooperation requires clustering doesn't get us very far in the business of creating functional human groups, however. Real organisms are extraordinarily complex. They have an anatomy, physiology, and replication machinery that enables them to survive and reproduce in challenging environments. For human groups to function as adaptive units, they must also possess mechanisms that enable them to do just the right things under just the right circumstances. Moreover, these mechanisms must somehow recreate themselves from one group to another. Understanding the mechanics of actual organisms and groups is a different enterprise than demonstrating the raw fact that cooperation can evolve. It is an enterprise that requires theory, but theory that takes proximate mechanisms more explicitly into account. SuperCooperators should therefore be appreciated for what it does, and does not, provide.

The permanent link to this article is http://geo.coop/node/680. 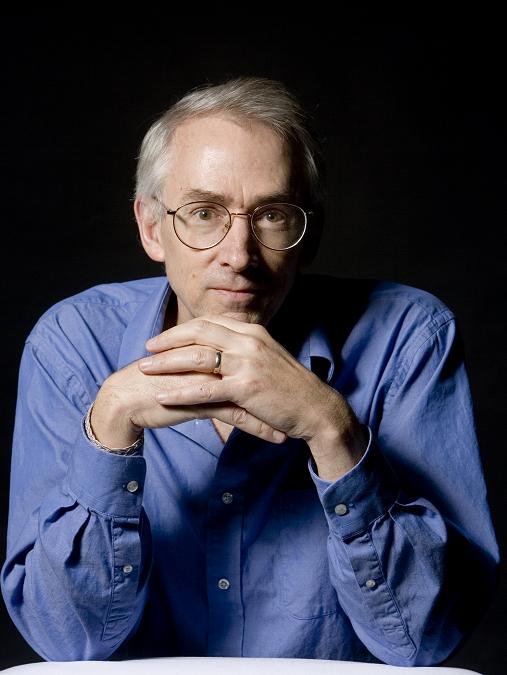 David Sloan Wilson is an evolutionist who studies all aspects of humanity in addition to the biological world. He is SUNY Distinguished Professor in the Departments of Biology and Anthropology at Binghamton University in Binghamton, NY. He manages a number of programs designed to expand the influence of evolutionary theory in higher education (EvoS), public policy (The Evolution Institute), community-based research (The Binghamton Neighborhood Project), and religion (Evolutionary Religious Studies). He communicates to the general public through his ScienceBlogs site and his trade books, including Evolution for Everyone: How Darwin's Theory Can Change the Way We Think About Our Lives and The Neighborhood Project: Using Evolution to Improve my City, One Block at a Time, which will be published by Little, Brown in August 2011 and is reviewed in this issue. He can be contacted at dwilson@binghamton.edu

Local Institutions and Inequity. How can Institutional Analysis help?

Good Work, and Frank was the Heart of it All