cross-posted from meanwhile in an abandoned warehouse

[Editor's Note: two other members of Guerrilla Translation recently penned an article for GEO about how the DisCO model has worked out in practice. If you missed it the first time around, you can read it here.]

He talks with Owen Kelly about the work of the group, and the ways in which they see the structure of their group as a vital part of its practice. They have developed a model of governance that guides their practice while acting as an example that others might build upon.

Stacco also touches upon his work with the p2p Foundation and Commons Transition, both of which we hope to cover in more detail in a future episode.

Owen Kelly grew up in Birkenhead, worked in Brixton, and now lives in Helsinki. He has worked in physical theatre and as a community artist, cultural consultant, computer trainer and web designer.

He served for five years as a member of the board of Pixelache, a digital “arts” collective, and continues as an active member. He currently works as principal lecturer in online media at Arcada, a university of applied science in Helsinki. 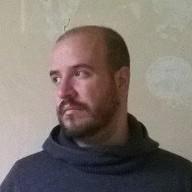 Stacco Troncoso (Spain) is the advocacy coordinator of the P2P Foundation as well as the project lead for Commons Transition, the P2PF’s main communication and advocacy hub. He is also co-founder of the P2P translation collective Guerrilla Translation and designer/content editor for CommonsTransition.org, the P2P Foundation blog and the new Commons Strategies Group website. His work in communicating commons culture extends to public speaking and relationship-building with prefigurative communities, policymakers and potential commoners worldwide.