cross-posted from Medium, with permission 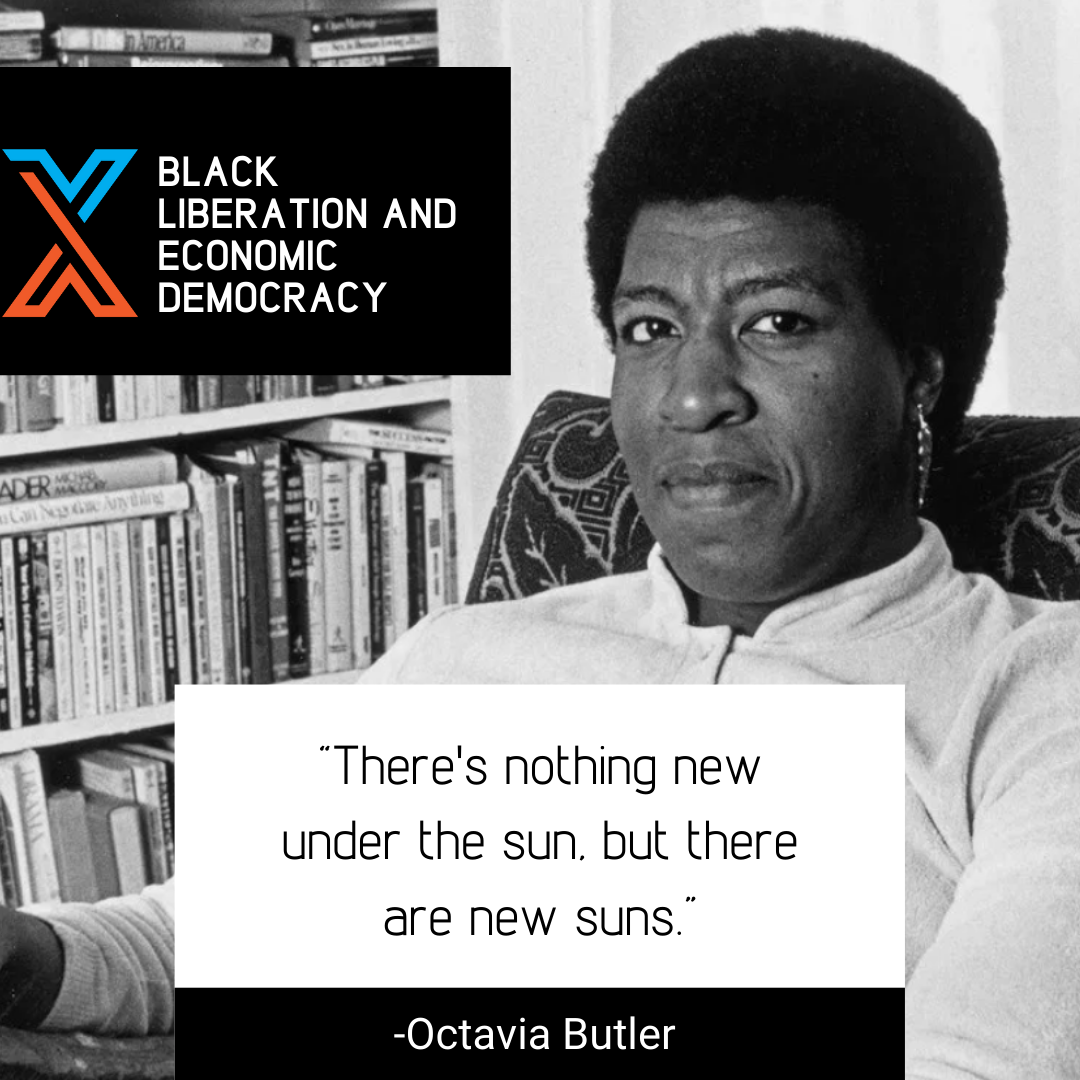 Race is an economic system, our economic system is a racial system. We offer this list of readings as a brief introduction to the foundations of a future economy for all people under a new sun.

Economic Democracy isn’t a new idea. And Black Liberation should not be on our minds only during black history month.

These are long-standing political movements and traditions that ground us. Our work and the work of our peers and partners around the US and across the Americas and the globe have long roots in generations and centuries of freedom and labor struggle. From reconstruction to the March for Jobs and Freedom a century later, we continue to live in the shadow of a system in which “something of slavery remains, and something of freedom is yet to come”. In the words of Eduardo Galeano, “the system of power is not in the least eternal. We may be badly made, but we are not finished.”

In that spirit of struggle, progress, and learning, we share these inspirational resources that guide us in our work and remind us of the inseparability of class, race, gender, economy, and democracy.

Collective Courage: A History of African American Cooperative Thought and Practice — Jessica Gordon-Nembhard (2017)/ This critical new work of history uncovers the hidden history of economic cooperation in the African American community in the United States and how these practices have been integrated into political, economic, and social life, as well as social movements, over the past century-plus.

Black Movements in America — Cedric Robinson (1997, 153pp)/ This brief historical text provides an overview of competing aspirations within black resistance movements, with an analysis of different visions of integration and resistance over time and place.

Groundwork: Local Black Freedom Movements in America (eds Jeanne Theoharris and Komozi Woodard 2005, 315pp)/ This book explores a wide variety of organizing efforts in black communities across time and geography, with a focus on local efforts.

How we Get Free — Keeanga-Yamahtta Taylor (2017, 191pp)/ This edited volume revisits conversations with the Combahee River Collective, a group of activists who collectively developed a theory of intersectionality from their intellectual, political, and social lives.

What must we do to be free? On the building of Liberated Zones — Ed Whitfield/ In this article, organizer and activist Ed Whitfield writes about how we can craft spaces of liberation and freedom within oppressive systems, and use them as places that can nourish us to create more and more liberated zones.

Please share these resources and continue to work and fight at the intersection of black liberation and economic democracy.

Claim No Easy Victories: The Legacy of Amilcar Cabral — Edited Volume (2013, 500pp)/This edited volume is composed of commentary from scholars and activists commenting on the ongoing relevance of the life and work of African post-colonial revolutionary leader Amilcar Cabral to contemporary black freedom struggle across the globe. How Long, How Long: African American Women in the Struggle for Civil Rights — Belinda Robnett/ The historic and often invisible role of black women in the civil rights struggle is documented in this book, which has a lot of important insights into how movements address differences and tensions in tactics and strategy in order to achieve lasting transformative impact.

Ella Baker and the Black Freedom Movement — Barbara Ransby/ This classic biography of Ella Baker is a foundational text on her life and the civil rights movement in the twentieth century.

Capitalism, Democracy, and the two proletariats /This article summarizes arguments from W.E.B. DuBois’ Black Reconstruction, providing a short introduction to the intersections of race, capitalism, and democracy.

Casting Shadows: Chokwe Lumumba and the Struggle for Racial Justice and Economic Democracy in Jackson, Mississippi — Kali Akuno/ This short report provides an introduction to the work of Cooperation Jackson and the political fight for the Lumumba mayoral administration in 2013 and 2014.

Evan Casper-Futterman is the Director of the Economic Democracy Learning Center at the Bronx Cooperative Development Initiative.

Putting the Soul Back in the Motor City

The History of May Day, Argentine Co-ops and Lucy Parsons