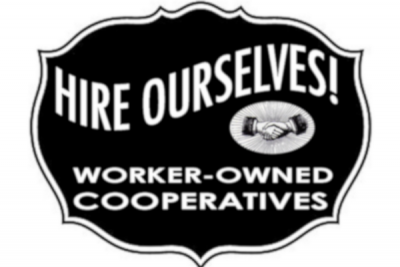 Beginning with some of the earliest socialist theorists, many have argued that worker cooperatives cannot remain democratic in the long term. This is called the ‘degeneration thesis’ and according to this view, worker cooperatives are inherently unstable and will inevitably degenerate into capitalist businesses over time. For decades now, researchers have been studying worker cooperatives to see if degeneration really is inevitable, and if not, to describe the strategies that worker-owned businesses use to strengthen democracy in their organizations or to restore democracy if degeneration has started to take hold. This research has real practical value for entrepreneurs thinking of launching new worker-owned businesses, and previously I have reviewed some of the more recent research on this question.

Perhaps one of the best studies on degeneration and regeneration was authored by Chris Cornforth from the Open University in the UK. This study is getting a little old now: the paper first appeared in Economic and Industrial Democracy in 1995, and the research was conducted way back in the mid-80s; nonetheless, in broad strokes, Cornforth’s research and analysis remains just as relevant today as it was when it was first published. Cornforth conducted in-depth case studies of four small to medium-sized worker cooperatives, examining how they balanced democracy and efficiency, and how they coped with growth. These four case studies are of particular interest to us here because they were relatively ‘young’ businesses in the mid-80s. They were all launched in the 70s as small, radically horizontal cooperatives governed by direct democracy. Two were founded directly as cooperatives and the two others were converted to cooperatives a few years after being set up. By the mid-80s they had all grown and their worker-owners were experimenting with different democratic structures to better manage their larger, more-complex organizations.

All four case studies are interesting on their own, and its worth reading the whole paper for Cornforth’s detailed analysis, but examining the data from the four case studies together, Cornforth draws a number of useful generalizations. First of all, Cornforth contends that, at least in the short term, degeneration does not appear to be inevitable. At the time of his research, three of the four cooperatives he studied were successfully negotiating their growth without compromising their democratic principles. Cornforth does however suggest that there may be an upper limit to the size of worker-cooperatives that can be efficiently managed by direct democracy (full consensus):

The experience of [one of the larger cooperatives studied] suggests that once a co-operative reaches 15–20 members, a high degree of democratic involvement and influence can only be maintained by developing a more complex democratic structure, combining representative and direct forms of democracy, so that they reinforce each other.

This is a controversial suggestion, and many would contend that full consensus can be made to work even in much larger organizations, but if a cooperative — at whatever size and for whatever reason — decides to introduce representative democracy in some form, can the members successfully delegate some of their decision-making authority without compromising the basic principles of worker ownership and control, or is representative democracy the first slippery step in an inevitable slide to full degeneration? Based on his research, Cornforth believes that cooperatives can indeed successfully adapt to growth through more vertical management structures and still stay fundamentally democratic, and he contends that a shared ideology or vision among all members is critical in this respect. Ultimately it is a strong, shared cooperative ideology that serves as the best bulwark against degeneration in a worker-owned business, but as cooperatives grow, maintaining this shared ideology requires constant vigilance:

It is important then for co-operatives to develop working practices which aim to develop a shared meaning and commitment to the co-operative’s aims and principles, through, for example, common recruitment and induction procedures, training, and the periodic rotation of at least some staff between departments and jobs.

Cornforth is a particular proponent of job rotation and notes that all the successful cooperatives in his study used job rotation to democratize expertise and improve communication, even as they grew and diversified. In his view, management structures are not the greatest threat to democracy, but rather, that informal elites will the develop in a cooperative who start to act as de facto managers but who are unacknowledged as such and are therefore unaccountable to democratic control.

While Cornforth argues in this paper that degeneration is not inevitable, he does see it as a real and constant danger, and his final recommendation is that, as they grow, worker cooperatives should continually reflect on their performance as democratic organizations to guard against degeneration taking hold:

Finally and perhaps most importantly, the case studies suggest that co-operatives need to regularly review their performance both as co-operatives and businesses if they are to avoid degeneration.