The Corrupting Role of Corporate Co-ops 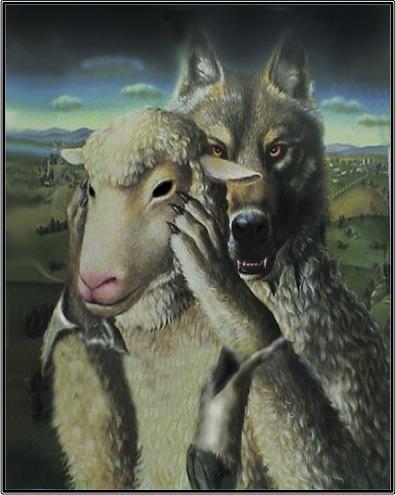 [Editor's note: NCBA and CHS were both contacted in advance of this article and asked to comment.  Neither organization has responded as of this posting (7/18/14).  GEO tried to contact NCFC through their website but has recieved no response thus far.  GEO will publish any responses that the organizations or people mentioned in this aritcle provide]

Cooptation and corruption are major threats to progressive social movements.  Vigilance requires critically examining cooperative organizations to discern their (sometimes unwitting, implicit) accommodation of anti-cooperative elements of the prevailing social system.  One worrying form of cooptation and corruption is the association of corporate co-ops with worker co-ops and consumer co-ops.  This association enables corporate, capitalist values to corrupt cooperative values.  This is especially true when the corporate character of co-ops is ignored, and they are presented as ordinary co-ops with the same values and interests as consumer and worker co-ops.

I will examine two corporate co-ops and how their interests oppose our co-op movement and cooperation.

CHS is the U.S.A.'s largest member-owned cooperative.  It is "one of the nation's leading farmer-owned cooperatives" according to an announcement in the NCBA's Dec., 2012 eCooperator.  CHS is the largest producer-coop in the U.S.A., consisting of over 1,000 member co-ops.  But CHS is much more than a farming co-op.  It is also a leading energy and foods company that operates petroleum refineries/pipelines and manufactures, markets and distributes Cenex® brand refined fuels.

CHS earned $25.3 billion in revenue in 2010.  Indeed CHS's mission is "To grow company profitability and stakeholder value".  This is a capitalist mission, not a cooperative mission.  CHS sells preferred shares on the NY Stock Exchange.   Anyone can buy many shares of stock to enrich oneself, and wealthy investors can afford more shares than poor ones. CHS is a member of NCBA.

The president and CEO of CHS is Carl Casale, who was a former executive vice president and chief financial officer for Monsanto Company (agent orange, Roundup, PCBs, GMOs, and the nemesis of co-ops) from September 2009 until December 31, 2010.  Prior to that he was Executive Vice President, Strategy and Operations for Monsanto from 2007 to 2009 and Executive Vice President, North America and Latin America North for Monsanto from 2003 to 2007, and Vice President, North America from 2000 to 2003. As CFO he authorized $150 million in cash and trade incentives (i.e., bribes) to Latin American farmers to encourage them to use Monsanto's Roundup.

Casale's compensation from Monsanto in 2011 was $1.7 million.  He was also on Monsanto's board of directors until Dec., 2011.  Casale moved directly from Monsanto's CFO position to the CHS leadership on Jan. 1, 2011.  He took no break to learn about cooperative social and economic philosophy.  Nor did CHS co-op feel a need to reorient him from his mega-corporate, anti-cooperative career to the cooperative world.  At his farewell from Monsanto he praised the company: "I'm incredibly honored to have had the opportunity to work at Monsanto Company," Casale said. "This company is the demonstrated leader in seeds and traits."

Far from CHS being different from Monsanto, CHS frequently collaborates on conferences and associations with upper management from Monsanto and Koch Industries, the notorious, reactionary corporation that funds reactionary political movements in the U.S.

Other anti-cooperative activities of CHS include the fact that it is a Republican-oriented corporation, lavishing most of its political contributions on conservative politicians and PACS.  CHS lobbies on behalf of the commercial fertilizer industry.  It belongs to The Fertilizer Institute, which is a consortium of corporations and banks that promotes the fertilizer industry.  The Institute supported Senate Resolution 26 in Sept. 2010 that proposed to revoke the U.S. EPA’s authority to regulate greenhouse gases under the Clean Air Act.

The Institute and its member corporations seek to contain environmental legislation within capitalist economic parameters.  This would reduce their liabilities for environmental crimes which are widespread.  On Oct. 2, 2003, CHS, along with two other oil companies, agreed to pay $2.9 million in fines for air pollution from refineries.  On October 25, 2012, CHS Inc. pled guilty to failure to report a release of a hazardous substance in Montana and paid a $500,000 fine.  In April 2014, federal safety regulators fined CHS $211,000 for repeatedly failing to protect workers from grain-dust hazards in Montana

NCBA additionally invited CHS to sponsor its 2013 annual conference.  CHS is additionally embraced as a stalwart of the co-op community by the Cooperative Development Foundation who has made CHS a partner organization.  CDF also administers the Coop Hall of Fame.  It is an affiliate of the NCBA, located in its building, and holds its induction ceremony at NCBA’s annual conference.  CDF/NCBA admitted retired CEO of CHS, Inc., Noel Estenson, into the Cooperative Hall of Fame in 2011!

CHS’s conservative, anti-ecological, corporate agenda can be seen to corrupt the cooperative movement that allies with CHS.  To wit: CHS organizes a CHS Directors Conference for Cooperatives [Carl provided this url address, which now returns a 404 error https://www.chsinc.com/portal/chs/server.pt/document/89271/4 --Ed.]. It "focuses on business leadership and industry outlook and insight. The sessions are designed for boards of directors to attend together, with outcomes including improved board quality, decision making and cooperative profitability. One workshop, in 2011, explored market attractiveness analysis and “Power of Five Forces” analysis, including:

This is the language of competitive capitalist business. The CHS vision of cooperatives is squarely within the capitalist rubric.

CHS is a member of the National Council of Farmer Cooperatives.  NCFC's President, Charles Conner, was George Bush's acting Secretary of Agriculture.  He was Mitt Romney's agricultural advisor during the 2012 presidential campaign.  Conner worked directly with President George W. Bush and his senior staff to formulate domestic and international food, trade, security and energy policy -- which was pro-capitalist and militaristic.  In addition, he directed a successful World Trade Organization (WTO) and NAFTA trade case against the government of Mexico, forcing it to allow heavily subsidized high-fructose corn syrup from the U.S. to overwhelm its domestic sugar industry.  While Conner was Deputy Secretary of the United States Department of Agriculture, on April 24, 2005, hundreds of family farmers and rural and urban community leaders with National People's Action (NPA) protested at his home to tell Conner and the USDA to end corporate welfare and stop cutting food assistance programs that help America's neediest families.  Conner had rebuffed written invitations from NPA to meet with its national leadership.

NCFC opposed the Clean Water Restoration Act that would regulate farming chemical runoff.  NCFC expressed its anti-environmental interests through a position statement against the Act by the Waters Advocacy Coalition of which NCFC is a member, alongside the National Mining Association and the National Association of Manufacturers.

Clearly, the National Council of Farmer Cooperatives is a corporate co-op, deeply embedded in corporate capitalism.  Yet that is never mentioned by leading co-op associations.  On the contrary they welcome NCFC as a model cooperator.  NCBA invited NCFC onto its marketing committee.  The National Cooperative Steering Committee that administered the International Year of the Co-op -- which was chaired by then NCBA CEO Paul Hazen -- invited NCFC to become a member, joining NCBA, the US Federation of Worker Cooperatives, the Overseas Cooperative Development Council, and the National Cooperative Grocers Association.  This is akin to UN Secretary General Ban Ki-moon recently inviting Bank of America's chairman onto the UN's group on sustainable energy for all, despite BofA being the biggest funder of mountaintop-removal coal mining.  All of these leading co-op associations worked amicably with NCFC instead of publicizing its nefarious character and disavowing it. The Mid Atlantic Cooperative Council also "proudly partners" with NCFC.