by Alanna Irving, originally posted at the Open Collective blog

Social.coop is a cooperatively run instance of Mastodon, a decentralized social network based on open protocols and free, open-source software. Alanna from Open Collective interviewed three of its co-founders to find out more.

Nathan Schneider is a media scholar, journalist, and co-founder of the platform co-op movement; Matthew Cropp is a co-op movement organizer and historian; and Mayel de Borniol is a developer, entrepreneur, and creator of CloudVault. 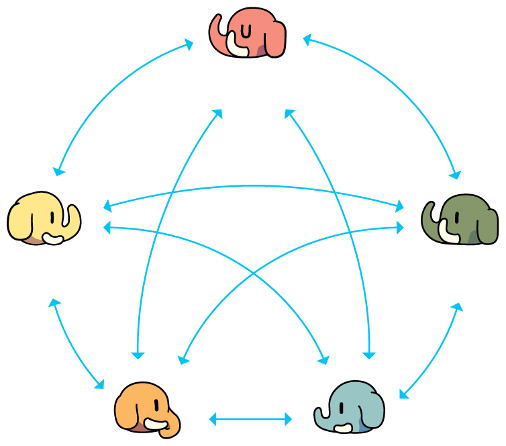 How did all this get started?

Matt: Earlier this year, the #BuyTwitter campaign was ramping up activity and Mastodon was riding a wave of Twitter disaffection. Mastodon’s federated, open-source infrastructure offered an interesting opportunity to realize, at a small scale, the vision of a user-owned Twitter.

An opportunity to realize, at a small scale, the vision of a user-owned Twitter. 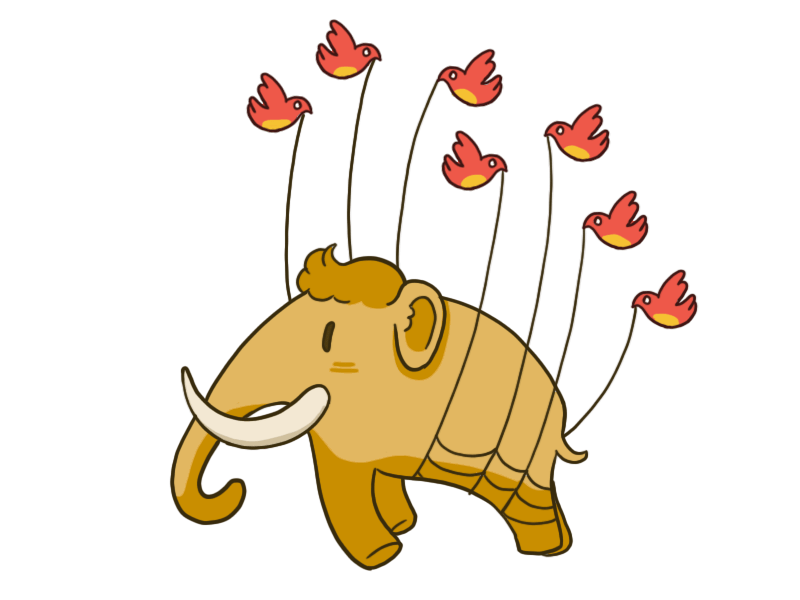 Nathan: Social.coop is part of the emerging promise of cooperative clouds?—?organizations that combine open-source cloud software with human-scaled cooperative business models in order to offer decentralized, well-maintained, secure, and private alternatives to surveillance-based platforms like Google and Facebook.

Mayel: When Michele Kipiel from the P2P Foundation posted, “Crazy idea: how about we set up and run a Mastodon server?” I grabbed the domain name and got started. I had already tried out Mastodon as a user, and was curious about playing with it more in depth. This was a great chance to not only set up an instance from scratch, but also to experiment in creating and running a platform co-operatively with a group of like-minded internet strangers. Currently we have 300+ members who have tooted 10,000+ times.

Mayel: Observing Mastodon instances, I felt that a very important movement was at risk of failing because we were simply moving from oligarchy to feudalism. There was no accountability for node admins. I wanted to create an alternative model for organizing nodes within federated networks?—?participatory, democratic, cooperative, transparent?—?and to then scale it horizontally rather than vertically.

A very important movement was at risk of failing because we were simply moving from oligarchy to feudalism. I wanted to create an alternative.

Nathan: The technology has been around for a while to create federated social networks, where the data is spread out among different hosting providers, but interoperable. Examples have included Diaspora, Friendica, and GNU Social. But of none of these have really caught on?—?not because the tech doesn’t work; but because decentralized, privacy-friendly services aren’t compatible with the dominant business models of the internet.

Federation is the natural mechanism by which cooperatives scale up and balance small-scale accountability with large-scale economic power. So if we want to create a more decentralized, federated internet, cooperative business models are an ideal tool.

Decentralized, privacy-friendly services aren’t compatible with the dominant business models of the internet.

Why do members contribute financially?

Mayel: I think the saying, “If you’re not paying for it, you’re the product” has pushed people to start thinking differently about the economics of our online world.

Nathan: “Member economic participation” is one of the core principles of the cooperative movement. It’s a way of ensuring the co-op is accountable to members, not outside profiteers. More and more, people are realizing that the big internet companies are accountable to furnishing investor profits, rather than to their users.

Economic participation can come in many forms. It can be financial, but it can also be through labor, or in-kind services, or other contributions. Hopefully members won’t need to spend very much when we’re all sharing costs together. We use a sliding scale now.

People are realizing that the big internet companies are accountable to furnishing investor profits, rather than to their users.

How does your budget work?

Matt: Our Open Collective offers a simple way to transparently manage our budget, with members making monthly contributions between $1 and $10. We’ve used it to pay for a few expenses thus far, like our domain and hosting.

Governance is still an ongoing developmental process. We use Loomio (an open-source collaborative decision-making tool) and it meshes well. Expenses are submitted to the group as a proposal, and if approved they are released for reimbursement. If you want details, we’ve just approved our preliminary bylaws.

Access to resources vary widely, so we offer sliding scale payments, and accept members who cannot afford to pay. We’d eventually like to figure out systems for crediting users for the non-monetary contributions they offer, but right now just having a modest pool of funds to draw from to meet expenses has been immensely helpful.

A major challenge is the hegemony of the surveillance capitalism’s “free” model, which has distorted user perceptions of the cost of services and value of data. I hope Social.coop can demystify those dynamics and highlight how exploitative current social media platforms are.

Just having a modest pool of funds to draw from to meet expenses has been immensely helpful.

Nathan: We’re a distributed group of people in several countries with a common project. Thanks to the open source software we use, our startup costs are quite low, so our initial budget was actually lower than paying the legal fees to create a separate business. Open Collective enables us to take in money without making any one member of the group responsible for managing it.

The default transparency is very good for building trust. Unlike with most crowdfunding tools, financial contributors can keep track of management and governance, which is precisely what cooperatives should be doing. With a few more features, I believe Open Collective (or platforms like it) could be poised to support a renaissance of cooperative startups.

Open Collective enables us to take in money without making any one member of the group responsible for managing it.

My favorite thing is when a member asks me, as the admin, to look something up on the back-end. They don’t realize there is no back-end. It’s all transparent. This shows how accustomed people are to centralized monopolies of privileged information.

Why involve money at all?

Nathan: I think tech culture has too often tried to avoid managing money democratically. Open source has relied on a parasitical relationship with high-paying tech jobs, excluding potential participants who don’t have access to such jobs. We’re poised to build a more transparent, equitable, up-front economic layer for the open-source ecosystem, and I suspect that cooperative business models can be a powerful means of doing so.

Mayel: As a developer, I really want to be able to spend more of my time contributing to libre and nonprofit projects. I hope that our approach?—?member monthly contributions?—?will help provide financial support to the developers of all the fantastic free software we rely on. We can donate excess funds after covering our own costs.

Any advice for other co-op startups?

Nathan: I see a lot of new platform co-op projects getting bogged down early with internal bylaws and governance before they even get their product or service up and running.

Open Collective enables startups to get going with a very simple basic structure, without worrying about incorporation. The more that tools take care of governance questions with simple defaults and workflows, the more new projects can focus on their actual work.

The more that tools take care of governance questions with simple defaults and workflows, the more new projects can focus on their actual work.

Matt: For those using asynchronous governance platforms like Loomio, don’t be afraid to take your time. By building buy-in with small collective decisions in the beginning, you’re building the shared trust and capacity to progressively do bigger and more impactful things.

What’s your vision for the future?

Nathan: I envision clusters of small, reliable cloud cooperatives whose members have shared affinity. They self-finance their maintenance costs while participating in the development of the open-source software they rely on. As a result, we see a mass exodus of users from the one-size-fits-all surveillance platforms toward healthier business models, which are better suited to the decentralized protocol that is the internet. And an explosion of open-source software with awesome user interfaces because the development is user-funded.

A mass exodus of users from the one-size-fits-all surveillance platforms toward healthier business models.

Matt: My dream is a hub of the co-op community, where developers, board members, organizers, etc, connect to the movement. I hope the structures we’ve built for ourselves get adopted by many more instances on Mastodon and other federated platforms, leading to co-op instances seriously challenging the legacy monopolistic platforms.

Mayel: Can’t say it any better. Let’s take back the internet!

Interested in this cooperatively run corner of the fediverse? Join Social.coop and get involved!