What’s Next for the World’s Largest Federation of Worker-Owned Co-Ops? 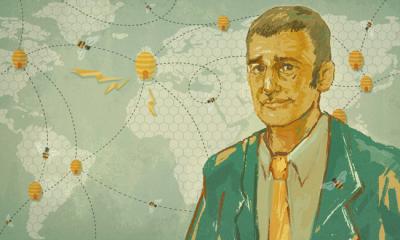 But what if there were an alternative corporate model for the president and other world leaders to shape their thinking around? A model that was still globally competitive but empowered local workers and addresses income inequality?

Mondragon Corporation, a federation of 103 worker-owned cooperatives based in the Basque region of Spain, could provide an example. Unlike Nike, which is controlled by a small group of shareholders, ordinary workers are deeply involved in Mondragon’s decision-making process.

Mondragon made about €11.6 billion ($13.1 billion) in income in 2013. The corporation employs more than 74,000 people around the world. About 60,000 are worker-owners, or “associates,” who own assets in the company and can be elected to the General Assembly, the body that oversees the corporation.

With Mondragon, you won’t find the pay gap between executives and workers that are typical of multinational corporations. Managers at Mondragon cannot make more than six times the salary of their lowest paid workers.

Mondragon is not without its challenges. In 2013, it had to close Fagor Electrodomesticos, a member cooperative that manufactured domestic appliances and employed almost 2,000 people. But the way it handled that crisis shows how having workers in control makes a difference. Instead of sending the laid-off workers to seek unemployment benefits from the government, Mondragon retrained them and found new jobs for most of them at other member cooperatives.

YES! talked with Josu Ugarte, the president of Mondragon International, about cooperative values, how its member co-ops support one another, and how it interacts with its workers outside of Spain.