Thinking about a next system with W.E.B. Du Bois and Fannie Lou Hamer 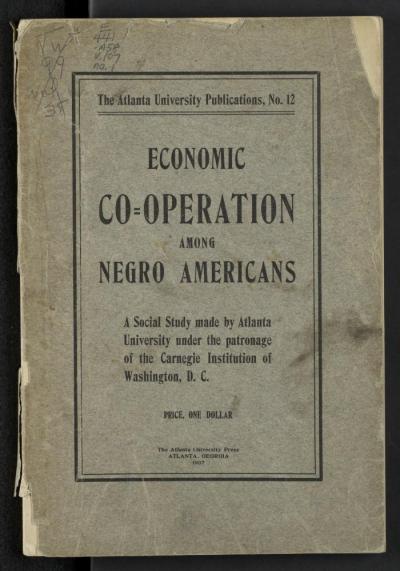 Before launching The Next System Project, we sat down with historian and economic activist Jessica Gordon Nembhard to learn what the tradition of Black cooperative economic development and the long struggle for civil rights could teach us about system change and system models.  What follows is an edited transcript of that conversation.

Keane Bhatt, The Next System Project (KB): Thank you for speaking with us. I was really excited to talk to you, because it seems that your intellectual and scholarly trajectory maps towards system change. Could you tell us a bit more about that trajectory, and how you began to tackle system-level questions?

Jessica Gordon Nembhard (JGN): I came from a family that was dedicated to social justice—a family that was very involved in trying to make social and economic change. And I felt like people didn’t know enough about economics, and that the economists that were out there had a kind of tyranny over the standard models and weren’t allowing other models to come out. So I decided that I was going to study economics and figure out where the inroads were to make economics liberating, as opposed to being constraining and exploitative.

That’s also where I came across cooperatives as a model, and discovered that they have actually been used throughout all centuries, and by all kinds of groups. It wasn’t really just a European thing or what European immigrants did in the US, but was something that all groups have practiced and worked on, sometimes just for survival, but sometimes also with a larger vision in mind for how they could really change society and bring prosperity to the whole group.

Read the full interview at The Next System Project