Take back the factory: worker control in the current crisis

[Editor's note: for more information on recovered factories/businesses, see the short documentary Occupy, Resist, Produce - RiMaflow about a recovered factory in Italy, the recent GRITtv profile of the New Era Windows Co-op in Chicago, and download our recent ebook translation of the Report of the 4th Survey of Recovered Businesses in Argentina.] 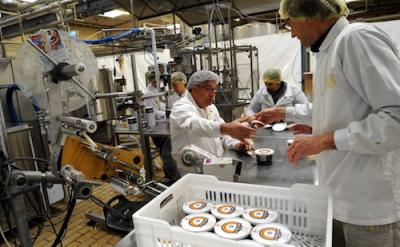 During the first decade of the current century, factory occupations and production under workers’ control seemed to be limited mainly to South America, with a few exceptions in Asia. It was beyond the imagination of most workers and scholars in industrialized countries that workers would or could occupy their companies and run them on their own. Nevertheless, the crisis that started in 2008 put workers’ control back on the agenda in the northern hemisphere. In the course of the current crisis, factory occupations occurred throughout Europe, especially in France, Italy and Spain, but also in other countries, including Switzerland and Germany, and in the US and Canada. Nevertheless, in most cases the occupation was a means of struggle and not a step toward workers’ control. In some better organized cases workers achieved their demands, in others the occupations were a result of spontaneous indignation over factory closure or mass dismissals and the struggles fell apart without any concrete results.

Compared to other historical moments when factory takeovers and workers’ control were part of offensive struggles, the new occupations and recuperations develop out of defensive situations. However, this has been true since the neoliberal attack on workers in the early 1980s, with very few exceptions like the recent struggles for worker control in Venezuela. As consequence of the crisis, occupations and recuperations are accomplished by workers in reaction to closure of their production site or company, or relocation of production to a different country. Workers try to defend their workplaces because they have little reason to hope for a new job. In this defensive situation, the workers not only protest or resign; they take the initiative and become protagonists. In the struggle and on the production site they build horizontal social relations and adopt mechanisms of direct democracy and collective decision-making. The recuperated workplaces often reinvent themselves. The workplaces also build ties with nearby communities and other movements.