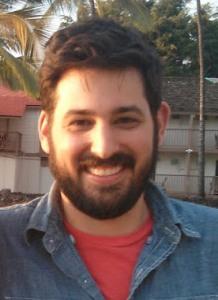 Yochai Gal has been instrumental in founding two worker cooperatives: the San Francisco TechCollective, and more recently, the Boston TechCollective in Somerville, MA. Yochai was born in Israel but raised in California and started repairing computers when he was 17. He has long had an interest in worker-ownership, and when he couldn’t find a worker-owned tech business that needed his skills, at 23 years old, he decided to set up his own.

He and his fellow co-owners opened the San Francisco TechCollective in May, 2007, with a 20K line of credit from Wells Fargo, 14K of which they used and then successfully paid off. The business has a storefront in the Mission District of San Francisco out of which they handle consumer and small-business IT support and specialize in data recovery.  The collective currently has six worker-owners and they are successful enough to pay themselves above-average wages and excellent benefits. They are the highest-rated IT company on Yelp in the Bay area.

In 2011, Yochai relocated with his wife to Boston, and in May of 2013 he launched the Boston TechCollective with a new group of co-owners, assisted by a 70k loan from the Cooperative Fund of New England. The Boston collective currently has six worker-owners and hopes to pay off their loan in about another year.

Recently, the two TechCollectives and C4 Tech & Design in New Orleans have partnered to form the Technology Cooperative Federation as a purchasing cooperative, allowing them to compete in purchasing power with larger private IT companies and corporations.

Yochai kindly agreed to an interview by email: