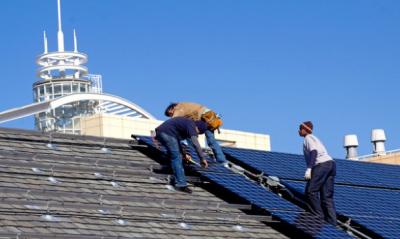 Curtis Bay, already the most polluted neighborhood in the city, would be made into another sacrificial victim—the nation’s largest trash burning incinerator was going to be built less than a mile from Benjamin Franklin High School that hundreds of young people from the community attended every week day. The most galling part of the proposed incinerator plan, however, was the pretense that this all was somehow “green”—the business plan for Energy Answers, the company behind the scheme, depended on selling the electricity generated by burning trash to the public and nonprofit institutions, including the very school board responsible for the wellbeing of the children at Ben Franklin, as renewable energy. This was thanks to a 2011 Maryland law, supported fervently by then governor Martin O’Malley, that made it possible for sustainable energy quotas to be met as easily buying power from a company burning trash as from those putting up solar arrays or wind farms—and exempting such “green” incinerators from inconvenient regulations like those that prevent schoolchildren from breathing mercury.

What happened in Curtis Bay shows quite clearly that our transition to green energy (or in this case, “green” energy!) is not an automatic process driven unambigously towards happy outcomes by technological progress and good intentions. Who benefits from the green transition is clearly going to be dictated by money and power. Those with neither are likely to be left off the sustainability bus—or even thrown under it.

But there’s another lesson to be learned from Curtis Bay: organized communities can successfully demand something other than business as usual. It started with just a few high school students, who started talking about building neighborhood resistance to the incinerator. With the help of local economic human rights organization called the United Workers, that small initial group snowballed into a massive campaign, bringing students and neighbors together with supportive activists and artists from across the city, all showing up at meetings of the institutions who had signed up to purchase power from the planned incinerator, and demanding they do otherwise. Against all expectations, as of August 2015, it looks like they are winning.

Read the full article at Medium