Worker Cooperatives – An Alternative for Youth

Worker Cooperatives – An Alternative for Youth

Worker cooperatives are rising, and youth are increasingly becoming a part of their success. In the United States youth involvement in cooperativism is taking on two forms: multi-chapter college-campus groups with strong connections to the broader cooperative movement, and youth themselves starting non-university based cooperatives.

With the former, one can immediately identify two groups: Student Organization for Democratic Alternatives (SODA) at CUNY, and Aynah in the Midwest. SODA currently has two official chapters: Queens College, and Hunter College. Aynah has three chapters: Earlham College, Luther College, and St. Olaf College. While the two groups differ in a number of ways, they’re similar in their heavy connection to off-campus cooperative movements and activities.

Registered as a nonprofit in 2012, Aynah is connected to a number of cooperatives in the United States. Recently, Aynah took a spring break trip to Greensboro, North Carolina to explore the cooperative movement there. In the process the trip aimed at building internal solidarity as well. 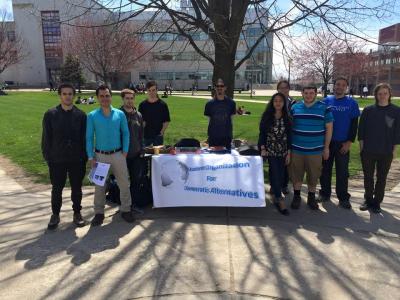 SODA is also the student affiliate of the NYC Network of Worker Cooperatives – the business association of worker cooperatives in the New York metropolitan area. Currently, SODA is in the midst of a campaign to bring participatory budgeting to Queens College. Thus far, the campaign has been met with success, as Queens College’s dominant student political party has since pledged to allocate 10 percent of the student government budget through participatory budgeting. Beyond its educational function and on-campus political activism, SODA also strives to connect students to job opportunities in worker cooperative development, as well as in worker-ownership. 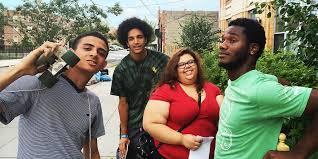 The brightest spot of youth involvement in worker cooperatives might be the very fact that youth themselves are starting cooperatives. With its acronym deriving from the first name of each of its founding worker-owners, KALUK Guerilla Marketing Services is a guerrilla marketing worker cooperative. As noted on KALUK’s website, guerrilla marketing consists of things “such as targeted promotions in public places, street giveaways of products, public relations stunts, flash-mob presentations, or any unconventional marketing intended to get results and create a memorable experience.”

Based in Red Hook, Brooklyn, KALUK’s development has included the help of Center for Family Life and Good Shepherd Services. Founded with five members, KALUK has since expanded into double-digit membership. Two of the founding members, Aida Pedroza and Luis Fernandez are twenty years old and students right here at CUNY.

In an interview with Fast Company, Fernandez spoke of KALUK community outlook: “We all pretty much come from Red Hook so our main priority is to help the community here."

Pedroza also states “People should know that you don't have to wait until your thirties to think about a career or feel like you have to be older to be successful. We're freshman in college right now and we're already starting—no, making—our dream jobs.”

The idea for Sunset Scholars grew out of the social needs of Sunset Park. With a large Chinese community, Center for Family Life social workers took increasing notice of the cultural alienation experienced by Chinese youth returning to United States schools. They found a number of Chinese youth from the United States spent a number of their early years in China. One of the effects is that many Chinese students have found it a trying experience in navigating the U.S. educational system. As a result, many have found it difficult to keep up their grades and ultimately stay in school.

Center for Family Life felt a tutoring worker cooperative could be a means to tackling the issue. The worker cooperative would be largely tailored to such returning Chinese youth so they would not slip between the cracks. Thus, Sunset Scholars is composed of a number of Chinese-speakers who offer one-on-one tutoring services.

I was personally inspired by the January 29, 2015 open house for potential worker-owners. The impact of various worker cooperatives incubated by Center for Family Life was immediately felt in the room. One could not simply sense, but hear the ways in which worker cooperatives had impacted youth in Sunset Park. 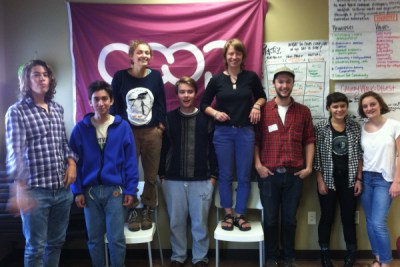 In Northfield, Minnesota – a town with a population of twenty-thousand – a sustainable agriculture worker cooperative has formed. Launched in December 2014 Finca Mirasol Cooperative includes ten worker-owners. All ten are aged 20 or below.

Finca Mirasol is also notable for it’s explicit anti-capitalist orientation. In an interview I conducted with worker-owner Cliff Martin, he remarks “Worker co-ops are a direct assault on capitalism. We started our co-op for three reasons: (1) We love the land, will protect it, and are trying to restore it through our practices, (2) We are deeply hurt by capitalism and are excited to be a part of real systemic solutions that can have impact beyond our lives (3) We need to make money in order to survive in this political economy and to fund our other organizing.”

Martin goes on to state that “Co-ops are about ownership and control, who benefits and who decides, the structure of power within an institution. That's the first point that we must leverage in order to create a new systemic logic of economics. Workplace democracy begins to dismantle the hierarchy that maintains the ownership of capital and structure of privilege.”

Martin also spoke of the internal dynamics of a worker cooperative, and, for that matter, any organization that strives to structure itself along non-hierarchical lines. When asked how he saw himself in relation to his fellow worker-owners, Martin stated that he viewed such in two specific ways: “The first is that of being total equals and peers. There is no hierarchy and in making decisions together, you have to respect all involved. The second is that of a tension of leadership. I want the other members of my crew to take more responsibility and leadership in tasks and management that I currently have to do. We have tools in place and are moving in that direction thankfully. Without developing worksheets of tasks/roles it would be much harder though.”

This remark by Martin may remind one of Jo Freeman’s essay The Tyranny of Structurelessness. In it Freeman states: “For everyone to have the opportunity to be involved in a given group and to participate in its activities the structure must be explicit, not implicit. The rules of decision-making must be open and available to everyone, and this can happen only if they are formalized. This is not to say that formalization of a structure of a group will destroy the informal structure. It usually doesn't. But it does hinder the informal structure from having predominant control and make available some means of attacking it if the people involved are not at least responsible to the needs of the group at large. ‘Structurelessness’ is organizationally impossible. We cannot decide whether to have a structured or structureless group, only whether or not to have a formally structured one.”

One may find parallel’s between Martin’s statement and Freeman’s analysis. Martin hints at the need to formalize tasks and management. The tyranny of structurelessness can take on the double-edged sword of one person or one group of people shouldering the burden of labor, and producing an informal but quite apparent hierarchy. For those can aiming to build non-hierarchical structures, neither are acceptable. Counter to what many may think, however, formalization – institutionalization – is a step in the right direction.

Problems such as these arise for any anti-capitalist group. Yet, in comparison to his other job experiences Martin states there is “No comparison; Co-op is better hands down. We need to live in a world, in institutions, that daily remind of us of our inherent dignity and power as people, as individuals and as community. Working under a person is not only degrading to the employee but reinforces the idea that people can be separate, that worth and value is based on status and wealth, in the head of the employer. Neither person benefits in this arrangement, it disconnects us from our connected selves and further embeds harmful ideas of powerlessness and disconnection.”

In emphasizing connection, as well as the dynamic between individual and community, it is no surprise that Martin sees himself as part of larger movement. More than this, though, Martin recognizes the contradictions inherent in striving to be a single operating cooperatives with a capitalist market economy. He states: “Together, as a movement, we are strong, we have the strength necessary to make big changes in this political economic system. As single co-ops, we are nothing but small competing businesses in the death cycle of growth worshiping capitalism.”

Victory? Only If We Fight for It

Just as cooperatives mean different things to different people in general, the same applies to youth. Nonetheless, there are exciting possibilities for forming a youth movement that aims to transcend capitalism. The seeds for this are there, and in the last two to three years we’ve seen promising growth. Beyond the above mentioned campus student groups and worker cooperatives, it is necessary to note the USA Cooperative Youth Council (USACYC).

Founded in January 2012 “USACYC facilitates & strengthens the engagement & influence of youth in national & international cooperative movements through participation, opportunity, & identity.” Because of USACYC, organizations such as Aynah, SODA, and Finca Mirasol Cooperative have made contact with each other and are striving to build a true nationwide youth cooperative movement. The focus is not simply worker cooperatives, but on a whole panoply of alternative institutions. One key objective is to foster cross-sectoral alliances as well as cooperative production and supply chains.

In keeping with the goal of building a powerful movement, Cliff Martin states: “It is in the experience of togetherness, in reliance on the other, that we begin to discover our tendency towards real community, towards gifts, towards the world that we can feel in our hearts. That's what we have the chance to experience in cooperatives. Young people in cooperatives are the critical next step of a growing democratizing movement that will turn the tables, flip the system, maybe even win. Can you imagine victory? We can. But only if we fight for it.”

*Alexander Kolokotronis is a BA/MA philosophy student at Queens College, City University of New York. He is the founder of Student Organization for Democratic Alternatives, a former Worker Cooperative Development Assistant at Make the Road NY, and the Student Coordinator for NYC Network of Worker Cooperatives.This piece was adapted from the GC Advocate of the Graduate Center of the City University of New York.