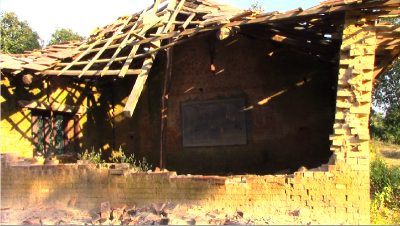 "Social work is hard to do."

Shree and I were standing outside Kali Baba's kuti (hut), talking about Shree's new project.  He and I had been tossing around ideas for the better part of a week and we had a plan worked out, but as Shree said, it wasn't going to be easy.

Last April's 7.8 magnitute earthquake took just seconds to destroy the community school that myself and others had worked for years to build.  That school had run mainly on funds out of my own meager paychecks--along with some funding from the Nepal education department--which was not a sustainable way to run the project. 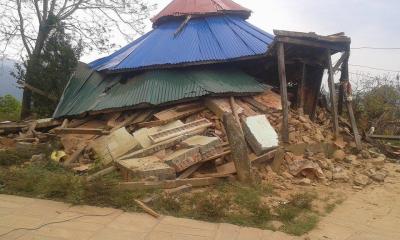 Now, Shree Krishna Khadka, chairman of the Mahankal Trisuldada Consumer Development Organization (MTCDO) and I were thinking of ways to rebuild the school with a modern design and a more sustainable funding model.

The MTCDO is composed of around a dozen members.  Their major work since the earthquake has consisted of rebuilding Kali Baba's kuti, which was completely destroyed in the earthquake, and improving the surrounding mandir (temple) area with stone and concrete retaining walls, steps and walkways.  Now, they've taken over the school project as well, much to my relief.

This time, I won't be funding the school out of my own pocket, which wouldn't be a good idea even if I could afford it. 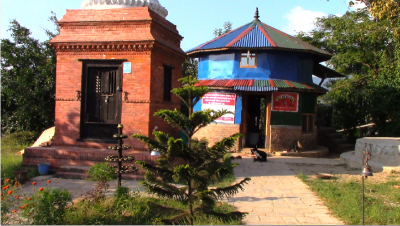 Instead, Shree, Narayan, Laxman, and the rest of the CDO are planning on running a couple of businesses to raise money for the school.  One business will be a plant nursery, selling fruit trees and Ayurvedic herbs to local residents.  Another will be a small tourist shop selling items produced by the Pagoda Workshop cooperative.  A third fund-raising business (and the only one I will be directly involved in) will be a Yoga Retreat Center, where we hope to host at least one group of 10-20 people in the coming year (although 2 or 3 or 4 would be even better).

Starting and running a business is hard work though 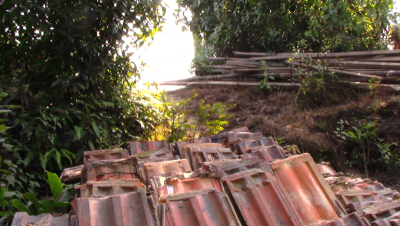 --much less three of them, which is what Shree was referring to outside Baba's kuti.  The CDO won't be trying to start all three immediately.  The shop and the yoga retreat space appear to have the most immediate potential.  Even those, though will require a team to make work.  There are structures to be built (using reclaimed materials) and advertising to be done, as well as the difficult task of selling the rest of the villagers on this new way of doing business.  It definitely won't be easy to do, but with hard work and dedication, I think we might just be able to pull it off.

Linking the Global and the Local: Seikatsu's Vision