Tunnel Vision in the Cooperative Movement

"We don't see things as they are, we see them as we are." 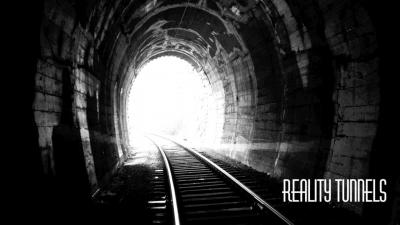 An individual's perspective is largely the result of their upbringing and their experiences. Personally, I like to think of our individual perspectives as "reality tunnels," the term Timothy Leary coined to describe this phenomenon, and which Robert Anton Wilson later expanded on in many of his books. Wikipedia does a good job of summarizing the concept:

The theory states that, with a subconscious set of mental filters formed from his or her beliefs and experiences, every individual interprets the same world differently, hence "Truth is in the eye of the beholder".

A person born into an upper-income family, for instance, will experience normal middle-class life experiences in a very different way from someone who was raised in extreme poverty.

For example, imagine that a person is engaged in the everyday task of doing their laundry.  Suppose that this person is doing laundry in a home that they own, in a washing machine that belongs to them.  If this person comes from a well-off background - where such mundane tasks were perfomed by paid servants - having to do their own laundry may seem like a minor disaster or a sign of failure in life.  If, on the other hand, the person comes from a family that struggled with poverty and homelessess, finding themselves doing their laundry in a home that they own might seem like a dream come true.  What seems "normal" to us, what appears to be an acceptable standard of living, what we consider a blessing and what we consider a sacrifice, is a result of our particular reality tunnel - an important part of which is a result of our socio-economic background.

This may seem like an obvious point, but it's one that we all too often ignore when we seek to ally ourselves with people from different backgrounds in order to create cooperative enterprises. We all bring our particular reality tunnels to our work in cooperative organizing, although we don't often acknowledge their existence.  The result is that we often unwittingly reinforce and recreate the dysfunctional, patriarchal, white-supremacist social dynamics of the larger society within our cooperative projects.  This isn't a result, at least not principaly, of individual greed or misogyny or racism per se, but rather of the fact that people whose reality tunnels have been shaped by generations of oppression, poverty, and belittlement see the world very differently from people whose reality tunnels were formed in middle-class suburban enclaves or elite gated communities.

To put a little finer point on this, I'd like us to perform a thought experiment.  Suppose we have five people who decide they want to start a worker co-op together.  Imagine further that each of these people comes from a different socio-economic background - one from each of the five income quintiles.  We'll call them 1, 2, 3, 4, and 5 for convienence, 1 being from the poorest background and 5 being from the wealthiest*. Like any worker co-op, these five people have to decide (among other things) how to divide up work tasks, and how much to pay everyone.  These tasks and pay-levels, of course, will appear differently to each of the five cooperators, as each views them through their own particular reality tunnel.

Lets say that the tasks breakdown into three categories: 1) manual labor; 2) paperwork, and; 3) seeking potential funders/clients.  It seems likely that cooperators 1 and 2 will be more willing than 4 or 5 to perform manual labor tasks, since doing so is likely to seem normal to them, but would seem like a big "step down" to their partners from wealthier backgrounds.  Contrariwise, 4 and 5 are more likely to end up being the ones to interact with possible financial backers and clients.  Just as 4 and 5 might feel uncomfortable and out-of-place doing manual labor, 1 and 2 might well feel uncomfortable and out-of-place hobnobbing with bankers, while for 4 and 5 it might seem normal.  I'll leave it to readers to figure out who's most likely to end up doing the paperwork.

So we can see that just through the normal sorting and assigning of tasks, and through people choosing to do that which aligns best with their reality tunnels, we can end up (and often do) with a situation where the class division of labor in our society recreates itself within our co-operative.  And, of course, in our country there is a large overlap between class and race, so we can easily end up recreating racial segregation of work roles as well.

Now this might not be so worrisome on its own.  In fact, we could even argue that it's actually a good thing: surely, it's a benefit to have different people with different skills and abilities, not to mention different perspectives, involved in our co-ops.  And I would agree that diversity is good for us, generally speaking.  However, we have the same (to my mind) unfortunate habit in the cooperative movement that is so destructive in the traditional economy: that of paying people at wildly different rates for different types of labor.  Manual labor gets the least, administrative and paperwork gets a little more, and the "suits" make the most.  This means that not only do people often end up doing the same sorts of tasks that they would in a traditional business, largely on the basis of their socio-economic background, but they get the same unequal wages that they would in a traditional businesses.

Let's imagine that everyone in our imaginary worker co-op works 40 hours per week and that the co-op makes enough revenue to pay everyone a wage of $20/hour, if everyone gets the same wage.  This $20/hour, of course, will appear very different to cooperator 1 and cooperator 5.  1 may be thrilled to make $800 for a week of work, while 5 might consider it an unlivable pittance.  So what is likely to happen?  Cooperator 5 will try to justify a higher wage for him or herself ("I have a $2500 per month mortgage and my kid's in a private school, I can't live on that!"), while Cooperator 1 will likely be willing to settle for anything that is at least average for his or her community ("Hey, $12 per hour is still pretty good!").  Cooperators 4 and 5 might claim that their jobs require more education or some other special skills and so deserve to make more than "un-skilled" manual labor.  Cooperators 1 and 2 might even agree, if they've bought into the faulty logic of the mainstream economy.

In such ways, it is easy for co-ops to inadvertantly re-create the inequalities that exist in the larger economy.  And as we all know, inequality in the larger economy falls most heavily on minority communities and people of color - if we don't take steps to understand and adjust our reality tunnels, the same will be true in our co-ops.

The only reality that any of us know is the one that we experience through the filters of our individual reality tunnels.  Our reality tunnels have been formed in large measure by the currently existing socio-economic system and by our particular places within it.  As individuals within cooperative projects negotiate with eachother about the structure of their projects and how the proceeds will be divided, these differing realities can, if left unexamined, lead us to the same injustices that we are trying to conteract in the traditional economy. If we truly want to change the economic system, we will have to consciously change our reality tunnels - and this is just as true for people at the bottom of the economic ladder as it is for those at the top.

My treatment of this topic is, admittedly, greatly simplified, but I hope that it has made clear how the perspectives on reality we bring to our work in the cooperative movement can serve to reinforce some of the more distasteful aspects of the non-cooperative economy. It's my hope that by speaking openly about these issues, we can avoid that outcome.

Movements at the Crossroads