On "There Never Was a West" 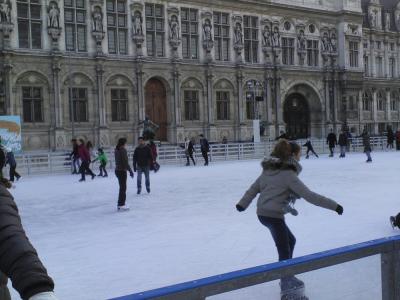 I have been working my way through David Graeber's Possibilities: Essays on Hierarchy, Rebellion, and Desire, a 2007 collection published by the AK Press. Several of the essays were strikingly useful but "There Never Was a West" had the strongest impact. To paraphrase and over-simplify, Graeber points out that history offers us no precedents for the kind of democratic Nation or State that progressives appear to pine for. He reminds us of the active dislike of "Democracy" by the Founding Fathers of the United States and even of the undemocratic views and positions of such "ardent democrats and revolutionaries" as Patrick Henry himself.

The essay, overall, questions the academic fantasy that "The West" somehow is a singular and consistent founding civilization, evolving from some relatively primitive awakening of social and political consciousness toward ever higher levels of moral, political, and ethical purity. Graeber calls on many reputable sources to remind us that inconveniences so such a rosy fable are happily ignored by the myth-builders. It is all a form of cultural and self-aggrandizement that is common to those who think themselves the victors and owners of the future.

Graeber's primary point is that the kind of egalitarian, participatory, Democracy favored by The Co-operative Movement and other Progressive movements and leaders is a repudiation of the basic principles of "The State." Democracy, in this form, emerges in small groups. It has been observed in cultures all over the world. It has been identified as active from writings from antiquity. But it works, obviously, to eliminate significant differences in political, social, and, ultimately, economic power among its participants. It is a feature of the approach. The various forms of governments, down through the millenia, that have ruled the larger aggregations of people, have been instituted to provide mechanisms to allow, nurture, and protect such differences. The point is that The State is an entity created to establish and protect such distinctions. It is granted, in practice, a monopoly on coercive power (courts, police, prisons, and its military) to enforce such protections. Mechanisms of coercive power are antithetical to the kind of egalitarian, participatory, co-operative Democracy so many of us work to institute wherever possible.

As powerful as the insight is, it was for me only as important as the discussion of the claims by the intelligentsia for Western Civilization and its exceptionalism. Graeber's discussion of the invention of "The West" from a rather more lumpy and erratic pattern of fits and starts is actually quite amusing. One remembers that but for accidents of war and the weather, it could have all been very different. In the end, I find myself wishing, somehow, there had been a few different turns taken.

The rest of the essays in the book are powerful, insightful, and enjoyable as well, but this one dominates my thoughts days afterwards. If we are still inventing "Democracy", it is a very different matter than our recovering it from some lost past golden age. There are no manuals to follow. There are no exemplary leaders to emulate. We are breaking new ground and fighting for a liberation from a long tradition of being subjected to the coercive power of the governing regime(s).

Closer home to the GEO Newsletter and the Co-Operative Movement, it points out just how radical thinkers like Robert Own and Henry George and the Rochdale Pioneers truly were. We are heir to a thread of re-awakening with more homage due the early Anarchists (Bakhunin, Kropotkin) than we sometimes pay. The work that we do in parallel with activists like Graeber, and Gar Alperovitz is part of a deeper movement to truly establish the equality of all people.

GEO blogs are part of our mission to provide a platform for co-op practitioners and solidarity economic organizers to share their thoughts and experiences with a wider audience.  Any views and opinions expressed are those of the author and do no necessarily reflect the views of the GEO Collective.  If you would like to start a blog on GEO, please contact editors@geo.coop.