Into the GEO Hopper 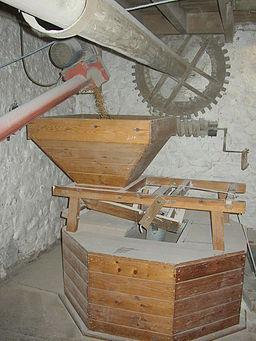 About a week ago, the core members of the GEO Collective met for our twice-yearly weekend retreat. It was the third gathering of this sort that I've attended and something particularly stuck-out to me this time around. It's something I like to call “the Hopper,” and it works wonderfully well with this particular group of people.[1]

The Hopper is where you throw your ideas, suggestions and idle musings; where they get tumbled around with the ideas, suggestions and musing of others in the group; and from which they inevitably emerge much better—more practical, more sensitive to different aspects of reality—than they were when they went in. The Hopper will also sort the “wheat from the chaff,” and let you know if an idea is completely unfeasible or wrong-headed. The Hopper, to put it succinctly, is the location—or rather the process—of group thought. It's an expression we used a lot at our Occupy encampment in Missoula: “throw it in the Hopper and see what comes out!”  What comes out is almost invariably better than what went in.

There are a couple of psychological and cultural prerequisites for creating a well-functioning Hopper within a group of people. The first is that each individual in the group needs to understand, on a deep level, that no one individual knows as much as the whole group. I'm told there is a Japanese idiom that states “none of us is as smart as all of us.” That cuts right to the heart of the matter. Everybody has different information—no one of us has all of it—which is why we need the Hopper.

Here in the US, we are so used to simply choosing between one pre-determined solution and another (whether it be Democrats and Republicans in our elections, or Capitalism and State-run Socialism in our economics), that it can be difficult to not become attached to our own ideas or plans and to see any modification as a refutation. If we're not right, we seem to think, then we must be wrong.

But a well-functioning Hopper requires the presence of people who can see through this way of thinking, and have come to the realization that no idea they come up with on their own will be as good as an idea that the whole group has had a chance to work on. In order for the Hopper to function properly, that is to say, you need to have people who want to throw their ideas into it. You need people who aren't looking to impose their own ideas on others because they understand that their idea alone is not as good as it could be. So the first thing you need is participants with the requisite level of humility.

The cultural aspect is connected to the psychological, and seems to me to flow naturally from it. The culture that a group needs to create a well-functioning Hopper must be one in which everyone is aligned with a broadly-defined collective goal. At GEO, each of the members is dedicated to creating and catalyzing more democratic, more just, forms of economic activity. This dedication, and the trust that we have for one another—that we are all working toward the same broad ends—is essential to making our Hopper work. If one or more members of the group were focused on using GEO to advance their own personal or career goals, those non-aligned purposes would interfere with, and possibly destroy our Hopper all together. Someone inserting suggestions that don't serve the groups overall goals, but rather are designed to further their own personal agenda, is a sure way to gum up the works.

I've experienced the benefits of the high-level Hoppers in many situations: in the GEO collective, in Occupy groups, and even while sweeping floors in a capitalist nursing home (the department manager was a naturally cooperative woman). The willingness to throw ideas into the Hopper, with the understanding that they will likely look very different by the time they come out—and the excitement that's generated by participating in this type of group thinking activity—is a powerful tool for all groups of people, but especially for those of us working in the Solidarity Economy movement.  So the next time you have a great idea, make sure to throw it in your local Hopper before you roll it out to the world: it's guaranteed to be more effective that way.

[1] For the citified among you, a hopper is a machine that removes dirt and debris from grain prior to milling by shaking or bouncing it, i.e. making it “hop.”