This is how I concluded my blog last week on what seems to be the promise of Piketty’s work:

It seems to me that some heavyweight mainstream economic thinking is emerging that might be very supportive co-operative/solidarity and other movements for alternative economics. But that still leaves us with the overarching problem of how do we generate the power to move our movements more dynamically. 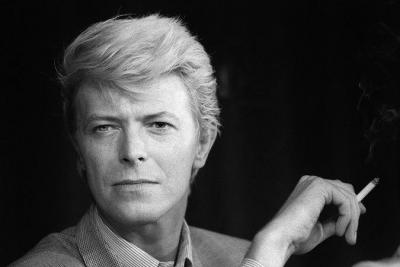 David Bowie’s recent death brought out a ton of responses and appreciations for his work and life. I was particularly affected by Simon Critchley’s tribute/reflection in the NYTimes. Simon is a philosopher I like a good bit. I hadn’t listened to Bowie much, but the title of the piece grabbed me: Nothing Remains: David Bowie’s Vision of Love. I had to read it. And it turned out to speak directly to how to “generate the power to move our movements more dynamically.”

Critchley says that “[a]t the core of Bowie’s music and his apparent negativity is a profound yearning for connection and, most of all, for love.” He expands:

Within Bowie’s negativity, beneath his apparent naysaying and gloom, one can hear a clear Yes, an absolute and unconditional affirmation of life in all of its chaotic complexity, but also its moments of transport and delight. For Bowie, I think, it is only when we clear away all the fakery of social convention, the popery and jiggery-pokery of organized religion and the compulsory happiness that plagues our culture that we can hear the Yes that resounds across his music. (emphasis added)

And this involves Bowie being a class-hero for Critchley:

…when I listen to Bowie’s songs I hear an extraordinary hope for transformation…This also has a political meaning. Bowie was often wrongly seen, particularly back in 1970s, as some kind of right-wing nationalist (I note, with some pleasure, that Bowie, unlike Mick Jagger and Paul McCartney, turned down the offer of a knighthood from the queen in 2003).

There’s another line from “Blackstar” that is particularly powerful. Bowie sings,

What was being negated by Bowie was all the nonsense, the falsity, the accrued social meanings, traditions and morass of identity that shackle us, especially in relation to gender identity and class. His songs revealed how fragile all these meanings were and gave us the capacity for reinvention. They gave us the belief that our capacity for changes, was, like his, seemingly limitless. (emphasis added)

I am convinced that we all can learn how to generate our “capacity of reinvention” as he did.

Now I am not going to leave that sentence hanging out there as a sweet nothing. Critchley emphasizes Bowie’s “absolute and unconditional affirmation of life in all of its chaotic complexity.” Getting to that kind of affirmation involves a wicked ride through that “chaotic complexity” of life. Listen to his clear grasp of paradox and ambiguity in the “English Evergreen” verse. He seems to be saying I ran after fame even though it was “nothing to me,” nothing to get excited about.

Haven’t/aren’t we all doing that in one or many ways in our own lives. Me for sure, if not you. He seems to have been someone who drew power from immersing himself in his conflicts which he then used to transform himself by creating a wardrobe of identities. No dogmas. No “this is who I am.”

Although I didn’t pay much attention to his work, it was almost impossible not to get a sense that he was this character who kept becoming so many incarnations of himself. And, if Critchley is correct, he did this by embracing his dark side with his imagination and rejecting our social bullshit. Thus freeing himself of having to defend himself from these fixations he could soar in so many different ways.

As a result he was able over his long, long career to keep generating the power for having enormous impact through his reimagining the worlds of pop music, art and fashion. In the words of John Nichols of The Nation:

Like his intellectual icon, the unruly and unconfined socialist George Orwell, Bowie eschewed ideological predictability for boundary-breaking expeditions along the frontiers of cultural change.

Precisely what are movements want to do, but have not yet generated the imagination, focus, and power to do so.

Finally, Nichols speaks directly to the huge problem our movements have with getting visibility:

Bowie was sensual, Bowie was adventurous, and Bowie was a star. He remade himself as the fabulously androgynous Ziggy Stardust at a time when television was still airing new episodes of “Gunsmoke,” and Richard Nixon was in his first term as president. Suddenly, it seemed as if everything was changing very fast—and very much for the better. Mainstream media and mainstream politics were what they were; but there, on television and in the music magazines, was David Bowie casting seductive glances in the direction of Mick Ronson.

Yes, our movements could do wonders with Bowie’s kind of transformative guts, outlook, and energy.

P.S. I found Nichols’ description of Bowie as the ‘apolitical’ insurrectionist who taught us how to rebel” wonderfully paradoxical.

Advancing the Development of Worker Co-ops 4