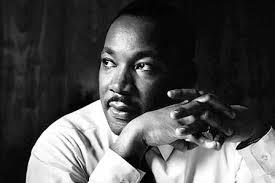 IN THE LAST YEAR of his life, Martin Luther King Jr. struggled with what are best understood as existential challenges as he began to move toward an ever-more-profound and radical understanding of what would be required to deal with the nation’s domestic and international problems

The direction he was exploring, I believe, is far more relevant to the realities we now face than many have realized—or have wanted to realize...

Here was a man—especially in the last years of his life—who clearly was thinking not simply about new programs and policies, but about what can only be called changing the system. “True compassion is more than flinging a coin to a beggar,” King said. “It comes to see that an edifice which produces beggars needs restructuring.”

On another occasion, King said, “One day we must ask the question, ‘Why are there 40 million poor people in America?’ And when you begin to ask that question, you are raising questions about the economic system, about a broader distribution of wealth. When you ask that question, you begin to question the capitalistic economy and to ask questions about the whole society.” Elsewhere he added, “Call it democracy, or call it democratic socialism, but there must be a better distribution of wealth within this country for all God’s children.”