In Praise of Equal Pay: Towards a New Common Sense

“Common sense is the collection of prejudices acquired by age eighteen.”

In the introduction to the Democracy Collaborative's 2015 Impact Report, President and Co-Founder Ted Howard says that their organization feels that they are building “the fabric of a new common sense.” I like that they are speaking in these terms and I agree that “a new common sense” is something we desperately require in these times of increasing financial inequality and a stagnating national economy*.

We need a new common sense because what now passes for it is, as old Albert observes, nothing more than long-held prejudice.  Societies, like people, understand their own prejudices as simple common sense. Thus we see the persistence  of institutional racism in our country, disquised as simple logic.  Of course we should let cops stop-and-frisk suspicious looking (Black) people, it just makes sense.  The prejudices of our national adolescence still exert their sway today, only in slightly veiled form.

The particular form of prejudice masquerading as common sense that bugs me the most (probably because it is the form that has effected me most directly) is the common sense notion that manual labor deserves less monetary compensation than managerial or intellectual labor. This prejudiced notion is so embedded in our economic common sense that it is practically never questioned. 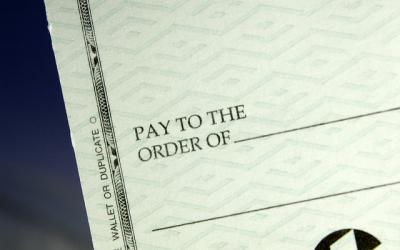 Except it doesn't. Consider: the single biggest factor in increasing human lifespan and overall quality of life has been improvements in personal and community hygiene. The use of soaps and disinfectants has greatly reduced the incidence of infectious disease and increased the efficacy of medical care. Centralized waste collection and sewage treatment has removed major vectors of contagion from city streets. So why is it that the members of our society who are charged with applying the disinfectants and maintaining our public sanitation are often the lowest paid among us?

If the level of one's wages were dependent on one's value to society, janitors, sanitation workers, housekeepers, laundry workers, and personal care assistants would be the highest paid professions in our society, not tech company CEOs.

Another reason that our current “common sense” pay distributions don't actually make sense, is that remuneration should be directly proportional to the unpleasantness of doing a particular task. Dirty, dangerous and degrading jobs should receive a pay premium, not a pay reduction.

Why should it be the case that the CEO gets to have a position that is socially admired, isn't physically demanding, doesn't risk physical injury, and that gets paid more money? And why should someone who does work which is indispensable to society be expected to put up with mentally monotonous, physically dangerous or intensive labor, that receives no social respect  and also get less money for doing it?  Wages should, by all rights, work to off-set the inequalities inherent in different forms of labor, not to magnify them. For cooperative practitioners and cooperative developers, this is an issue that we must not neglect, in my humble opinion, if we seek to create a truly just and transformative movement.

The “common sense” notion that some people's labor is worth more than other people's – and often radically more – is one that we must replace with a new common sense that respects the dignity of all people and of all labor, and which values all people equally: in financial as well as social terms.

It is for this reason that the worker-owners of the Linnton Plywood Association, organized in the early 1950s, made the decision to pay everyone the same hourly wage, whether they were a skilled millwrite or the guy sweeping up the sawdust. Here's what some of the worker-owners had to say about their unconventional pay scale (or rather, lack thereof):

“You had people doing menial jobs making the same pay as a real craftsman, a highly skilled individual. You have to become accustomed to it. You think, “well, that just won't work.” But it does, it does. You all work together, do the best you can”

“I never really felt bad about making the same pay as everyone else, cause that's what you bought into, you know. If anybody was going to make it around here, we'd all make it together. It'd depend on the hours you put in.”

“My feeling was that some of these people that did these menial jobs, they were getting pretty good pay. They wouldn't make that much working in a company, but it was a boring job and they deserved something for being willing to do it.”

That is what the attitude of true solidarity sounds like, and it's one that we should all seek to adopt, in my humble opinion. Unfortunately, we have reproduced in our cooperative movement the same nonsensical and prejudiced view that some people's labor is worth more than others that prevails in our current dysfunctional system.

While it is – thankfully –  not always the case, all too often the people who go to work dressed in “business casual,” helping traditionally low-wage workers organize worker co-ops, end up making multiples of what any of those worker-owners could ever dream of making.  This reality of our movement means that the whole process of co-op development is often more lucrative for co-op developers (whose salaries often come from grants and donations) than for worker-owners, regardless of actual business outcomes. This problem will only intensify as more money flows from government and foundation coffers into cooperative development initiatives. But these pay (and risk) disparities are just a furthering of the current paradigm, and add financial injury to psychological insult (see my last post on the savior complex if you're  unsure what I mean by that).

My radical proposal, therefore, is this: that we take wage equality as the ideal for worker co-ops (as well as being the common sense approach) and that co-op developers commit to an hourly wage that doesn't exceed the median wage that the worker-owners they are helping are able to make**.  Such a proposal, if actually realized, would solve a number of problems that still plague our movement – problems which are the results of left-over prejudices from our society's youth.  Gender and race wage gaps, for instance, would become a moot point in the cooperative movement, were we to adopt this rule, as Canadian worker-owner Gabrielle Anctil writes in her recent article about issues confronting co-ops in the tech industry,

In fact, equal wages close that gap where women traditionally earn less than men. And the symbolism of that is very strong.

I would add that it's not only symbolism, but true solidarity for a group of people to agree to equal pay – a case of everyone putting their money where their mouth is.  Antcil continues, a little later on,

If we don’t want the same old cliches playing out – women being note-takers at meetings even when the job is supposedly shared, men expecting to get paid for work that they wouldn’t pay non-male colleagues for, job postings with only the masculine form of words (in French, all nouns have genders) – then we need to state explicit rules banning them and not let them slip by.

Effectively, a big challenge in a coop where everything can be discussed openly is to unearth all the invisible stuff. You know, the stuff that is generally done by the underpaid, undervalued employees. Or even, as CoLab folks found out, the big stuff that somehow had been kept secret. Like how much everybody earns.

When I spoke with Ralph Cutler and Ethan Winn, it was obvious that making everybody’s wages public to the membership had been a big move. It exposed, for example, that some women had been willing to get paid less because they cared about the mission of the coop. When the numbers became available, they became a powerful tool in the ongoing conversation about inclusivity.

Our mainstream common sense says that some people's labor is inherently worth more than other people's.  However, it's generally considered impolite to ask someone what their income is, and so we don't generally put too much critical thought into what those pay differnetials actually are, or what they imply.  The result is that, without even thinking about it, we continue the dysfuntions of the mainstream economy, one of the biggest of which is the absurd over-valuation of white-collar labor, and consequently, the absurd under-valuation of manual labor.

Here's an example drawn from real life (with the numbers rounded off bit to make the math easy). Say a white male professional gets paid $90,000 per year to help develop some worker co-ops in a low-income Black community. Let's say that the co-ops struggle to survive, and are barely able to keep their heads above water only by cutting their own salaries to $18,000 per year. In this scenario, the developer of the struggling worker co-op is making 5 times as much the worker-owners are. In order for such a pay differential to be justified on the basis of merit, we would have to assume that the developer creates more value by Monday at 5 pm than any of the worker-owners create in an entire week!  That is not only an absurdist proposition, it is also insulting to the worker-owners, without whose labor the developer wouldn't be making any money at all.  But this kind of absurdity passes unnoticed and unnamed all the time, on the basis that it is just "common sense."

Even if we could accept the eyebrow raising claim that one person can do more in a day than another can do in a week, the pay differential would still be unjustified for the reasons detailed above. If we want to create a truly just and truly transformative cooperative economy, we need to take the Democracy Collaborative's advice and start building a new common sense. I humbly suggest that pay scales within co-ops, and between co-op developers and co-op practitioners, is the place to start.

* While the mainstream press and most of our prominent politicians have been crowing about our economic recovery, it was only in the last quarter of 2015 that we finally recovered all of the full-time jobs that were lost during the 2007-2008 financial crisis. And while the headline unemployment number has been steadily decreasing, so too has the percentage of prime working-age men who are not active participants in the official labor force. It's only by padding the employment statistics through such expedients as counting both someone who works 1 hour a week and someone who works 40 hours per week as equally employed, and totally ignoring the long-term unemployed, that the numbers have been made to look so untroubling. While the headline unemployment figure hovers around 5.5%, the percentage of people who are “not in the labor force” but want work or are getting fewer hours than they need to get by is nearly twice as high. Even this statistic (the U6 unemploment rate) understates the gravity of the situation as people who have not actively looked for work in the last year are not counted as unemployed, nor are the victims of the prison-industrial complex.

** I offer this proposal as a first approximation of what equal pay might look like for co-op developers, and sincerely hope that others will offer improvements and suggestions to it.  There are, of course, many instances in which it may be totally acceptable for one worker-owner to be paid more or less than another, or for a co-op developer to make more or less than worker-owners, but those instances require forthright and open discussion which, as always, is what I'm hoping to stimulate.