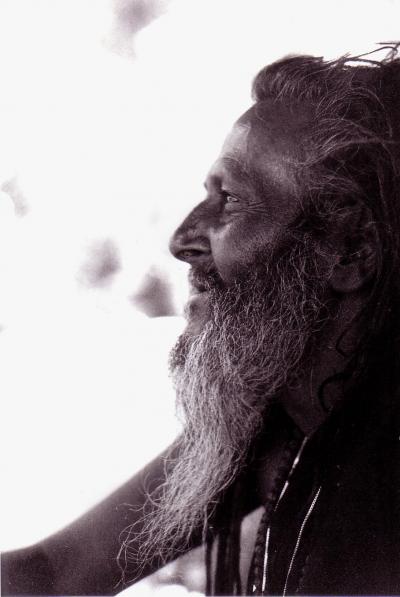 I've written a little bit before about Kali Baba, my spiritual mentor, who is an 80ish Hindu holy man who lives in a small hut on the hilltop of Mahankal, about an hour East of Kathmandu.  I've had the opportunity to spend a good bit of time in his presence, due to our work together on building a community school (which was destroyed, unfortunately, by the 2015 earthquake), and there is one particular story that he told me that has really stuck with me over the years -- and that seems especially apropos for a Sunday blog on a cooperative economics website.  But first, a little background:

The Hindu belief system sees creation as cyclical: a universe is born, grows, declines, and finally returns to the infinite from whence it came...and then another universe is born, grows, etc. and the process repeats itself, infinitely.  Each cycle is characterized by a number of stages, and each stage has particular characteristics which typify it.  For instance, the stage we are living in now is known as Kali Yuga -- the last stage of a creation cycle -- which is typified by increasing greed and violence, as people forget dharma (i.e. the ways of living harmoniously as part of creation) and the world slowly collapses.  Sound familiar?  The good news is that eventually this age will reach an end and we'll start fresh from the beginning.  In the meantime, however, we are living in the darkness before the dawn.  But things weren't always like this, and it's a story about the previous age that I want to share with you today.

There are a number of differences between the previous age and this one we live in now, and one of the biggest is that in the previous age any blessing a parent gave to their child was effective.  Always.  Sounds like magic, right?  A parent would simply place their hand on the head of their offspring and speak their wish for the child, and that wish would be fulfilled!  If a parent said to his child, "May you grow up and become a doctor," that child would grow up and become a doctor.  It sounds like magic and it was magic...of a sort.  Here's how it worked.

It's very difficult to become a doctor.  A person needs money to travel to medical school, to purchase books and supplies, and to fund their enrollment.  They need free time, without domestic responsibilities, so they can focus on their studies.  They need to be housed, fed, and taken care of while they put in the long hours of intellectual labor needed to acheive their goal.  And who will provide all of this?  Not the student, who is otherwise occupied.  The student's family, certainly, but what if the burdens are too great for even the rest of the family to bear?  In the previous age this was never an issue, because as soon as a parent bestowed their blessing on a child, the whole community did what was needed to turn that wish into a reality.  Someone with money for books and tuition would provide it.  Another would provide housing or bring meals or do laundry, allowing the student to focus their all on becoming a doctor, so that they could then serve the community that provided these blessings.  It is for this reason alone, and not any mystical or metaphysical ones, that every parent's blessing was effective.

In the age of Kali, though, people will balk at this, thinking that such social arrangements would place an undue obligation on them to provide for the welfare of others, which is not their responsibility.  "Why should I be required to assist someone else's child?"  "Why can't people just take care of their own kids, manage their own lives?"  It is this attitude that has stolen from us the super-power that we all used to possess -- the power of effective blessing.  What we may have gained in individual autonomy has been more than off-set by a loss of personal power...and what good is autonomy without power?

"Other Economies Are Possible!": Building a Solidarity Economy